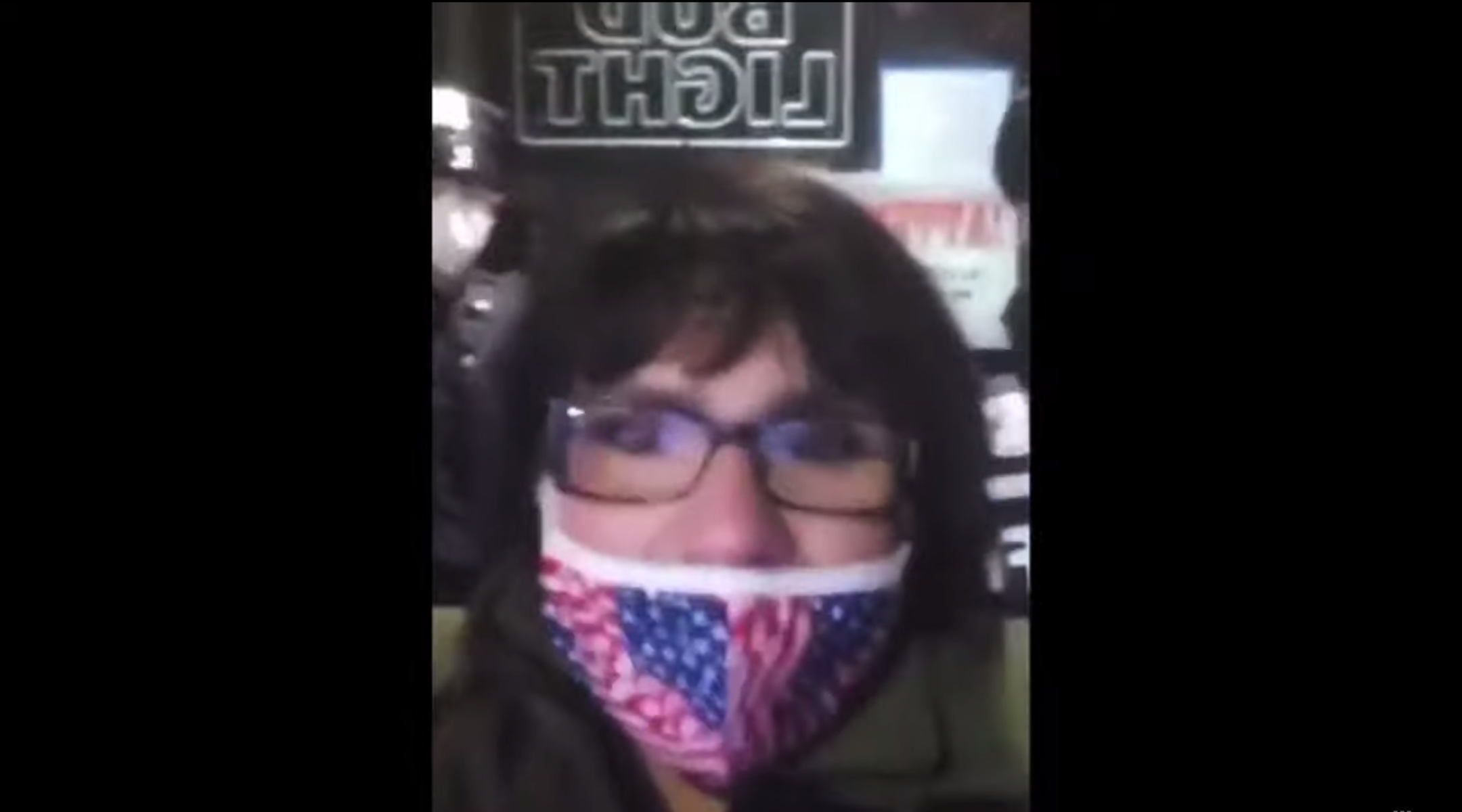 Leticia Remauro, a candidate for Staten Island borough president, speaks to the camera during a December protest where she yelled "Heil Hitler." (Screenshot)
Advertisement

(JTA) — A Republican politician in the New York City borough of Staten Island has apologized for yelling “Heil Hitler” during an on-camera tirade at a protest last month.

Leticia Remauro, a Republican consultant running for borough president, was protesting the closing of a bar last month for violating coronavirus restrictions, according to the New York Daily News. In the wake of the news emerging, she resigned from the Staten Island Hebrew Public Charter School’s board of trustees, according to SILive, a local news site.

At the December protest, after saying small businesses should be opened, Remauro appeared to call for law enforcement officers to resist orders to close down private establishments.

“[They] are only doing their jobs, but not for nothing, sometimes you gotta say ‘Heil Hitler, not a good idea to send me here,'” Remauro said. “‘We’re not going to do it.'” The phrase traditionally signifies loyalty to Adolf Hitler.

Remauro told the Daily News that she meant to say “Mein Fuehrer,” which means “my leader.” The implication, she said, was supposed to be that New York Gov. Andrew Cuomo and Mayor Bill de Blasio were fascists. In her apology, she also defended the intent of her statement.

“I apologize profusely that the words I used in trying to create an analogy were offensive,” she told the Daily News. “But when you think about in Nazi Germany, in Cuba, with Mussolini it starts the same way. They come for your business, your religion, your property and then for you.”

Remauro was following the lead of President Donald Trump in comparing New York’s mayor to the leader of Nazi Germany. In October, Trump also shared a tweet comparing de Blasio to Hitler following a city crackdown on Orthodox Jewish gatherings in Brooklyn.

Speaking Wednesday in Washington, D.C., ahead of the insurrection at the Capitol, U.S. Rep. Mary Miller, an Illinois Republican, said “Hitler was right on one thing” regarding the importance of reaching out to the youth. She later apologized.