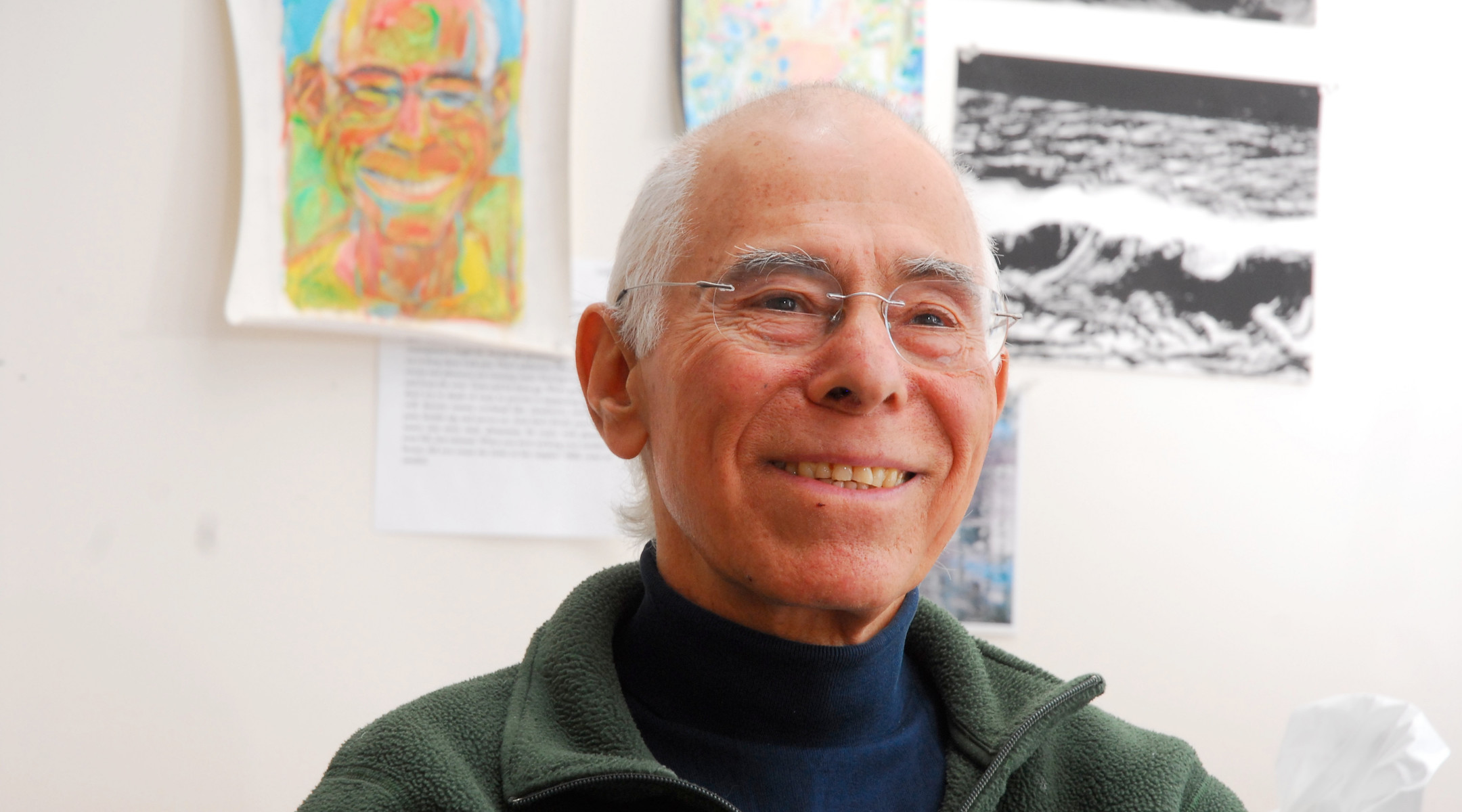 Mordicai Gerstein Caldecott Medal in 2004 for "The Man Who Walked Between the Towers." (Jerome Renault/Courtesy of Holiday House Publishing)
Advertisement

Gerstein won the 2006 National Jewish Book award for “The White Ram: A Story of Abraham and Isaac,” and the Caldecott Medal in 2004 for “The Man Who Walked Between the Towers.”

The artist’s death Tuesday was confirmed by his gallerist, Richard Michelson, of R. Michelson Galleries, in Northampton, Massachusetts, where Gerstein lived.

A painter, sculptor and designer of animated films, Gerstein wrote and illustrated nearly 50 books. He was admired for his often whimsical, playful illustrations. Among his many Jewish titles are “The Jar of Fools: Eight Hanukkah Stories From Chelm,” written by Eric A. Kimmel, and “Sholem’s Treasure,” by Erica Silverman, which garnered the 2006 Sydney Taylor Book Award given by the Association of Jewish Libraries.

Born and raised in Los Angeles, Gerstein took to art from an early age, encouraged by his parents, both Jewish immigrants. After a decades-long career designing and directing animated television commercials and children’s’ television shows, he collaborated in 1971 with writer Elizabeth Levy for “Something Queer is Going,” a popular children’s mystery series. In 1980, he began writing and illustrating his own books.

His Jewish-themed books drew on his love of Midrash, Jewish legends based on biblical stories. “I seem to have always known the stories from the Torah, as if I’d absorbed them by osmosis,” he told the American Jewish Library Association in a speech posted on his website.

“Mordicai was a mensch, the sweetest man,” Michelson told the Jewish Telegraphic Agency. “His work transcended the borders between fine art and illustration and he developed his own distinct style.”

Gerstein is survived by his wife, Susan Yard Harris, also an illustrator, and two children.