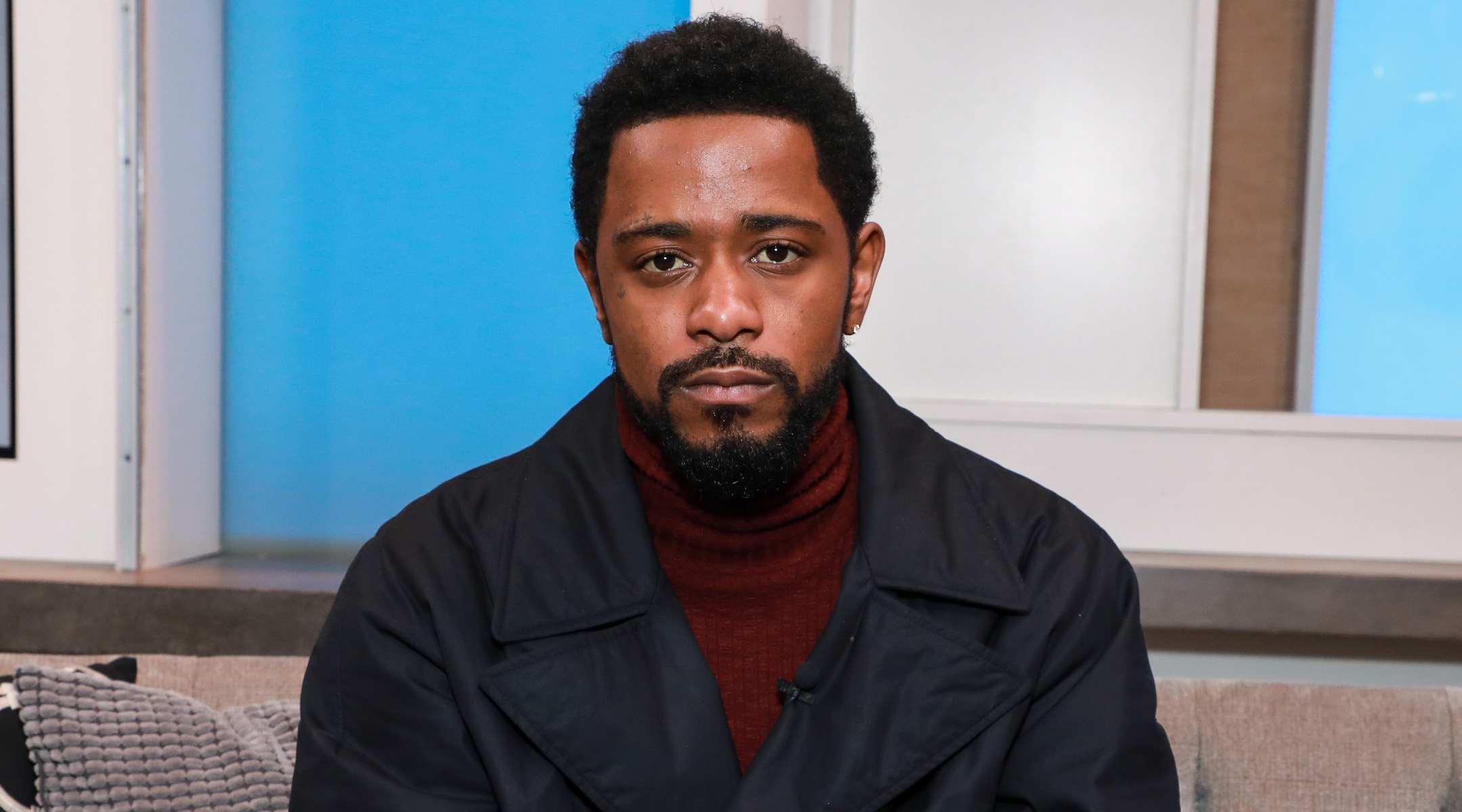 (JTA) — Oscar-nominated actor Lakeith Stanfield co-moderated a room on the audio app Clubhouse in which participants made a slew of antisemitic remarks, The Daily Beast reported Friday.

The room in question had split off from another one on that was shut down on Wednesday night titled “Did Min. Farrakhan Tarnish His Legacy By Being Antisemitic?” The subsequent one was titled “Someone Ended The Room About Farrakhan.”

Participants from both told The Daily Beast that multiple people in each aired antisemitic tropes — including conspiracy theories about Jews controlling the media and the slave trade, in addition to comparisons between Jews and termites — which are often trumpeted by Louis Farrakhan, the antisemitic Nation of Islam leader.

Stanfield, who was nominated for an Oscar this year for his performance in “Judas and the Black Messiah,” co-moderated the second room on the app. Clubhouse launched last year and brings millions of users around the globe together to talk about certain topics and themes.

“I was hearing a lot of anti-Semitism,” one Jewish woman in the room who remained anonymous told the Beast. “People were just allowed to go on and on.”

Stanfield did not make any of the antisemitic remarks.

On Thursday, Stanfield took part in a followup room led by “a panel of Jewish educators,” according to the Beast. He did not specifically apologize.

“I’ve been in a couple rooms where a lot of shit has been discussed and talked about, very heightened emotional states. It’s been very enlightening and interesting to me, I never really knew that this debate existed in this way about identity, the origins of Judaism in Jewishness, and how many different interpretations there are different things, whether or not it’s a religion and ethno-religion or what it is a faith race.”

He added: “Someone would say something that was without a doubt anti-Semitic… and then instead of acknowledging why it was anti-Semitic, it would just go back to that original person, and then it would kind of repeat what they were saying, they clearly weren’t listening to us.”

Stanfield, 29, co-starred in “Uncut Gems,” the 2019 film featuring Adam Sandler as a Jewish diamond salesman that doubled as a take on Black-Jewish relations.