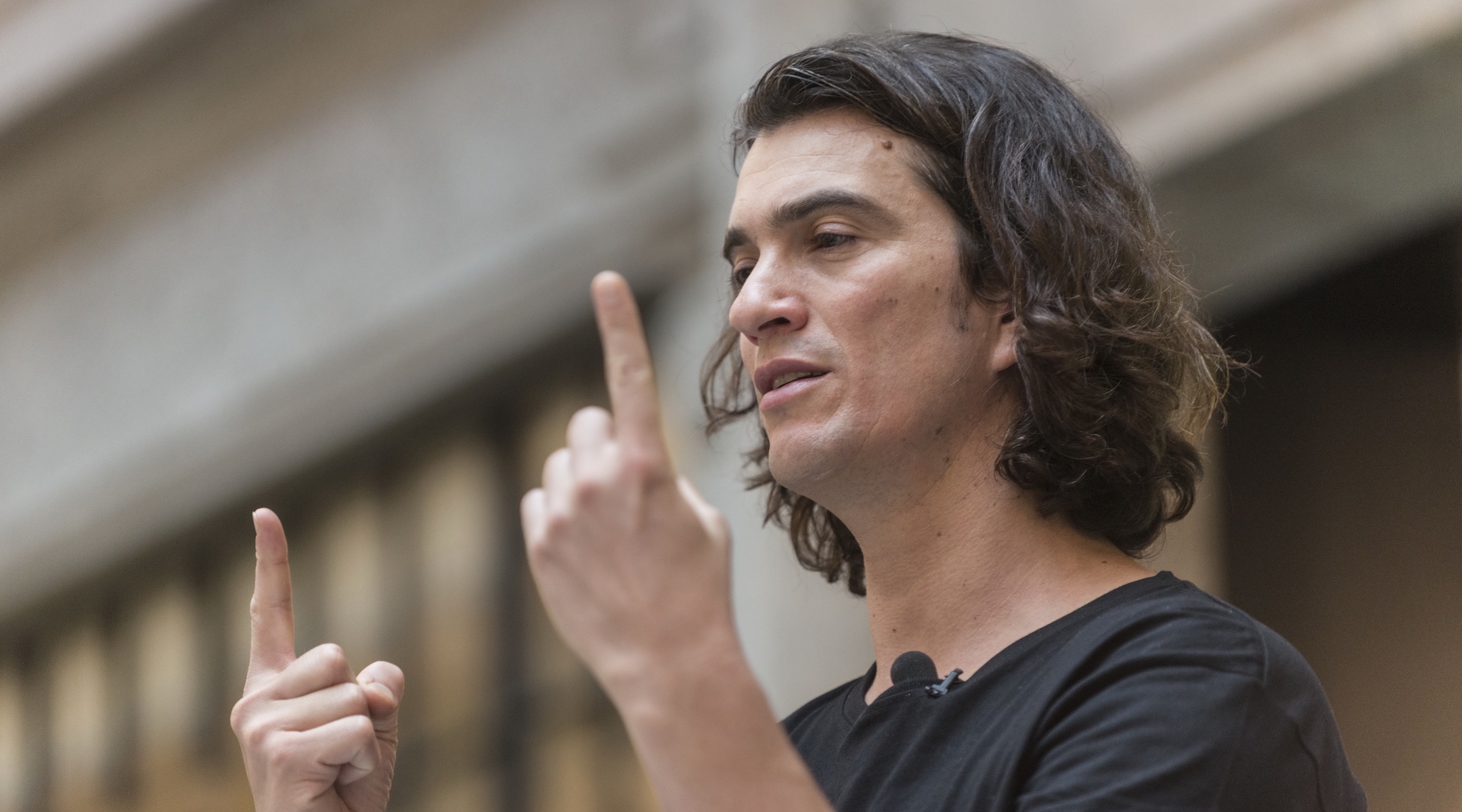 JERUSALEM (JTA) — WeWork co-founder Adam Neumann, who stepped down in September as CEO of the shared office space company, is making a personal visit to his native Israel.

Neumann will not be visiting WeWork’s offices there, the Calcalist reported, citing an unnamed source that the Israeli business news website said is “familiar with the matter.”

He grew up on a kibbutz. His mother, Avivit Neumann, an oncologist at Rambam Hospital in Haifa, told the Israeli radio channel 103FM in October that her son had become religious through the Chabad-Lubavitch movement.

Neumann, 40, was forced out as chief executive, but has remained chairman of the WeWork parent firm, We Co. Under the bailout, he remains an observer and holds a minority stake, The Wall Street Journal reported.

The deal gave SoftBank 80 percent ownership of the company, which at the beginning of the year was valued at $47 billion and heading for an initial public offering. The IPO has been delayed, however, as the company suffered a major devaluation amid investors’ fears over the charismatic but unpredictable Neumann’s control of the firm.