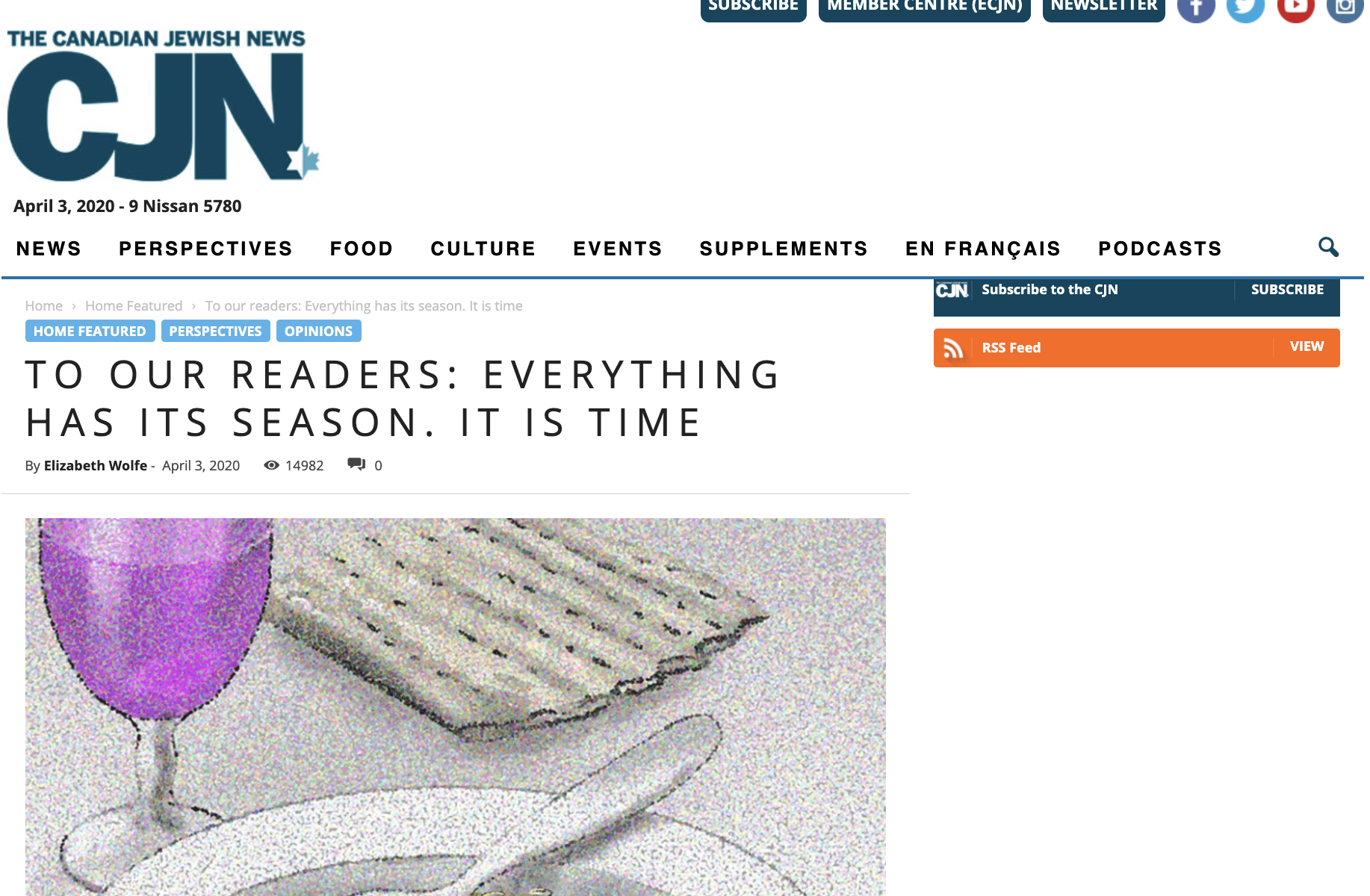 MONTREAL (JTA) — Canada’s flagship national Jewish newspaper of record, the Canadian Jewish News, became a coronavirus casualty after it announced that its April 9 issue would be its last after 60 years.

“Unfortunately, we too have become a victim of Covid-19,” president Elizabeth Wolfe said in an official statement Thursday on the CJN website. “Already struggling, we are not able to sustain the enterprise in an environment of almost complete economic shutdown.”

“There is no other paper. This was it,” Bernie Farber, the former CEO of the Canandian Jewish Congress, told the National Post. “So, along with everything else that’s going on tight now, this just adds another layer of sadness.”

There will be no print or internet edition.

The weekly, launched Jan. 1, 1960 under the editorship of Myer Nurenberger, fell victim to the economic devastation of Covid-19 after struggling to stay afloat since coming to the brink of closure once before, in 2013. It revived after a groundswell of community support.

At the time, the newspaper let go of about 50 staffers in Montreal and Toronto and relaunched with new editorial leadership, a fresh look and layout, and a trendier variety of content. But losses continued to mount and the paper succumbed to the economic woes brought on by the pandemic, said Wolfe. (Wolfe is a member of the board of directors of 70 Faces Media, JTA’s parent company.)

The staff was informed of the newspaper’s demise via video-conference call. Its circulation at its demise was about 32,000.