After Jewish protesters interrupt Trump rally, president mistakenly mocks one of his supporters 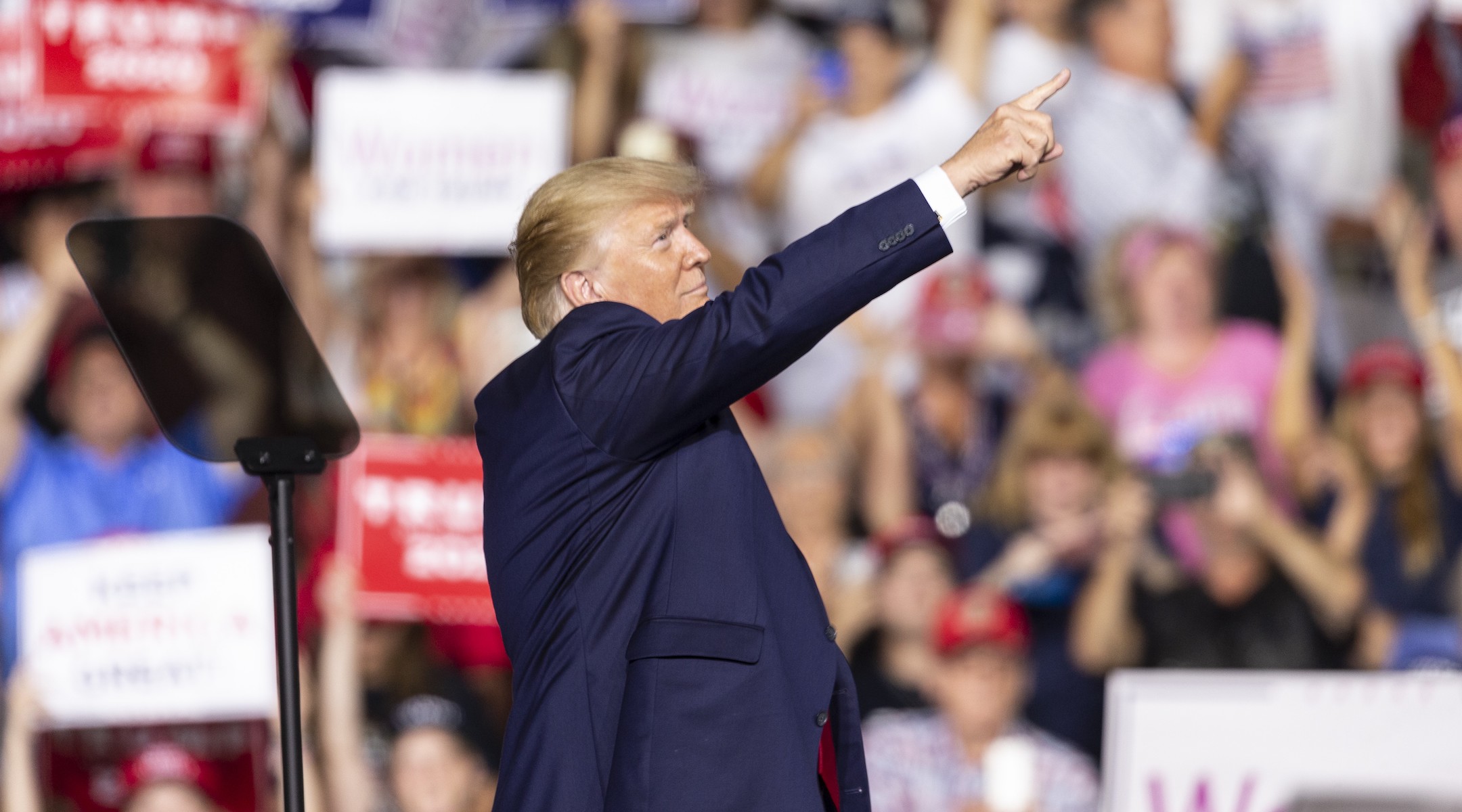 (JTA) — A group of protesters affiliated with a Jewish group interrupted a New Hampshire rally for President Donald Trump on Thursday. In attempting to hit back, Trump ended up insulting one of his own supporters.

The protesters at the event in Manchester belonged to IfNotNow, a Jewish group of millennials that opposes Israel’s control of the West Bank. They held up banners reading “Jews Against the Occupation” and “Trump Is #BadForTheJews.”

But in attempting to address them, Trump mistakenly started mocking a man standing close by.

“That guy’s got a serious weight problem,” he said. “Go home, start exercising.”

Security eventually escorted out the protesters.

The man, it turns out, was not part of the group and actually was a Trump backer. He later told Fox News he wasn’t offended by the president’s mockery.

“Everything’s good!” Frank Dawson later told Fox News. “I love the guy! He’s the best thing that ever happened to this country.”