After Poway, Feinstein reintroduces bill that would raise the minimum age to buy assault rifle 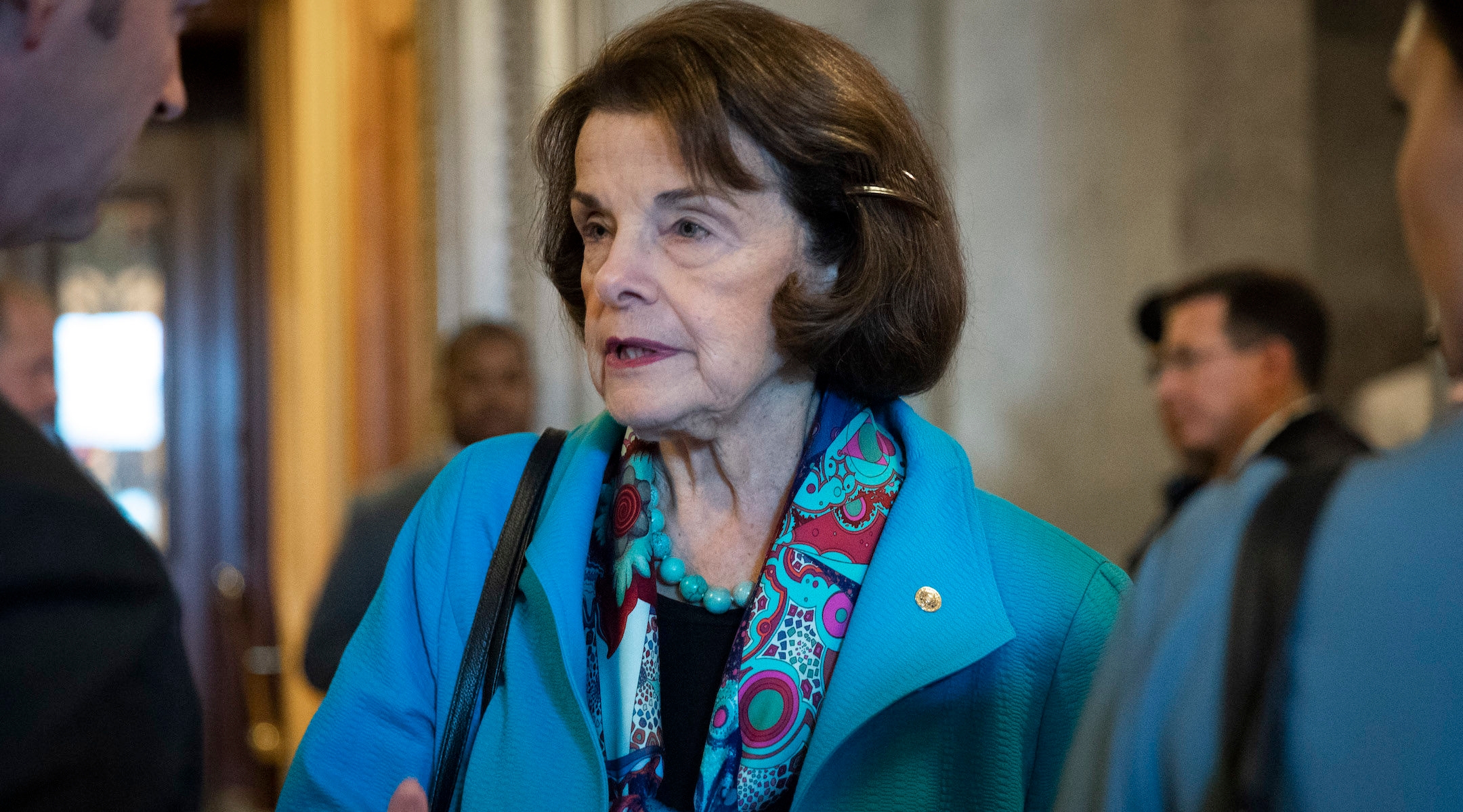 WASHINGTON (JTA) — Sen. Dianne Feinstein reintroduced a bill that would raise the minimum age to buy an assault rifle to 21 in the wake of the synagogue shooting in her state over the weekend allegedly carried out by a 19-year-old.

Under current law, only those 21 and older can buy a handgun. For assault rifles, the minimum age is 18.

“If you’re too young to purchase a handgun, you shouldn’t be able to buy an assault rifle,” Feinstein, who is Jewish, said in a statement. “It’s common sense to prevent the sale of deadly assault weapons to individuals who aren’t even allowed to buy a beer. This isn’t a fix-all bill, but it closes a gaping loophole in federal gun safety laws, and I hope the Senate will act on it swiftly.”

Feinstein’s office said Monday that she was introducing the measure in the wake of the attack in Poway. One worshipper was killed and three were injured in the shooting at the Chabad synagogue near San Diego.

The alleged assailant, John Earnest, is 19.