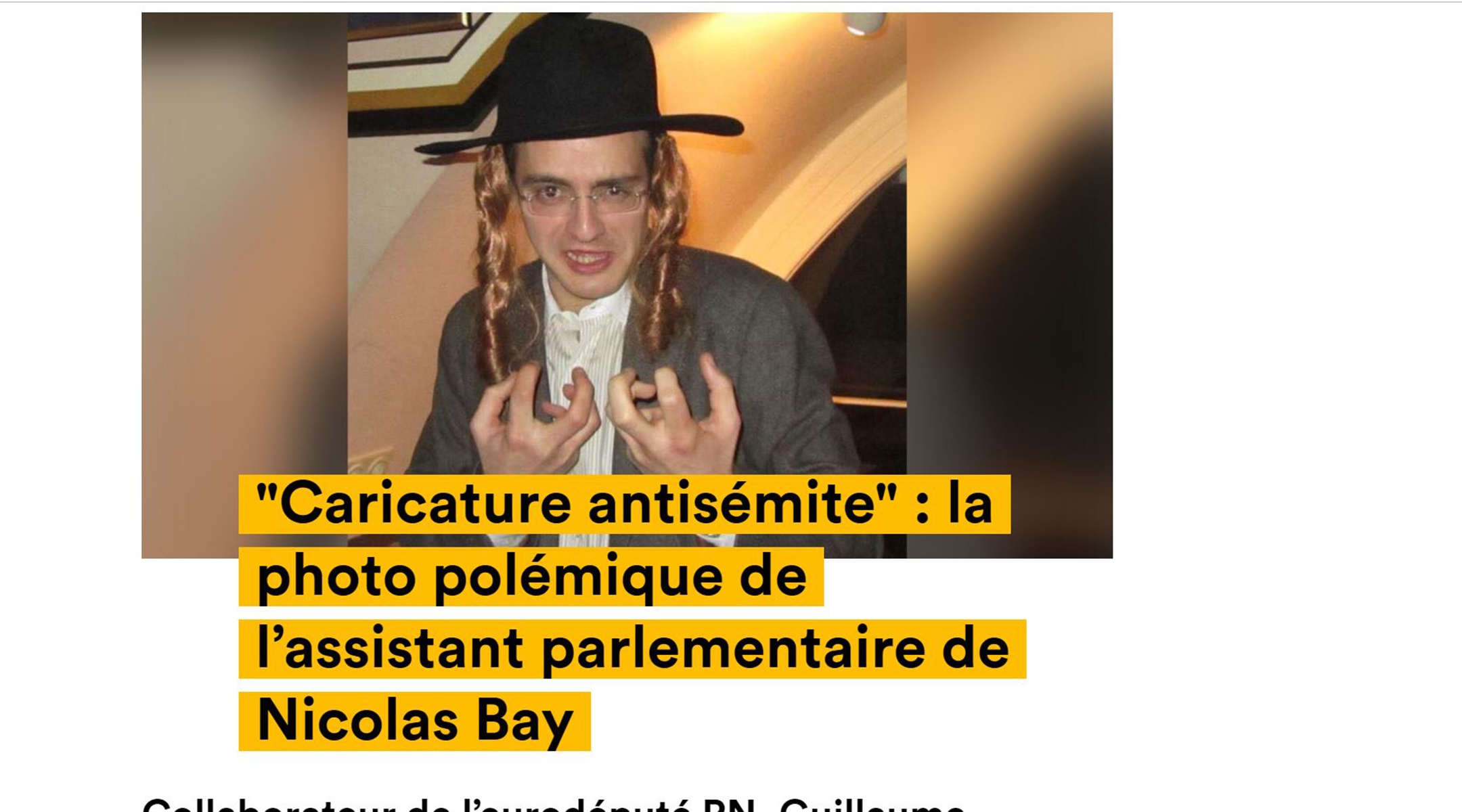 (JTA) — An assistant to the general-secretary of France’s foremost far-right party was photographed grimacing while dressed as an Orthodox Jew and extending claw-like fingers at the camera.

Labeled by the French media as an “anti-Semitic caricature,” the image from 2013 of Guillaume Pradoura, which surfaced on social networks this week, exposed the National Assembly – formerly National Front – to fresh criticism of anti-Semitism in its ranks.

Pradoura is the assistant of Nicolas Bay, ranked No. 7 by the National Assembly on its list for this month’s European Parliament elections.

Bay dismissed criticism over the picture, saying “it was a disguise, a mere joke made in bad taste made privately,” Kobini, a news site, reported Thursday.

Jean-Marie Le Pen, the party’s founder and father of its current leader, Marine Le Pen, has multiple convictions for denying the Holocaust and inciting racial hatred against Jews. His daughter has kicked him out the party and vowed to stop expressions of anti-Semitism in its ranks.

Separately, the Belgian League Against Anti-Semitism on Thursday said it had filed a complaint for hate speech against a man who called himself “gasman” on Facebook and wrote Auschwitz under place of work as a tribute to his grandfather, who executed Jews with the Zyklon B poison at that death camp.

Contacted by the Belgian League’s president, Joel Rubinfeld, the man said it “was just a joke.”