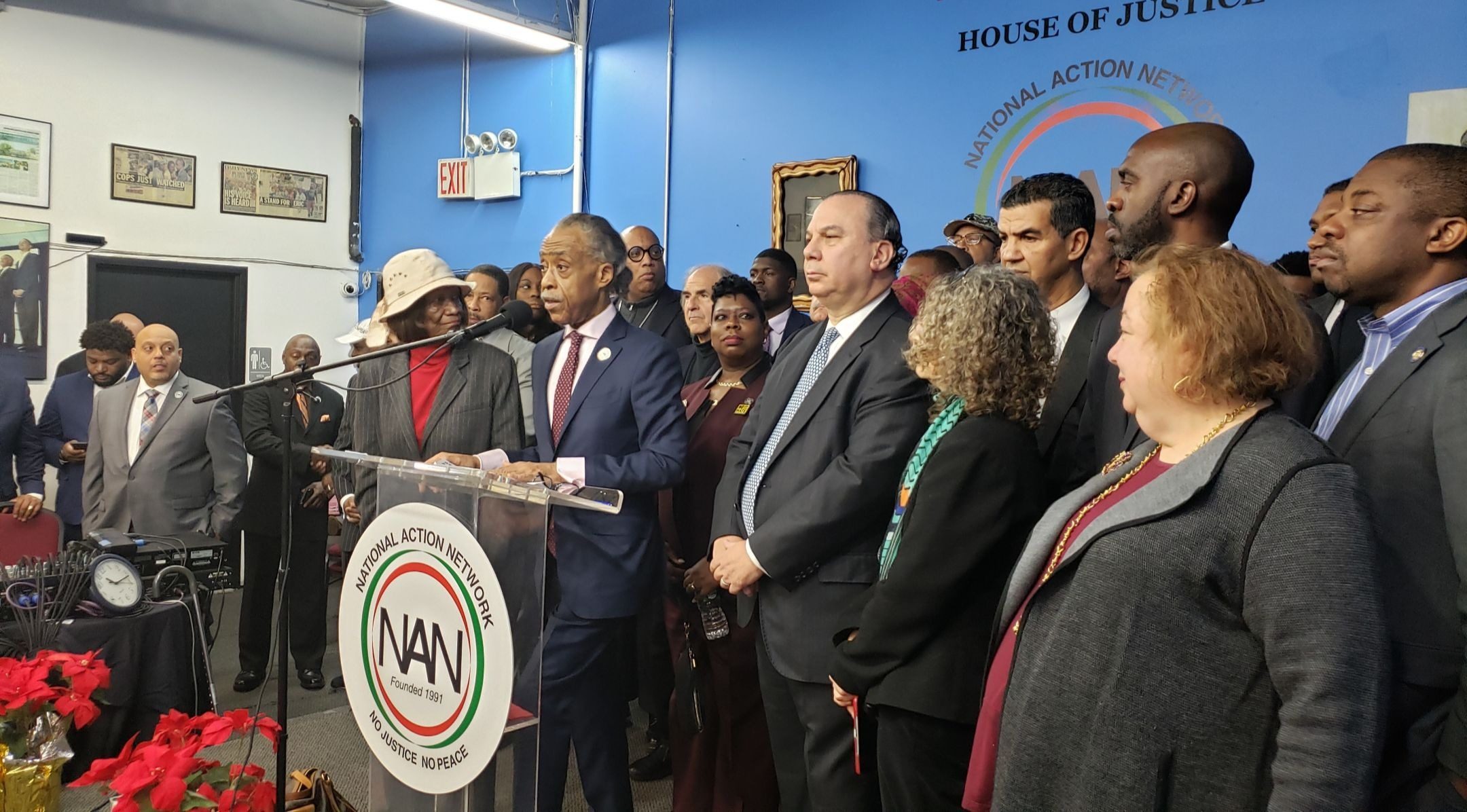 (JTA) — A group of African-American clergy and civil rights leaders gathered by the Rev. Al Sharpton met with a New York rabbi in the wake of the attack on Jews in Monsey.

The African-American leaders met Monday with Rabbi Marc Schneier, president of the Foundation for Ethnic Understanding, to condemn the spate of attacks on Jews in New York in recent weeks.

“I am terribly disturbed by the recent anti-Semitic attacks on Jews, and particularly because they were perpetrated by members of the African-American community,” Sharpton said at a news conference following the meeting. “Rabbi Schneier and I have worked together for many years to bring our respective communities closer together. Today, we must work together to start to repair the damage and terrible pain these acts have caused.

“We in the African-American community know all too well how abhorrent hatred, based on physical appearance or religious observance, is. We cannot now be a part of something that members of our community are doing to other people.”

Schneier said he discussed with the leaders “concrete ways the Jewish and African-American communities can come together to promote our common interests and stem the differences that lead to such violent acts of hatred.” He added that Sharpton’s leadership “will help us repair the damage these acts of domestic terrorism have caused our two communities.”

Sharpton is founder of the National Action Network, a civil rights organization with chapters throughout the United States.

Sharpton’s recent comments stand in sharp contrast to the role he played during the Crown Heights riots in 1991 in which a yeshiva student was killed by black protesters. Critics have said that Sharpton’s incendiary rhetoric helped fuel the riots.

The demonstrations were sparked by the accidental killing of a black child in Brooklyn by a car driven by a member of the Lubavitcher rebbe’s entourage.

In May, the civil rights activist and MSNBC host acknowledged at a Reform Judaism gathering his role in stoking division, recounting how the Rev. Martin Luther King Jr.’s widow reprimanded him for his “cheap” rhetoric. Sharpton reportedly has expressed regrets privately to Jewish leaders for his rhetoric during the 1991 riots.