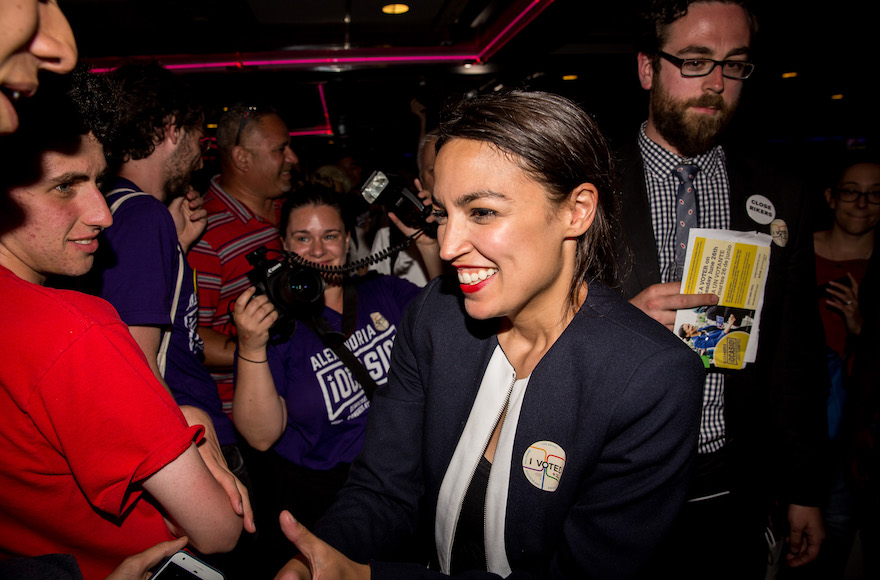 WASHINGTON (JTA) — Rep. Alexandria Ocasio-Cortez, D-N.Y., who is emerging as a leader of Democratic progressives, told a Jewish writer that she would reach out to discuss allegations that Jeremy Corbyn, the British opposition leader, is anti-Semitic.

Corbyn, the leader of the Labour Party, wrote Monday on Twitter that he had spoken with Ocasio-Cortez.

“Let’s build a movement across borders to take on the billionaires, polluters and migrant baiters, and support a happier, freer and cleaner planet,” he said.

The tyro lawmaker replied that the conversation was “lovely” and that she and Corbyn shared “a great hope in the peace, prosperity, and justice that everyday people can create when we uplift one another across class, race, and identity both at home and abroad.”

Elad Nehorai, a Brooklyn-based writer who explores Jewish themes, replied to Ocasio-Cortz, “I hope you’ll take a look at the amount of Jews trying to call attention to Corbyn’s long, documented history of anti-Semitism. The left’s blind spot in this regard can still be fixed. But we need leaders like yourself to listen.”

“We cannot and will not move forward without deep fellowship and leadership with the Jewish community,” she said. “I’ll have my team reach out.” She signed the tweet with a heart icon.

Some 85 percent of British Jews believe Corbyn, who has long associated with Palestinian radicals and in at least one case a Holocaust denier, is anti-Semitic and they say he is responsible for a hostile environment in a party that for over a century was a natural home for Jews.