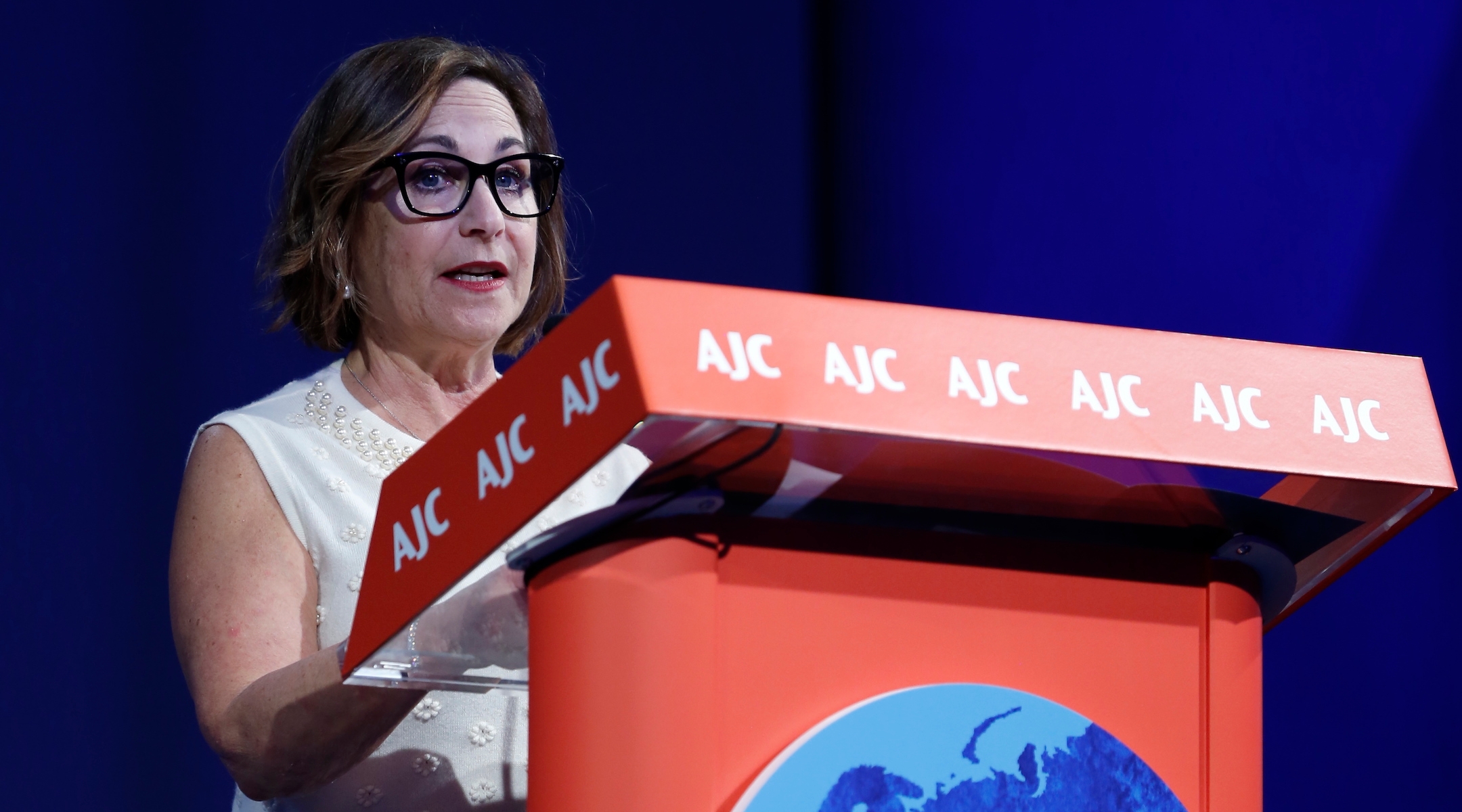 Harriet Schleifer, a longtime lay leader, was elected president of the New York-based advocacy group on Monday during its annual Global Forum conference in Washington. She succeeds John Shapiro.

Schleifer, who lives in Chappaqua, New York, has been involved with the AJC since 2004, most recently serving as chair of the board of governors. She previously worked as a lawyer.

“I am deeply honored, and thankful, to be entrusted with leading over the next three years, in partnership with AJC staff and lay leaders, the most dynamic, pioneering and effective organization in American Jewish life,” Schleifer said in a Tuesday statement.

David Harris, the organization’s CEO, praised the new president in the statement.

“Harriet Schleifer’s passion for the Jewish people,” he said, “for core American democratic values, for Israel, for Yiddishkeit, combined with her unbounded energy are distinctive attributes that, under her leadership, will propel AJC’s pioneering work in confronting the many challenges facing Jews in the U.S., Israel and around the world.”

Schleifer and her husband, Leonard, have also helped revitalize the Chapel Haven Schleifer Center, a residential school in New Haven, Connecticut, for people with developmental and social disabilities.