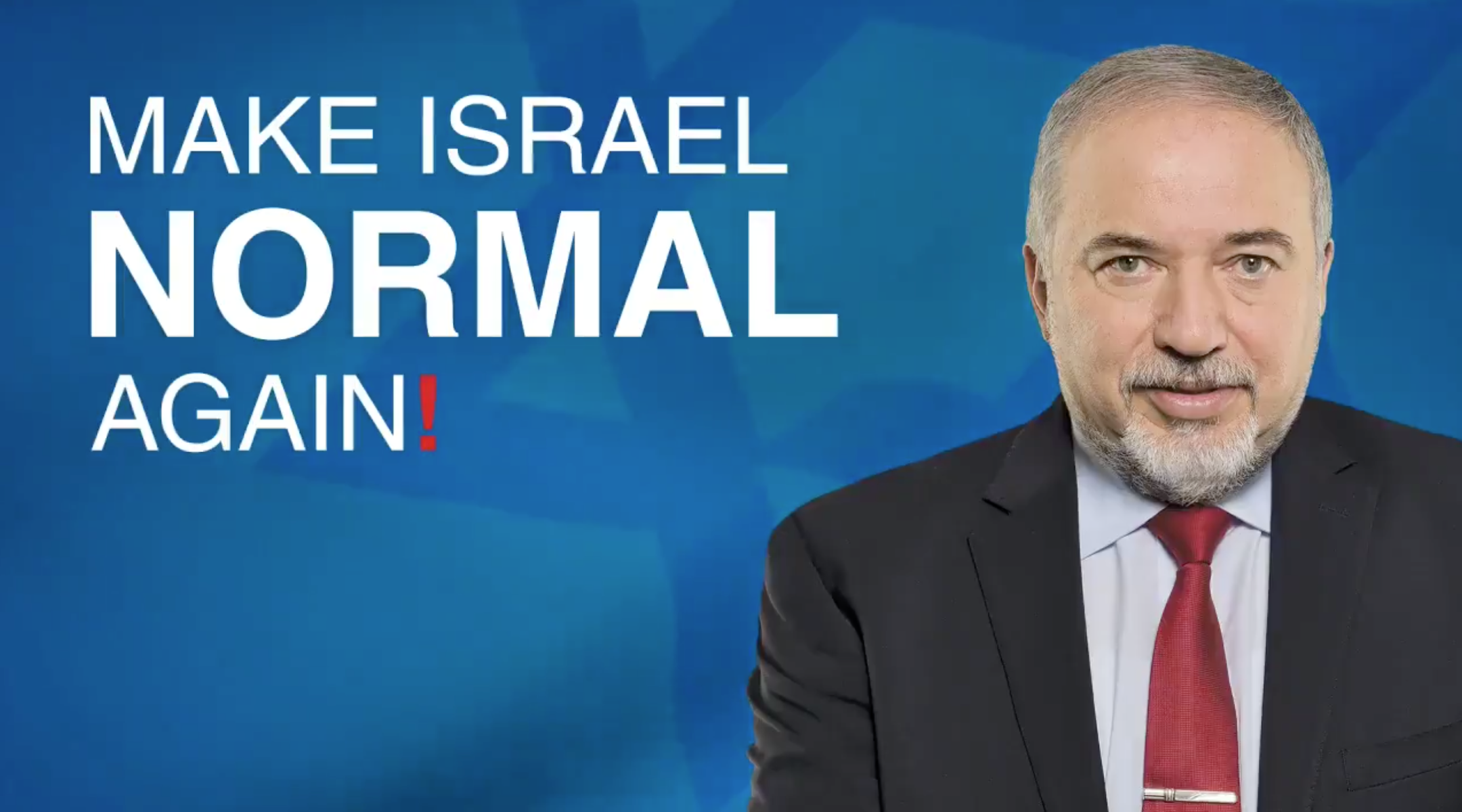 The slogan showed up, in English, at the end of Liberman’s latest campaign ad. Liberman heads the Yisrael Beiteinu party, which has historically stood for the interests of Israel’s Russian-speaking immigrants, advocating a hawkish defense policy and separation of religion and state.

Liberman is positioning his party as a moderate alternative to Israel’s far left and far right. Liberman’s ad claims that Netanyahu is ready to ally with the far-right and haredi Orthodox parties. It also claims the prime minister’s rival, Benny Gantz, is ready to ally with the center-left Labor Party and Arab-Israeli parties, who are seen as far left in Israel. Instead, Liberman promises to form a unity government with both sides.

(Netanyahu has signaled his intention to ally his Likud party with the far right, and Gantz would probably ally his party, Blue and White, with Labor. But Gantz has promised not to join a coalition with Arab-Israeli parties.)

Liberman, a former Netanyahu ally, foiled the prime minister’s bid to form a new Israeli governing coalition earlier this year. That triggered an unprecedented second election in September, five months after the one in April.