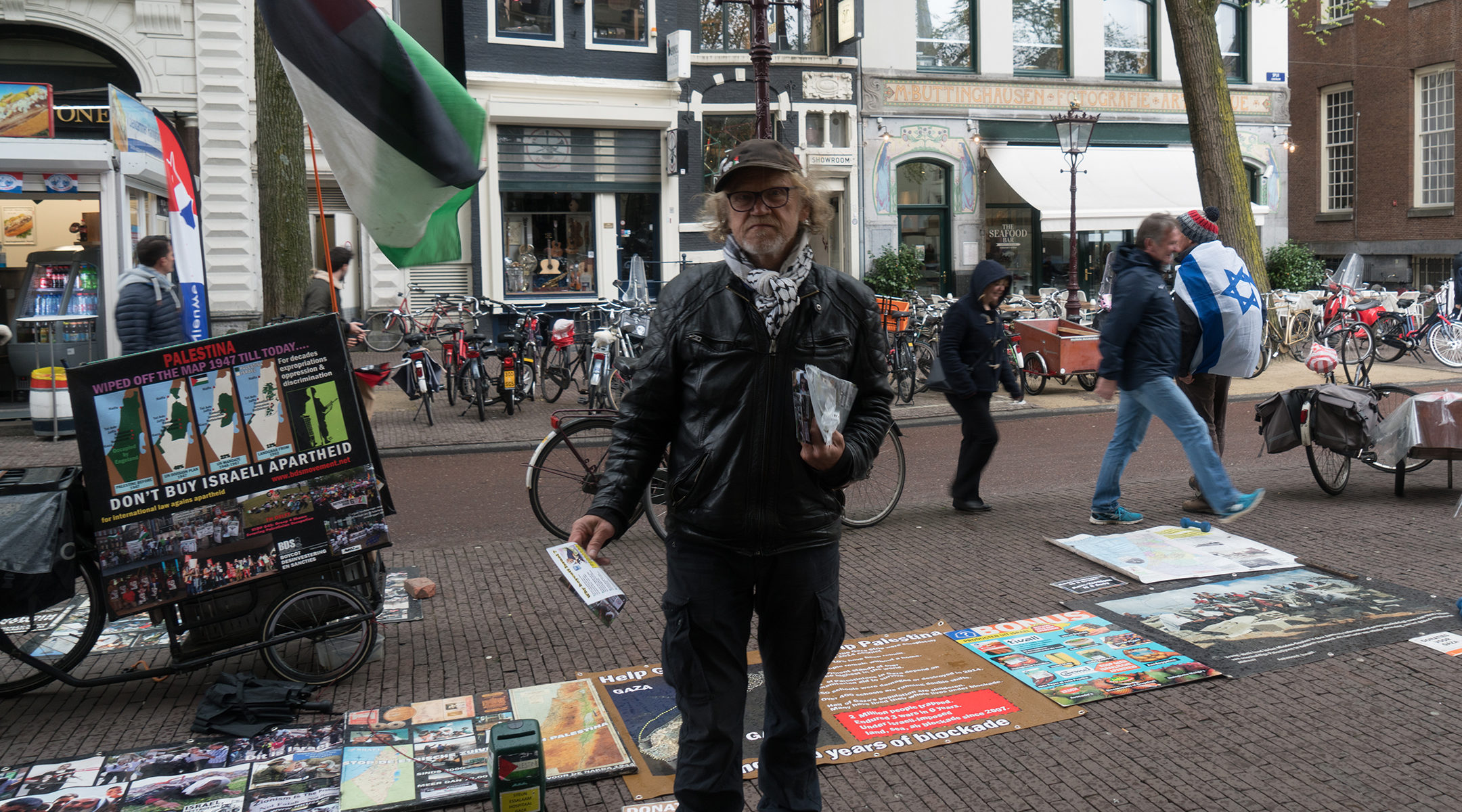 AMSTERDAM (JTA) — Campaigners for boycotting Israel said they will stay away from this city’s World War II monument, where their supporters have staged incidents of anti-Semitic hate speech and violence.

The municipality in April vowed to limit the long-standing presence of anti-Israel protesters on the square, as well as to counter more recent counter-demonstrations. The mayor’s office sent a cease-and-desist letter in April to members of both parties, a spokesman told the Jewish Telegraphic Agency.

On June 16, a woman named Celine Sleiman was filmed delivering a tirade against Jews on Dam Square. “Killers, haters. Talmud calls you to f***k girls. Talmud tells you to plague humanity,” she was filmed telling Israeli tourists. The CIDI watchdog group against anti-Semitism filed a complaint against her for hate speech.

On Tuesday, hundreds of Jewish community leaders and dignitaries gathered at the Ridderzaal in the Hague, a 13th-century convention center located near the Dutch senate. In 1940, the Austrian Nazi governor of occupied Netherlands, Arthur Seyss-Inquart, delivered his inaugural speech in that center.

Dutch Chief Rabbi Binyomin Jacobs blew the shofar at the event. “Fighting anti-Semitism is not the task of Jews,” he said, “but of society.”

Separately, the two largest churches in the Netherlands, the Catholic and Protestant umbrella bodies RKK and PKN, last week published statements expressing “great concern” over the rise of anti-Semitism in the Netherlands.