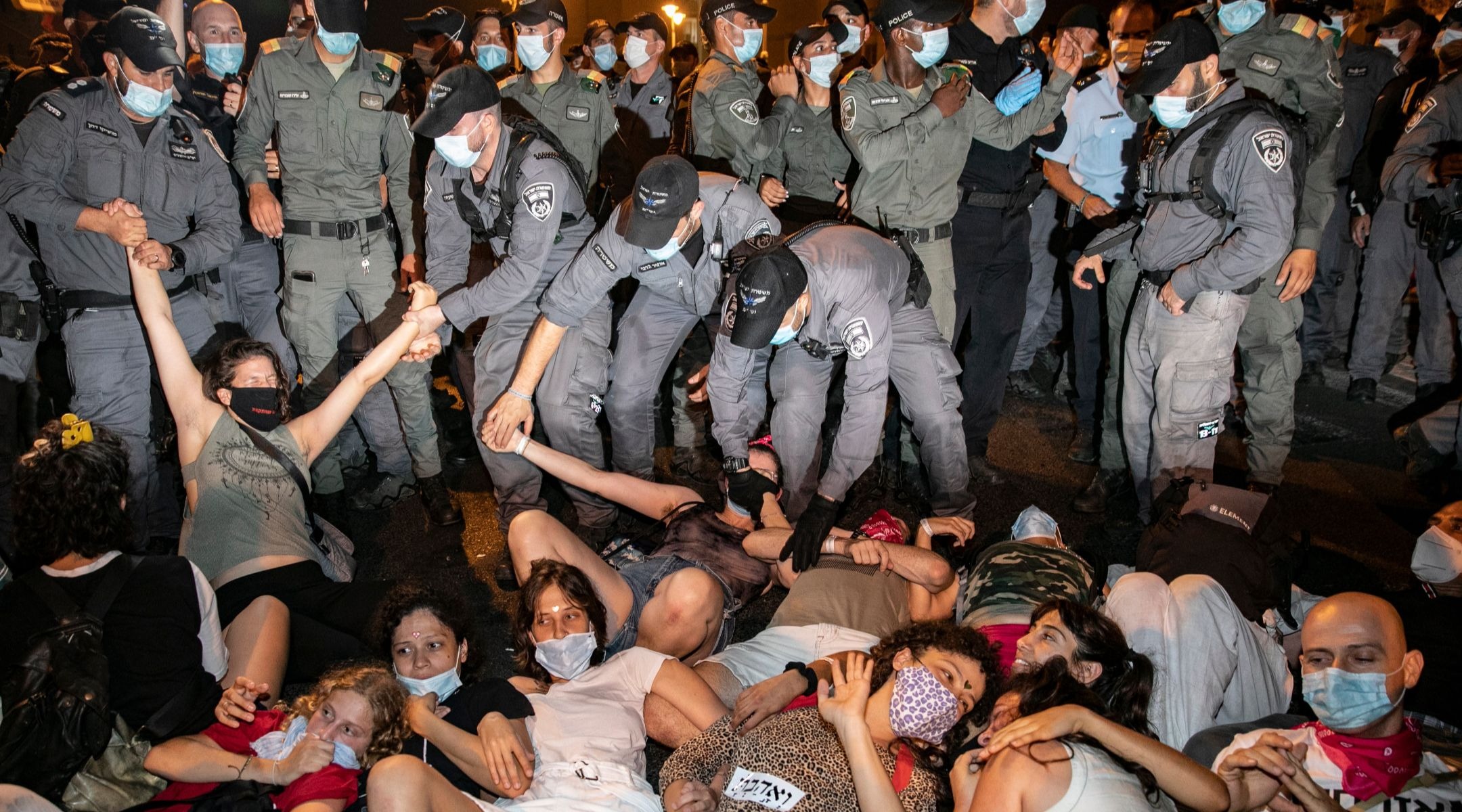 Israel Police officers remove demonstrators at the end of a protest against Benjamin Netanyahu outside the prime minister's official residence in Jerusalem on Aug. 30, 2020. (Olivier Fitoussi/Flash90)
Advertisement

(JTA) — Some 20,000 people lined the streets of Jerusalem calling for Benjamin Netanyahu’s resignation on Saturday night, in the largest gathering outside the Israeli prime minister’s official residence in 10 weeks of protests.

The protesters were joined this week by members of the Bratslav Hasidim sect, who were protesting Netanyahu’s efforts to prevent them from flying to Uman, Ukraine, for Rosh Hashanah.

The protesters are calling for Netanyahu’s resignation over his handling of the coronavirus crisis and the resultant economic crisis, as well as due to his corruption trial.

In contrast to previous weeks, there were no clashes between police and protesters, and police did not attempt to disperse any protesters until after midnight, an hour past the curfew set for speakers and microphones. Sixteen people were detained or arrested, according to Israeli media reports.