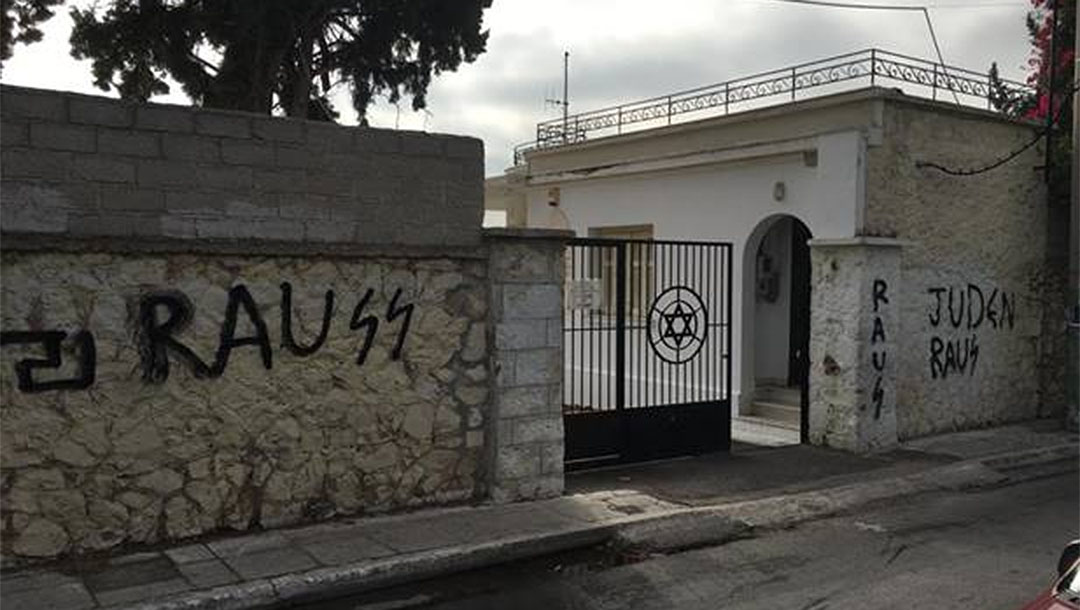 Nazi slogans painted on the walls of a Jewish cemetery in Athens in October 2020. (The Central Board of Jewish Communities in Greece)
Advertisement

(JTA) – Anti-Semitic graffiti was discovered on the fences of Jewish cemeteries in Greece and Germany.

The appearance of anti-Semitic slogans and a Nazi symbol on a stone fence in Nikaia, a southwestern suburb of Athens, was reported to police on Monday, the umbrella group of Greek Jewish communities said. The graffiti included the phrase “Juden raus,” German for “Jews get out,” and the symbol of the elite SS Nazi force.

Athens Mayor Costas Bakogiannis sent out a team to remove the slogans. In a statement Monday, the Central Board of Jewish Communities in Greece called them “shameful slogans.”

Separately, RIAS, the watchdog on anti-Semitism in Germany, documented a swastika painted on the wall of a Jewish cemetery on Heer Street in western Berlin on Sept. 27. The same Berlin cemetery was vandalized in 1998 when unidentified perpetrators smashed the headstone of Heinz Galinski, a longtime leader of the city’s Jewish community.