Anti-Semitic incidents decreased by 27% in Ukraine in 2019, Jewish group says 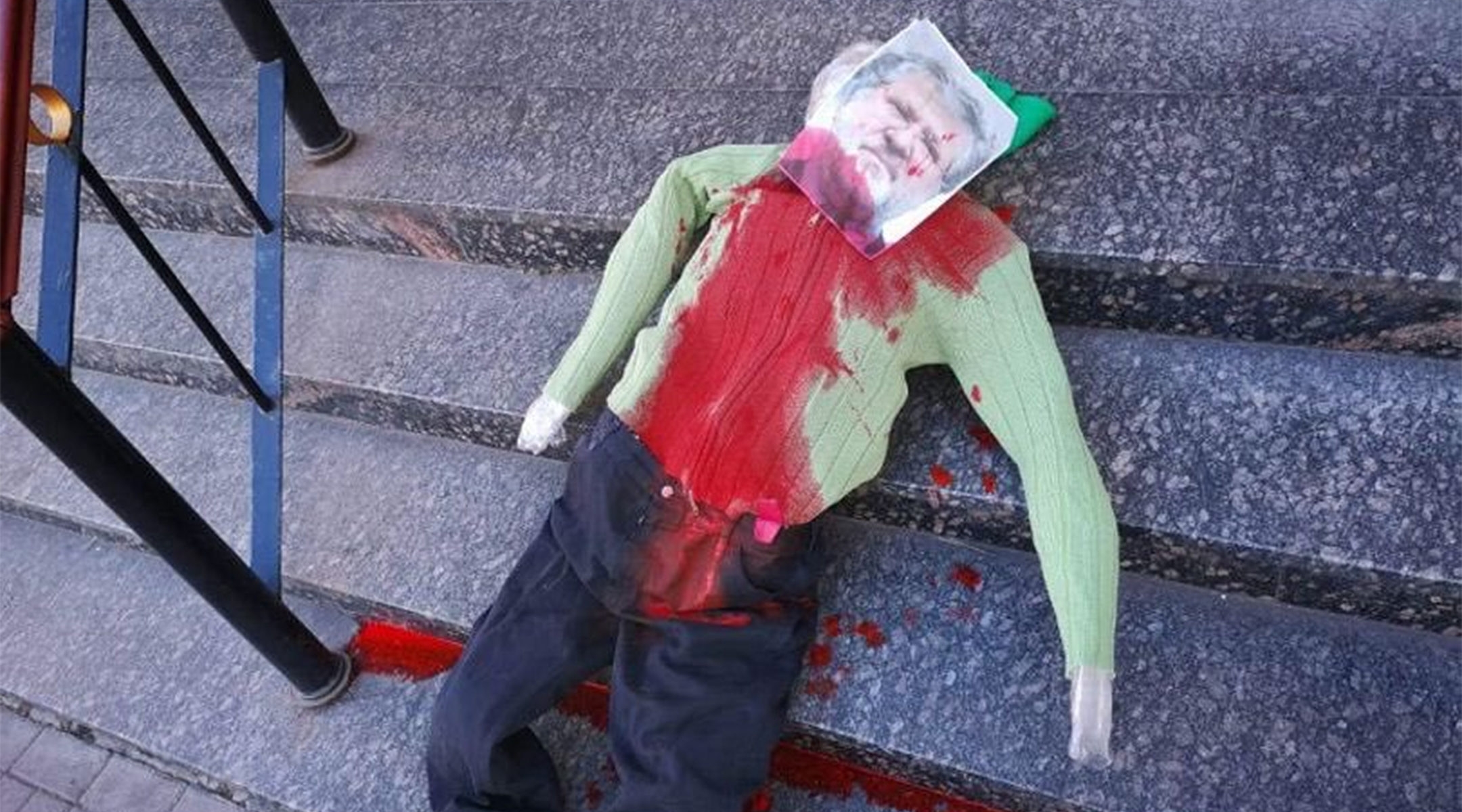 An effigy of Igor Kolomoisky at the entrance to the Brodsky Synagogue in Kiev, Ukraine, Oct. 14, 2019. (Courtesy of Eduard Dolinsky)
Advertisement

(JTA) — A Jewish organization in Ukraine said that the number of anti-Semitic incidents documented there last year decreased by 27 percent over 2018.

The United Jewish Community of Ukraine, one of several groups representing Ukrainian Jewry, said in a report published Monday that it has documented 66 anti-Semitic incidents in 2019 compared to 90 in the previous year.

It attributed the purported change to the election in May of Volodymyr Zelensky, a Jewish actor, as president.

The Jewish group that published the report is headed by Igor Kolomoisky, a nationalist Jewish billionaire who owns the television channel where Zelensky worked.

Ukraine has no government watchdog that monitors racist incidents and publishes aggregated reports.

Organizations from within the fractious Jewish community of Ukraine have often disagreed on these issues.

Israel’s Ministry for Diaspora Affairs in 2018 said that in 2017, Ukraine had had more than 130 anti-Semitic incidents – more than the combined tally of documented cases that year from the entire former Soviet Union.

Some groups, including the Vaad Association of Jewish Organizations and Communities, disputed that report, while others, including the Ukrainian Jewish Committee, said it seemed reliable.

Monday’s report details one physical assault on a person — an activist for free speech whom perpetrators beat up in December in Kiev while calling him a Jew.

Other cases included threats and anti-Semitic vandalism at Jewish cemeteries and Holocaust monuments.