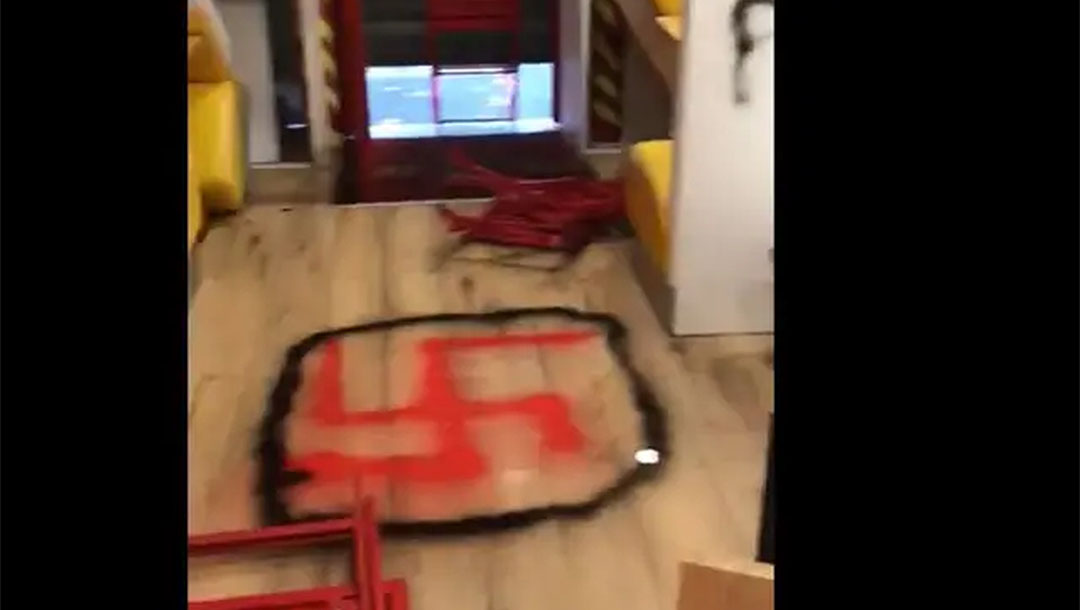 The aftermath of anti-Semitic vandalism at a kosher restaurant in Paris, Oct. 2, 2020. (Screen shot from Twitter/UEJF)
Advertisement

(JTA) — The number of anti-Semitic incidents recorded in France in 2020 has dropped by 50% from 2019, yet physical assaults have remained almost unchanged despite COVID-19 lockdowns, French Jewry’s security service said.

The SPCJ service had recorded 339 incidents last year compared to 687 cases in 2019. Of those, 44 and 45 cases, respectively, were physical assaults, according to the organization’s annual report, which it published Wednesday. In 2017 and in 2016, SPCJ recorded fewer incidents than in 2020, when emergency measures meant to curb the spread of the coronavirus severely limited outdoors activity throughout France.

Conspiracy theories about COVID-19 accounted for much of the online cases documented, SPCJ wrote.

In one incident of physical violence last year, a 29-year-old man was beaten by two men in the elevator of a Paris building where his parents live and called a “dirty Jew.”  The men, who were Black, followed him into the elevator, according to his police complaint. He sustained minor injuries.

In another incident, the neighbor of a Paris synagogue smashed the synagogue’s mezuzah to “restore religious neutrality,” as the neighbor later explained to the local rabbi.

In a third incident from 2020, dozens of Jewish graves in the vicinity of Aude in southern France were desecrated by individuals who sprayed swastika graffiti on the headstones and the words “death to Jews.” In October, a kosher restaurant in Paris was ransacked and vandalized with swastika graffiti.