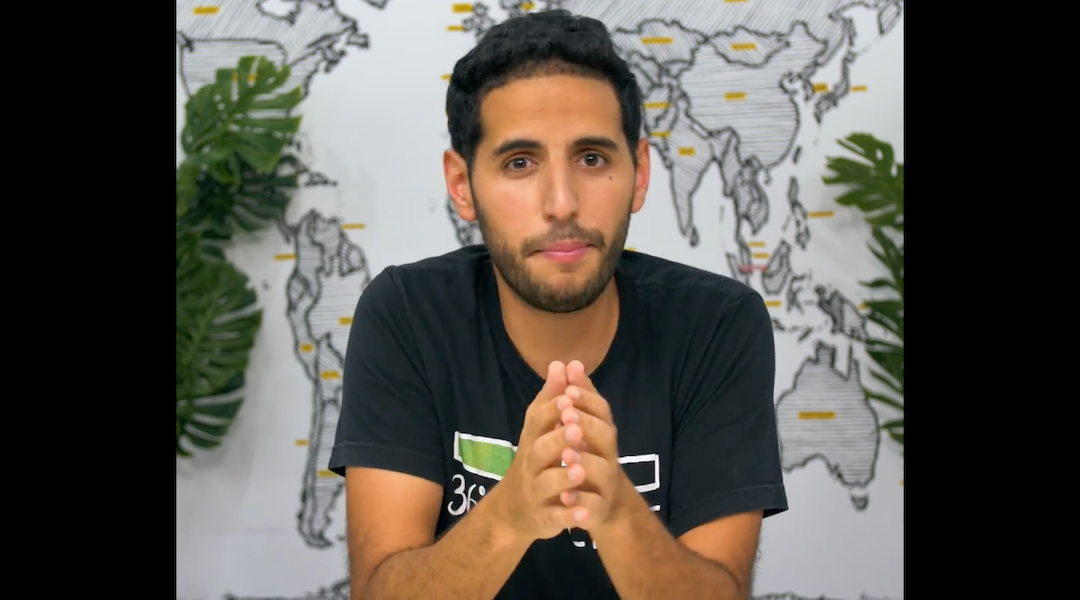 Nuseir Yassin has gained millions of followers through his travel videos on his page Nas Daily. (Screenshot via Nas Daily)
Advertisement

In a video posted Tuesday on his Facebook page, Nas Daily, which has more than 17 million followers on the social network, Yassin said that the satellite news network Al Jazeera had falsely portrayed him as trying to “make Israel look good” using tools provided by the Israeli government. Yassin described the report as “fake news” and denied that his Nas Academy educational program works with the Israeli government.

“In the past month, there was a coordinated Fake News campaign against Nas Daily accusing us of things that are factually incorrect,” Yassin said in the video.

Yassin, who grew up in Israel but moved to Singapore last year, has gained millions of social media followers through his travel videos. He has previously been the target of the Boycott, Divestment and Sanctions movement against Israel, which called for a boycott of Nas Academy.