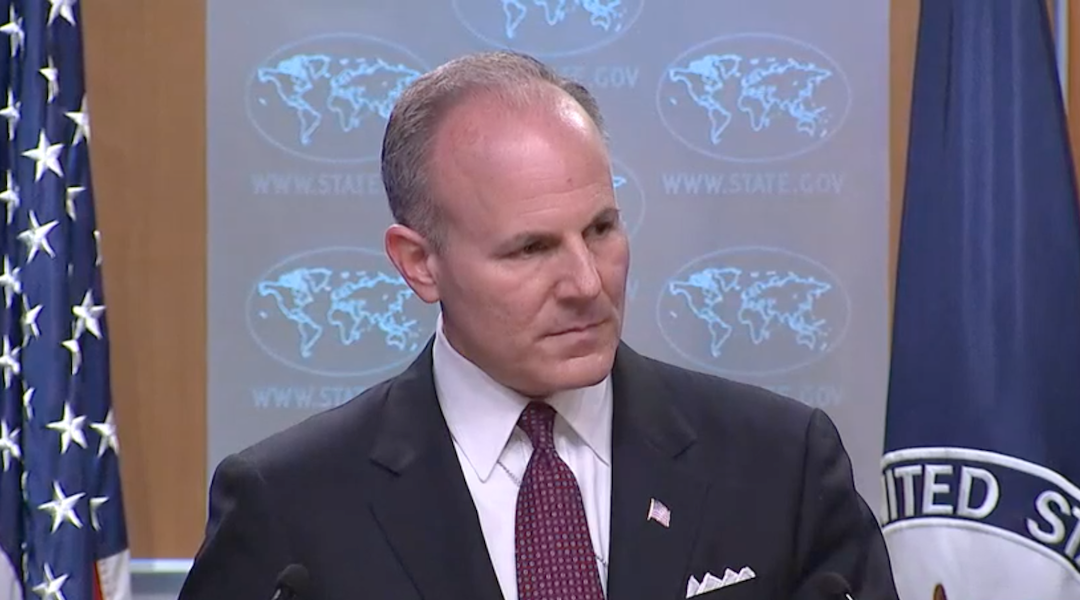 JERUSALEM (JTA) — Armed guards should be posted at every synagogue, Jewish school and Jewish community center across the United States, the country’s anti-Semitism envoy said.

“We live in a time of danger,” Elan Carr said during an interview Wednesday at the Global Coalition 4 Israel Conference. “Any synagogue, every JCC, should have guards. God willing, may they never be needed, but they should be there.”

Carr was interviewed live on stage by The Jerusalem Post’s editor-in-chief, Yaakov Katz.

Carr, 50, a Hebrew-speaking former Los Angeles prosecutor and a U.S. Army veteran who served in Iraq, was appointed in February to be the State Department’s envoy for anti-Semitism, filling a post that sat empty for two years despite protests from lawmakers and Jewish groups. The position, most recently held by Ira Forman under President Barack Obama, has existed since 2004.

Carr told the audience that President Donald Trump is fully committed to fighting anti-Semitism in the U.S. and around the world, according to The Jerusalem Post.

“The rhetoric of the president couldn’t be clearer. Every time the president speaks on this issue, he calls it [anti-Semitism] a vile poison that must be rooted out,” Carr said. He added that Trump has explicitly stated that “if you go after the Jews, we’re coming after you.”

He said the battle against anti-Semitism must be “a joint bipartisan fight.”

“All decent people — Jewish and not Jewish — need to do it together,” Carr said. “I don’t care what ideological clothing it wears, Jew hatred is Jew hatred, we need to fight it and oppose it and that’s got to be the message.”