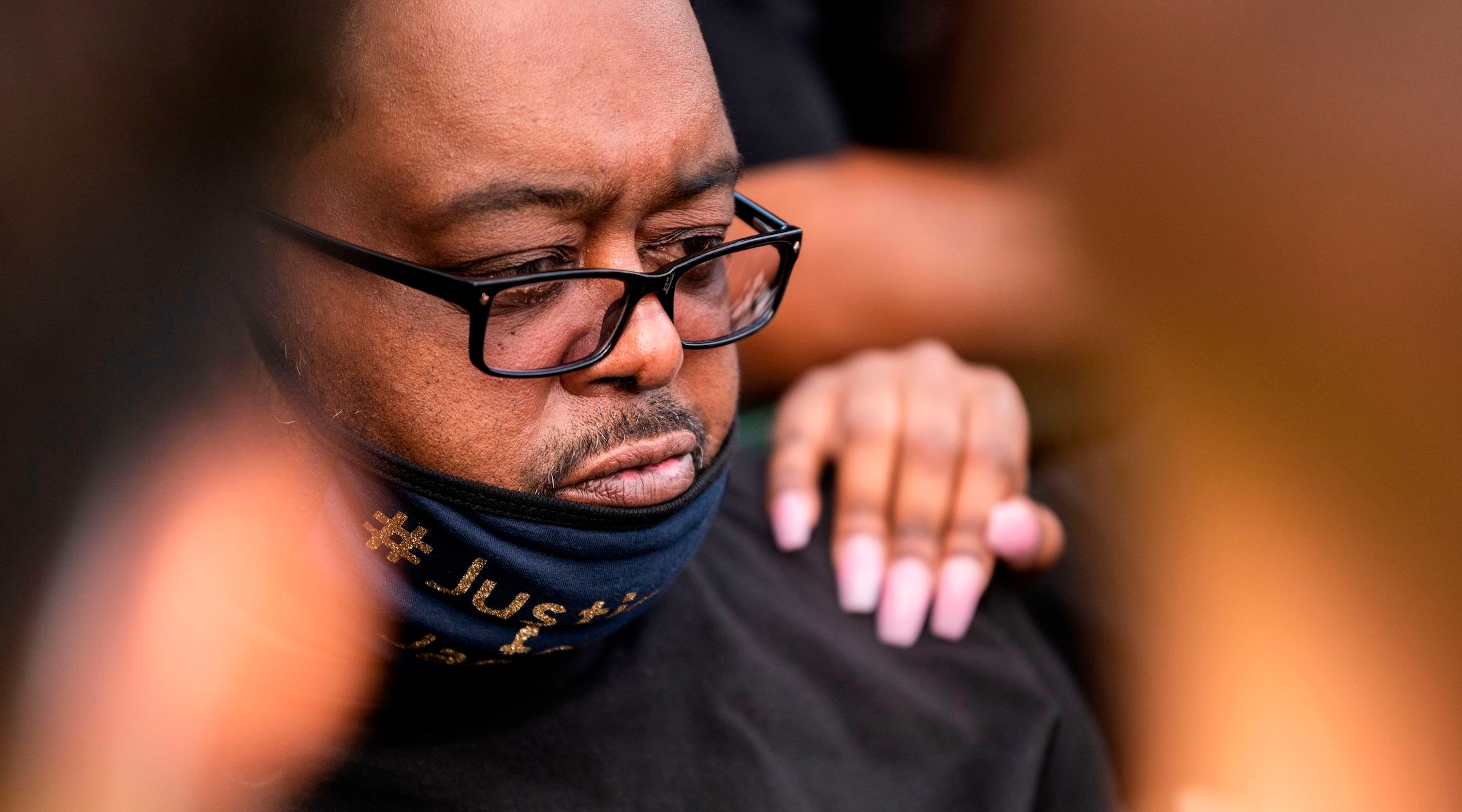 Joe Biden's campaign said his visit to Kenosha is intended "to bring together Americans to heal and address the challenges we face." (Michael Brochstein/Echoes Wire/Barcroft Media via Getty Images)
Advertisement

Jacob Blake Sr. made a slew of anti-Semitic and anti-white posts on Facebook in 2018 and 2019, including comments that refer to “the Jewish controlled media” and insinuate that Jews in Pittsburgh were warned before the shooting at a synagogue there that killed 11 worshippers. He also expressed support for Louis Farrakhan, the Nation of Islam leader whose rhetoric includes virulent anti-Semitism.

The posts, which are publicly visible, were first reported late Wednesday, hours before Biden left for Kenosha, where he was scheduled to have a private meeting with Jacob Blake’s family, including his father. Reports about the posts emerged across conservative media Thursday morning, including Breitbart and the Washington Times.

“Joe Biden, Do You Really Want To Meet Such A Rabid Antisemite?” asked Vos iz Neias, a haredi Orthodox news site, in its headline about Blake’s posts.

Biden’s visit comes amid rising debate, including among Jewish voters, about which presidential candidate will do more to keep Americans safe. Biden’s campaign said his visit to Kenosha is intended “to bring together Americans to heal and address the challenges we face.” President Donald Trump has said his leadership is needed to restore law and order to American cities that have been the site of protests this summer against police brutality. Trump met with police officers, but not Blake’s family, during his visit to Kenosha earlier this week.

Many Orthodox voters, fearful about the possibility of rising crime where they live, find Trump’s argument compelling, an editor at Mishpacha, a widely read Orthodox magazine, explained in a Jewish Telegraphic Agency op-ed last week.

Before updating his followers last week that his son was alive after being shot by police, Blake’s most recent public post suggested that he had tired of Facebook.