As Israel expects 16,000 US students, COVID-19 czar warns that rule-breakers will be deported 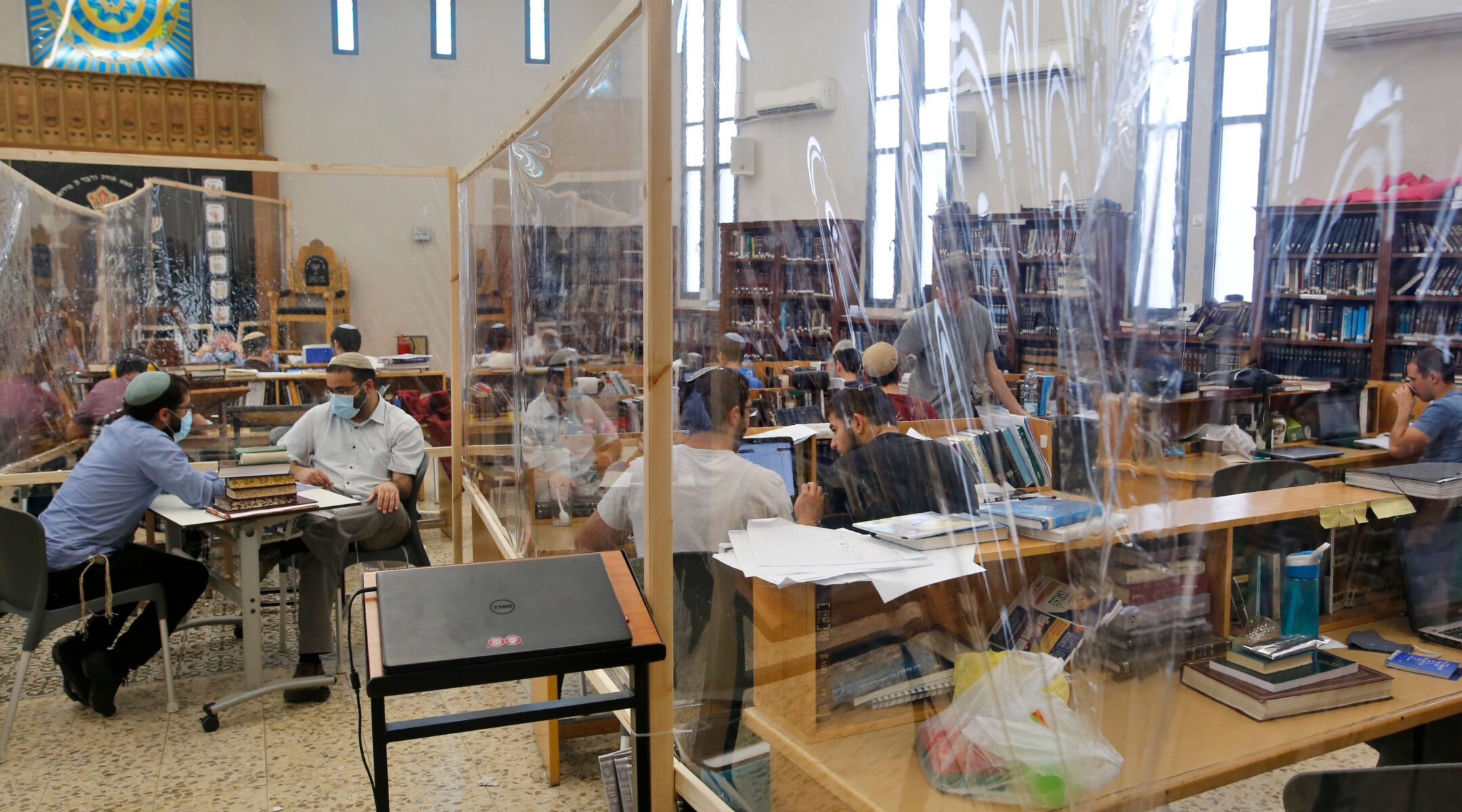 Israeli yeshiva students are separated by plastic barriers to insure that social distancing measures imposed by Israeli authorities are being respected, in Tel Aviv on July 7, 2020. (GIL COHEN-MAGEN/AFP via Getty Images)
Advertisement

JERUSALEM (JTA) — Foreign students who disregard Israel’s restrictions to prevent the spread of the coronavirus will be deported, Israel’s coronavirus czar said.

Some 16,000 young adults from the United States alone are scheduled to enter Israel before Rosh Hashanah for study, seminary and pre-army programs.

Dr. Ronni Gamzu is under pressure to reverse the decision at a time when gatherings are restricted and the disease’s spread is ongoing. He said during public appearances this weekend that he did not agree with the decision to allow the students entry into Israel but noted that it was made before he was appointed late last month to run Israel’s efforts to tamp down the spread of the coronavirus.

Gamzu said inspectors would be deployed to make sure foreign students adhere to regulations, including studying only in small pods. He also threatened to close down any institution that does not follow the regulations.

Israel Beiteinu Party chairman Avigdor Liberman sent Gamzu a letter Friday asking him to reconsider letting students into the country. In a post on Facebook, Liberman accused Israeli Prime Minister Benjamin Netanyahu and his coalition partner Benny Gantz of surrendering to the Orthodox parties in allowing yeshiva students to enter. Yeshivas have remained open even after Netanyahu closed all camps and schools for students in fifth grade and above.