At least 5,000 protest Netanyahu’s handling of the coronavirus crisis in Jerusalem 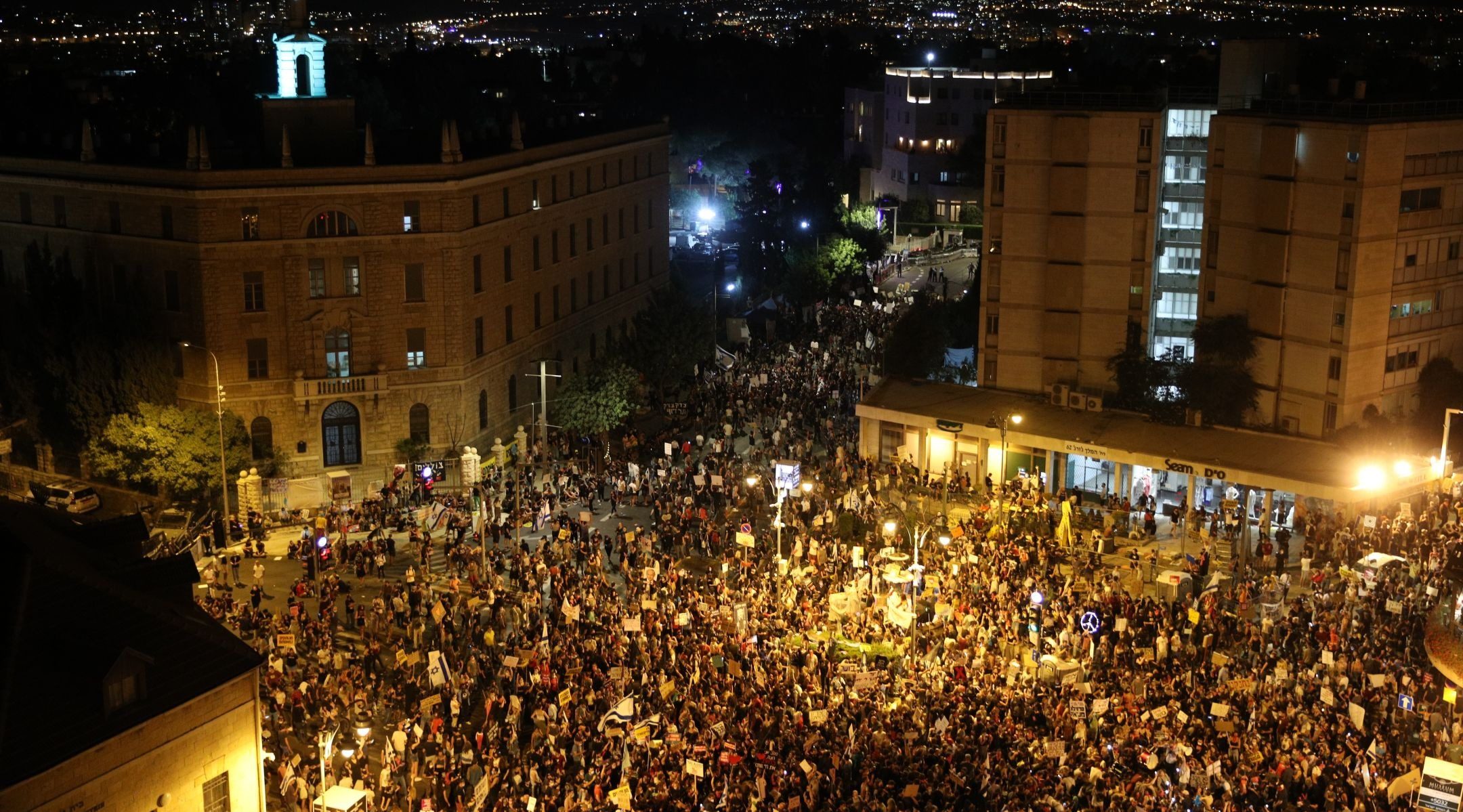 JERUSALEM (JTA) — An estimated 5,000 to 10,000 protesters flooded the streets near the prime minister’s residence in Jerusalem on Saturday night in what is being called the largest of a series of demonstrations there over the past two weeks.

The protesters chanted “Bibi go home,” using Prime Minister Benjamin Netanyahu’s nickname, and waved signs criticizing his government’s handling of the coronavirus crisis. The Times of Israel approximated the crowd to be 5,000, while Israel’s Channel 13 estimated it to be 10,000.

Demonstrators have protested the size of Netanyahu’s economic stimulus, designed to soften the impact that the pandemic has had on small businesses. Many of the protesters have been small business owners across the political spectrum.

Netanyahu has also admitted to reopening Israel’s economy too soon. A surge in new COVID-19 cases led him to reimpose some restrictions.

Others have used the moment to call for Netanyahu’s resignation over his involvement in multiple corruption scandals.

Many have criticized the Israeli police’s response to the protests, specifically their use of tear gas and water cannons to disperse crowds. The Times of Israel reported that police did not use cannons on Saturday but did surround protesters and aggressively shove some.

During the day on Saturday, protesters also blocked road intersections throughout the country. Some protested in front of Netanyahu’s private home in Caesarea.