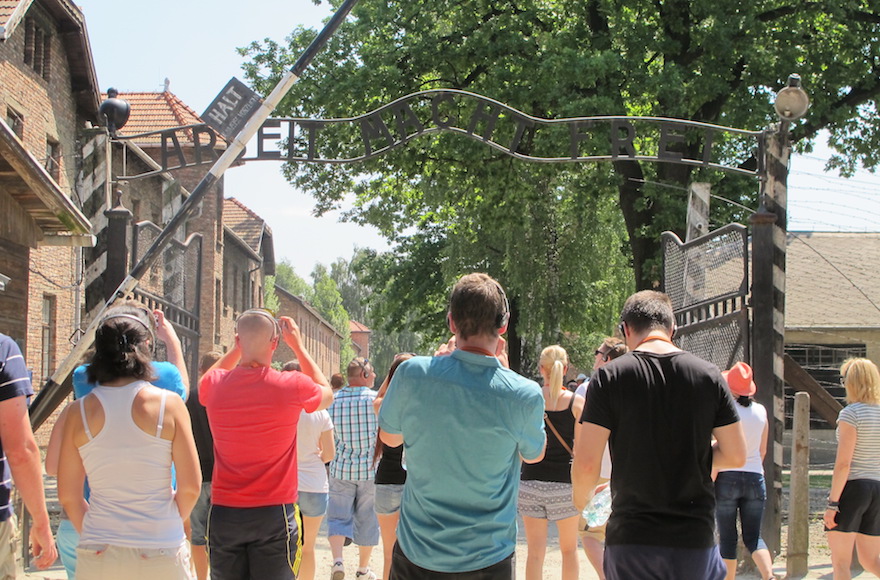 (JTA) — The number of Israelis who last year visited the Auschwitz memorial in Poland decreased by 21 percent from 2017.

Last year, some 65,000 Israelis visited the Memorial and Museum Auschwitz-Birkenau, that institution said Friday, compared to 83,000 in 2017.

Overall, the state museum preserving the former German Nazi concentration and extermination camp saw about 2,152,000 visitors — an increase of about 50,000 visitors from its previous record number in 2017.

The decrease in visits by Israelis coincided with a diplomatic spat between Poland and Israel over Poland’s advancing last year of legislation that briefly criminalized blaming the Polish nation for Nazi crimes. Critics in Israel and beyond saw it as damaging to research on the actions of Poles who killed Jews or handed them over to the German occupation.

Several groups called to end subsidized Holocaust study tours by tens of thousands Israeli teens in Poland in reaction to the legislation, which was amended amid pressure and heated rhetoric by Polish and Israeli officials. The trips were not halted and the decrease in traffic from Israel owed mainly to individual visitors opting out of visiting, the museum said.

However, tourism by Israelis to Poland increased in 2018 to a record 250,000 arrivals, a 79 percent increase from the previous year’s 139,000, according to Israel’s ambassador to Poland.