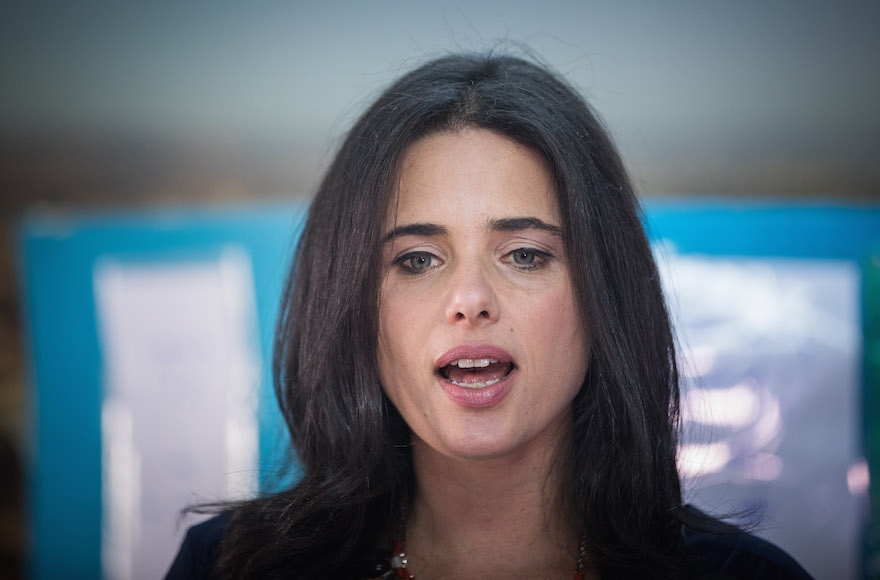 JERUSALEM (JTA) — Ayelet Shaked, Israel’s former justice minister, said she would remain in politics and run in national elections in September after falling short for a Knesset seat in April’s balloting.

Shaked did not say with which party she will run. Prime Minister Benjamin Netanyahu decided against waiving a mandatory three-year qualification period that would have allowed her to run for Knesset with his Likud party.

For April’s elections, Shaked had teamed with then-Education Minister Naftali Bennett to form the New Right party, breaking from the pro-settler Jewish Home, but it failed to pass the minimum threshold needed for parliament seats.

Shaked could run with the New Right or with the Union of Right Wing Parties, which includes Jewish Home, or form her own new party.

Netanyahu fired Shaked as justice minister last month, saying she had lost the confidence of the electorate.

Shaked said last week at a farewell event at the Justice Ministry, “Take care of this office because I definitely intend to return.”

A Likud lawmaker, Amir Ohana, became the first openly gay Israeli government minister when he was chosen to succeed Shaked on an interim basis.

Meanwhile, Labor Party head Avi Gabbay announced Tuesday that he will not run again for head of the party after leading Labor to one of its worst-ever election showings. The Labor primary will be held on July 2.