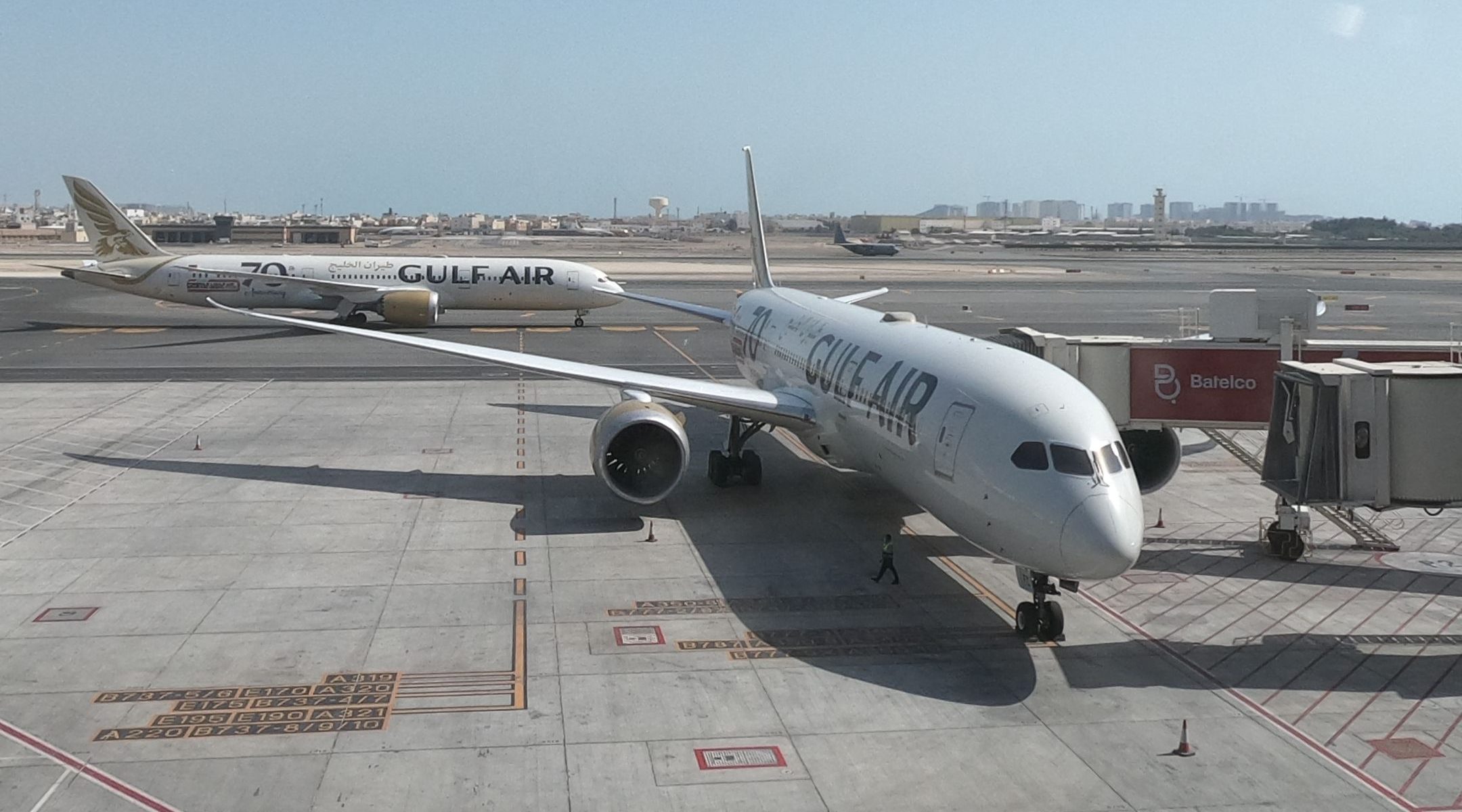 Gulf Air Boeing B787-900 aircrafts are seen from the new passenger terminal of Bahrain International Airport, south of the Bahraini capital Manama, on March 29, 2021. (Giuseppe Cacace/AFP via Getty Images)
Advertisement

(JTA) — Gulf Air, Bahrain’s state-owned airline, is launching direct flights to Tel Aviv in June, another marker in the country’s ongoing normalization of ties with Israel.

Israel signed normalization agreements with Bahrain, the United Arab Emirates and other neighboring Arab countries last year. El Al has been flying to Dubai since August and Etihad, the UAE carrier, has been flying to Israel since February.