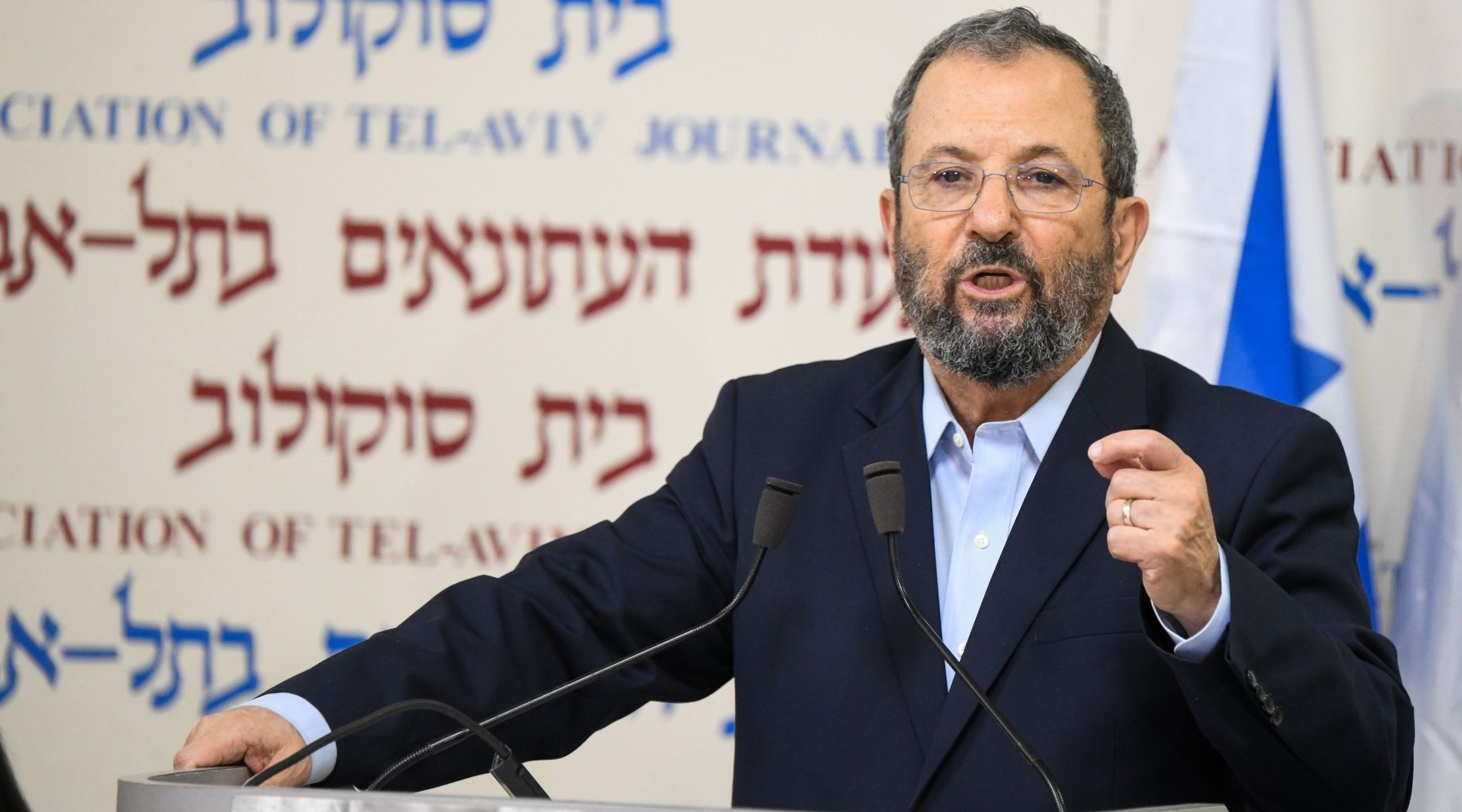 Ehud Barak, a former prime minister of Israel, announces the establishment of a new political party that he will lead, in Tel Aviv, June 26, 2019. (Flash 90)
Advertisement

JERUSALEM (JTA) — The Israel Democratic Party, or Yisrael Demokratit, is the name of former Israeli Prime Minister Ehud Barak’s new political party, and neither the U.S. Democratic or Republican party organizations in Israel are happy about it.

Barak announced the name of his party on Saturday, under the slogan “the State of Netanyahu or the State of Israel.”

Barak announced late last month that he would form a new party with the goal of defeating Prime Minister Benjamin Netanyahu.

“Netanyahu has reached the end” of his political career,” Barak said in his June 26 announcement. “The Netanyahu regime must be felled.”

On Sunday Barak announced he would try to form a center-left bloc with the Labor and Meretz parties and to include Tzipi Livni, who most recently united her HaTnuah party with Labor.

“Why Ehud Barak would want to name his new party after this bunch of losers is beyond me,” he tweeted shortly after the announcement.

“I can’t figure out why @barak_ehud would want to identify with a party that has gone off the rails especially when it concerns Israel and the Jewish People,” he tweeted later.