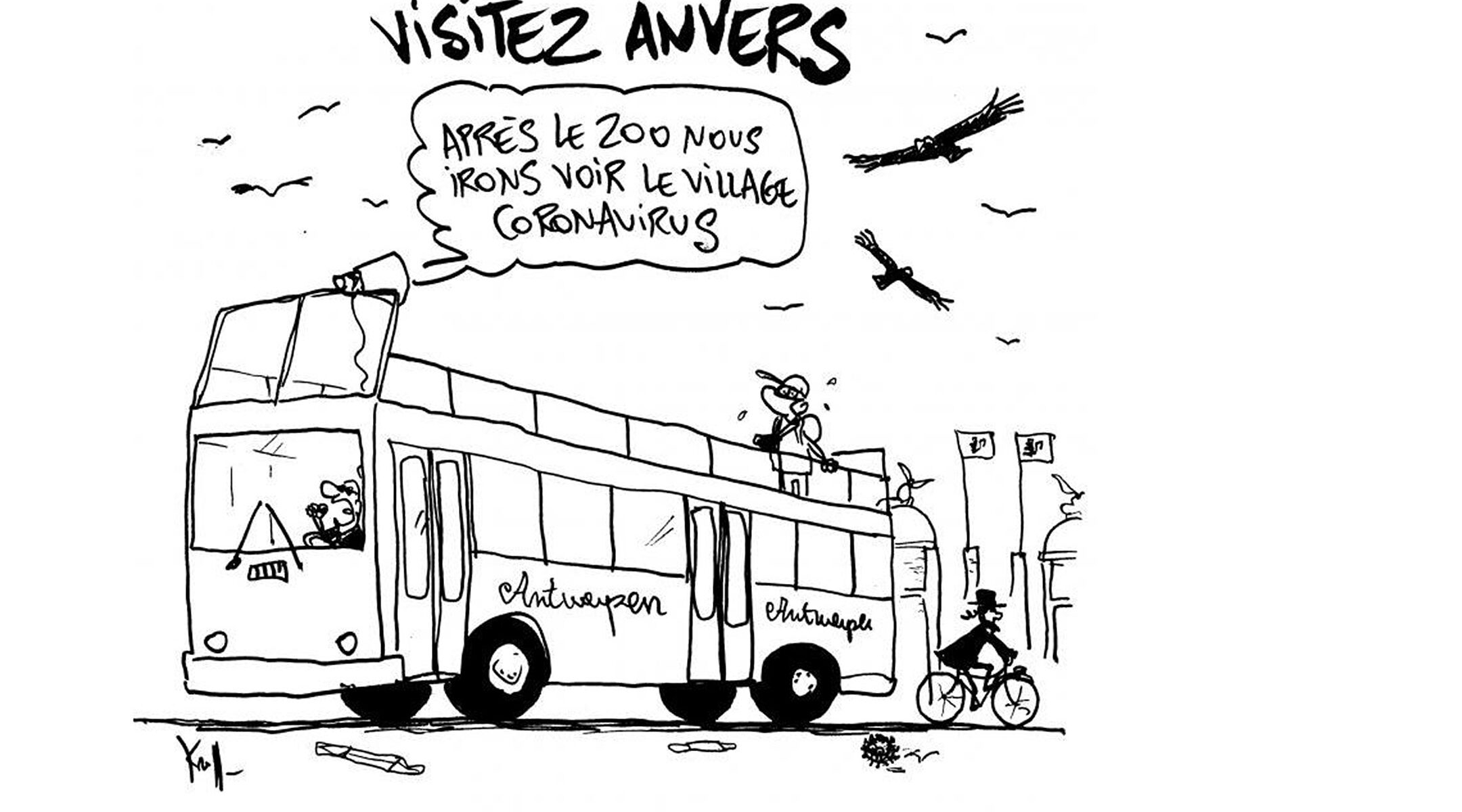 Vultures fly over a Jewish man in Antwerp, Belgium in a caricature from August 7, 2020 that critics say is anti-Semitic. (Pierre Kroll/Le Soir)
Advertisement

(JTA) — A Belgian daily is under fire for a cartoon that critics say refers to the Orthodox Jewish neighborhood of Antwerp as “coronavirus village.”

The August 7 drawing in Le Soir by artist Pierre Kroll, who has fought off allegations of anti-Semitism for several previous drawings, shows a tourist bus under the title “Go Visit Antwerp.” An Orthodox Jewish man is cycling nearby without wearing a face mask, several of which are seen on the ground around the bus. A speech balloon above the bus driver reads: “After the zoo, we’ll go tour ‘Coronavirus Village’.”

Richard Kennigsman, a well-known Jewish-Belgian satirist, wrote on Facebook that while has “not called Kroll an anti-Semite, his painting may be considered as such.”

Joel Rubinfeld, the president of the Belgian League Against Anti-Semitism, said the caricature “again shows that Kroll obsessively returns to Jews in his works when it comes to Antwerp or diamond dealers.” The August 7 caricature is “subtle in comparison to previous Kroll works,” Rubinfeld added, including one of a lavishly dressed Jewish diamond dealer smiling while visiting the tax office amid unhappy and poor visitors.

In a 2010 interview for L’avenir, Kroll said he “can’t stand being accused of anti-Semitism” because he is not, and he has “many Jewish friends.”

The Orthodox Jewish community of Antwerp has had fewer than 20 deaths from the coronavirus, largely thanks to an early and vigilant adherence to anti-contagion measures.

Le Soir and two of its senior editors did not respond to JTA’s request for comment.