Belgian prosecutors drop case against cafe owner who welcomed dogs, but not Jews 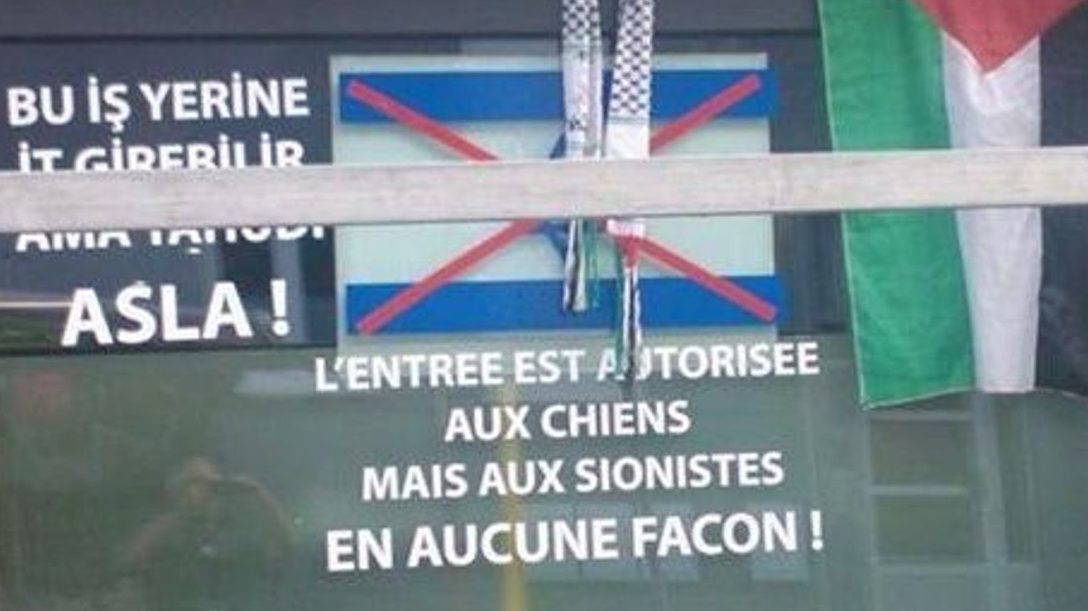 A sign saying no Jews are allowed at a cafe in Belgium in 2014. (Courtesy of the Belgian League Against Anti-Semitism)
Advertisement

(JTA) — Prosecutors in Belgium dropped criminal complaints against a Turkish café owner who put up a sign banning Jews.

A café in the town of Saint-Nicolas had displayed a sign saying dogs are welcome at his business, “but Jews are not.”

The La Dernière Heure newspaper on Friday reported that the Prosecutor’s Office in Liege dropped discrimination charges filed in 2014 against the owner, who was not named in the report.

Joel Rubinfeld, the president of the Belgian League Against Anti-Semitism told the paper that he was “disgusted and deeply disappointed” by the decision, which a spokesperson for the prosecutor’s office confirmed to the newspaper but declined to explain.

The sign prompted protests internationally and in Belgium, where an Islamist had killed four people at Brussels’ Jewish museum just weeks earlier.

The Turkish text of the offensive sign reads, “Dogs are allowed in this establishment but Jews are not under any circumstances.” The French text replaces “Jews” with “Zionists.”

The window display, put up while Israel was fighting Hamas in Gaza, also included a Palestinian flag, an Israeli flag crossed out with a red “X” and a kaffiyeh, or Palestinian shawl, draped around it.

Saint-Nicolas Mayor Jacques Heleven dispatched police to the café when word of the display got out. He said that such anti-Semitism is “unacceptable.”

But Rubinfeld told La Dernière Heure that the case’s closing shows that “the fight against racism, including anti-Semitism, remains in the rhetorical realm.”