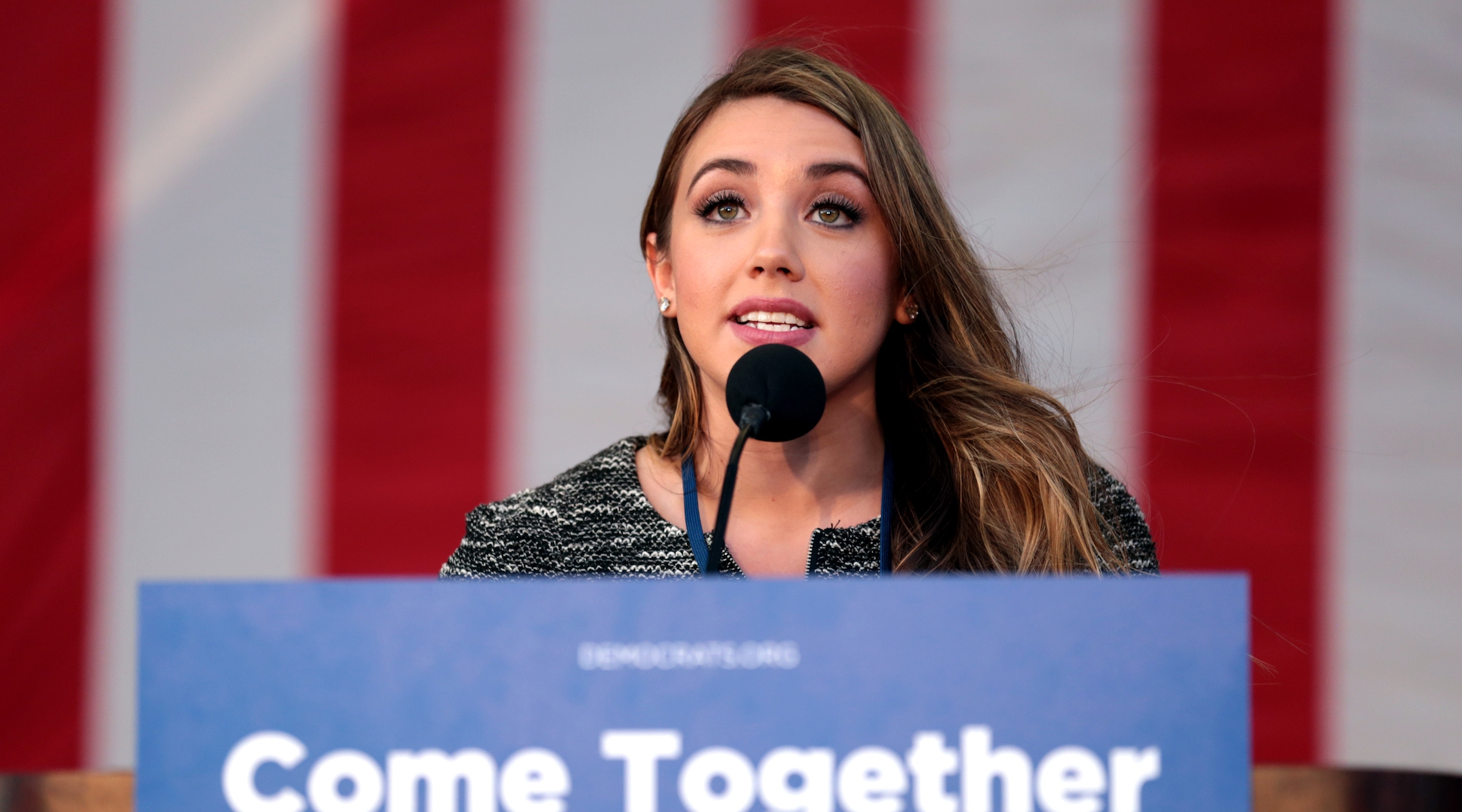 (JTA) — A campaign aide to Sen. Bernie Sanders apologized for a Facebook post in which she suggested that American Jews have a dual loyalty to Israel.

Politico reported that Belen Sisa made the comment as part of a discussion in a Facebook thread in which she said that she supports Rep. Ilhan Omar in the Minnesota Democrat questioning “the political influence in this country that says it is OK to push for allegiance to a foreign country.”

Sisa, the national deputy press secretary for Sanders’ 2020 presidential campaign, deleted the post after Politico contacted her about it, according to the report.

“In a conversation on Facebook, I used some language that I see now was insensitive. Issues of allegiance and loyalty to one’s country come with painful history,” Sisa told Politico. “At a time when so many communities in our country feel under attack by the president and his allies, I absolutely recognize that we need to address these issues with greater care and sensitivity to their historical resonance, and I’m committed to doing that in the future.”

She wrote in the thread, according to Politico: “This is a serious question: do you not think that the American government and American Jewish community has a dual allegiance to the state of Israel? I’m asking not to rule out the history of this issue, but in the context in which this was said by Ilhan.”

Another person on her Facebook asked: “do you think Bernie Sanders has dual loyalty?”

Sisa replied: “I think I would probably have to ask him? But his comments make me believe otherwise as he has been very blunt on where he stands.”