Bernie Sanders says he is ‘100% pro-Israel,’ but blasts its ‘racist’ government 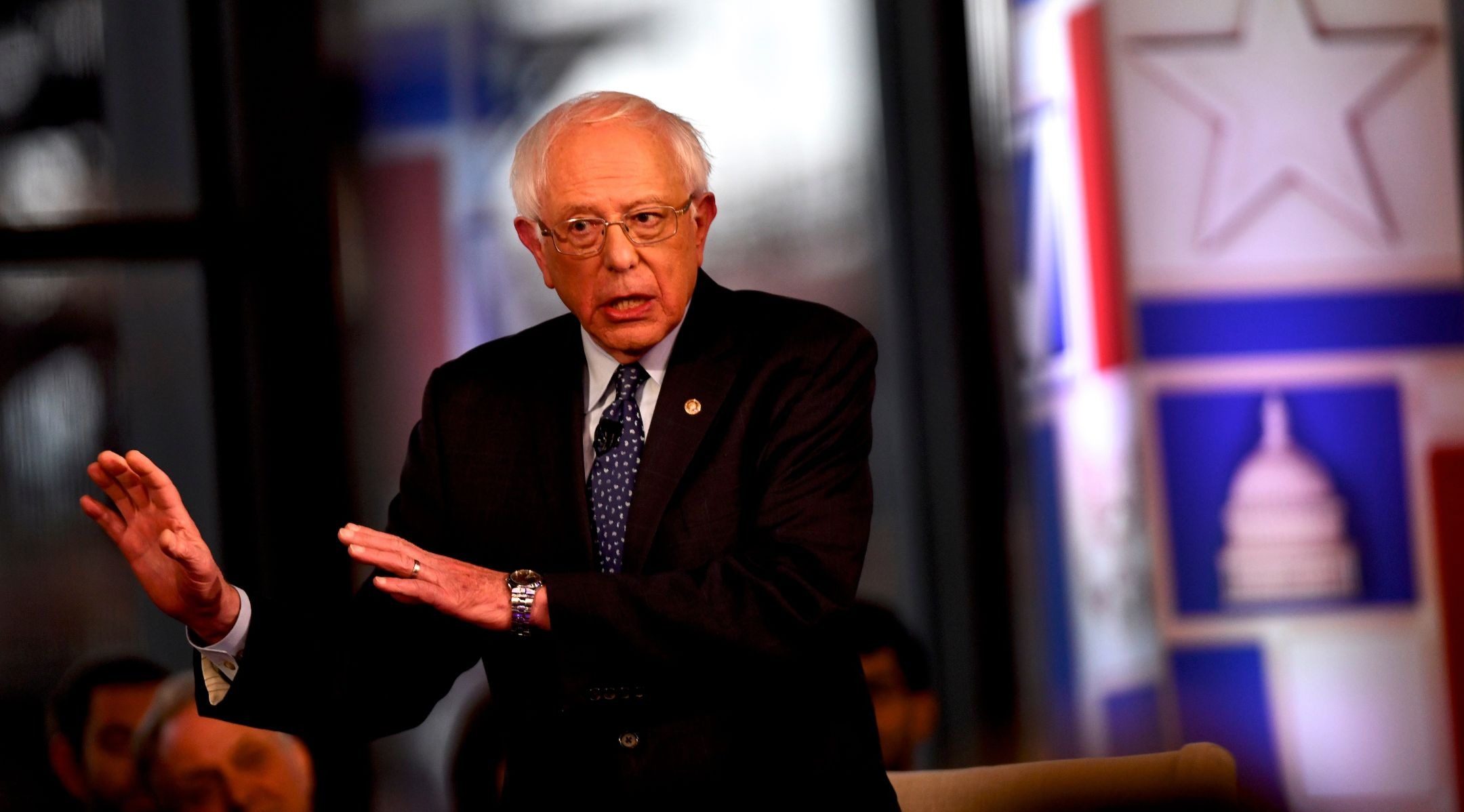 Sanders, I-Vt., who is Jewish, was one of five contenders for the Democratic presidential nomination currently performing well in polls and fundraising who participated in CNN town halls Monday evening in Manchester, New Hampshire. Sanders is the leader of the pack in both spheres.

He was the only candidate to field an Israel question: A man noted that Sanders was known for his “outspoken” criticism of the government of Prime Minister Benjamin Netanyahu, who was re-elected earlier this month.

Sanders repeated his longstanding argument that the United States must be more evenhanded in how it approaches the Israeli-Palestinian conflict, but for the first time also called Netanyahu’s government “racist.”

“The goal must be to try to bring people together and not just support one country, which is now run by a right-wing — dare I say — racist government,” he said to applause. Sanders also was applauded for calling Netanyahu “a right-wing politician who, I think, is treating the Palestinian people extremely unfairly.”

A number of Democratic candidates blasted Netanyahu for brokering a vote-sharing agreement with Jewish Power, a party whose extremist views were inspired by a rabbi, the late Meir Kahane, who was expelled from Israel’s parliament for “racist incitement.”

Democrats have also criticized Netanyahu for pledging on the eve of the election to annex some parts of the West Bank. Another candidate, former Texas congressman Beto O’Rourke, previously called Netanyahu a “racist.”

Sanders also noted his own attachment to Israel, recalling his time spent on a kibbutz in the country in the 1960s and that he has family there.

“I am 100 percent pro-Israel,” he said. “Israel has every right in the world to exist, and to exist in peace and security and not be subjected to terrorist attacks. But the United States needs to deal not just with Israel, but with the Palestinian people as well.”