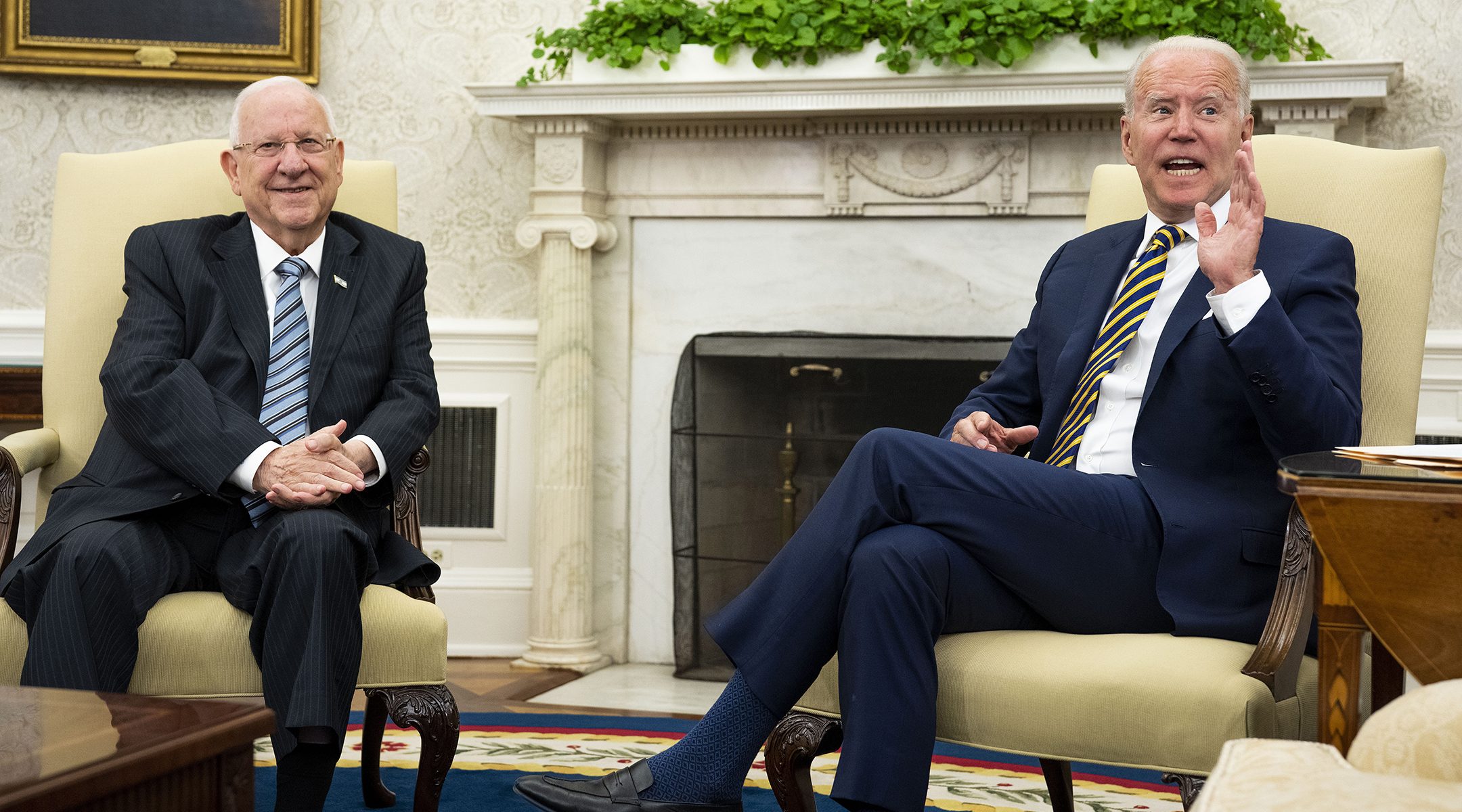 (JTA) — President Joe Biden has had four children of his own, but he is clearly impressed by mothers who raise more.

In a meeting with Israel’s outgoing president Reuven Rivlin at the White House on Monday, Biden knelt before Rivlin’s bureau chief, a haredi Orthodox woman named Rivka Ravitz, in deference to the fact that she has 12 children.

The news site Kipa.co.il reported on the moment, based on photos taken of the encounter by reporters accompanying the Israeli presidential delegation.

Rivlin had mentioned to Biden that Ravitz, 45, a key adviser for years, runs a household of 13 in addition to her demanding job when the president knelt before her to express his admiration. Rivlin clasped his hands in apparent surprise as he and Ravitz looked down on Biden, who lowered one knee to the floor and bowed his head.

Rivlin will be replaced as president next week by Isaac Herzog, who headed the Jewish Agency. The trip to the United States is Rivlin’s last overseas trip as president.

Ravitz’s father was born in the United States. She studied to be a teacher in Jerusalem and became a parliamentary aide to the late Avraham Ravitz, a haredi communal leader and former lawmaker in the Knesset, Israel’s parliament. He was her father-in-law. She began working for Rivlin in 1999, when he was a lawmaker.