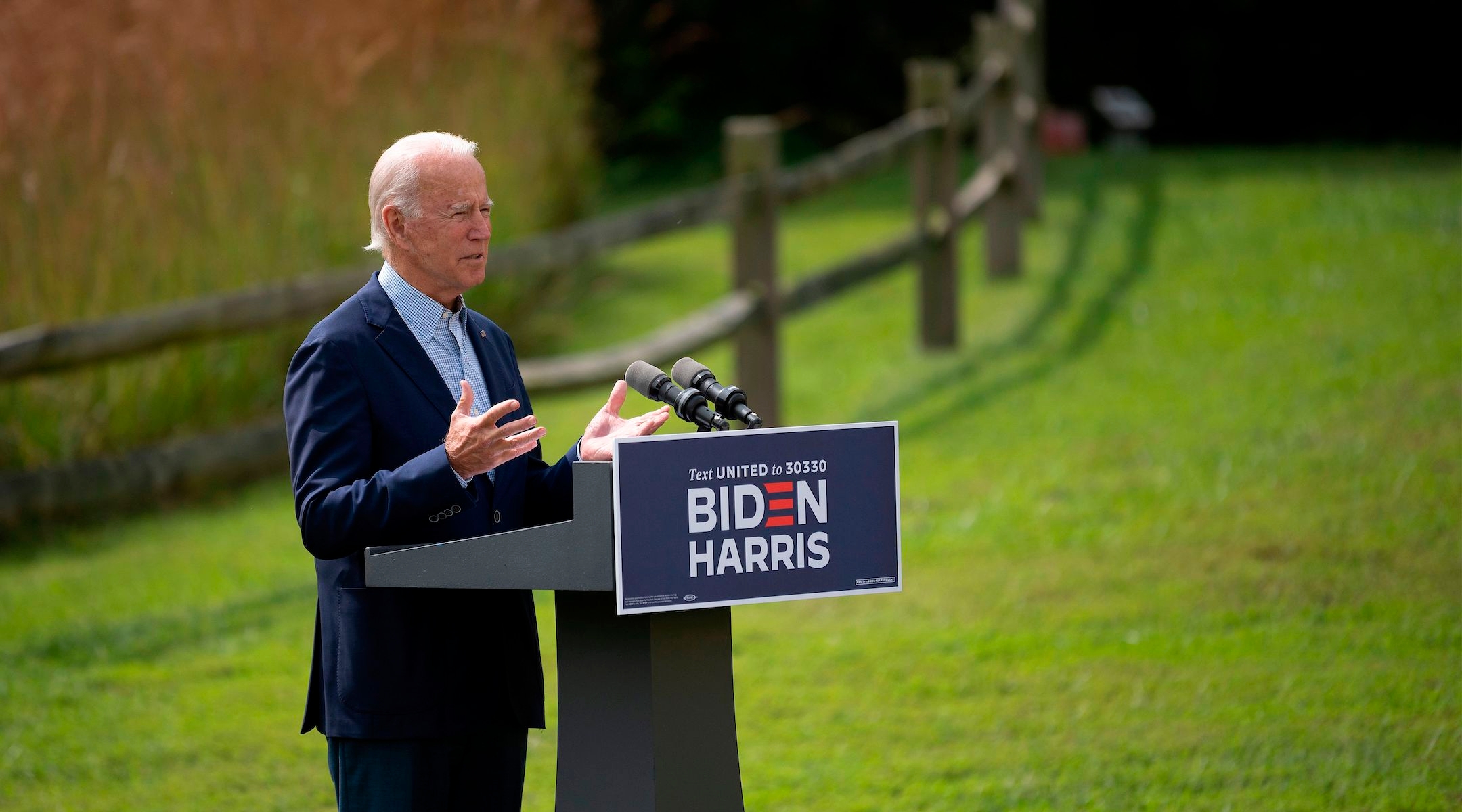 The numbers in the survey released Monday by the Jewish Electorate Institute broke the same way when voters were asked about President Trump’s performance: 67 percent said they disapprove and 30 percent said they approve.

Respondents ranked Biden as better on handling a range of issues, including anti-Semitism and the rise of white nationalism, 67-26; the coronavirus pandemic, 66-24; security of the Jewish community, 55-29; and U.S.-Israel relations, 46-32.

Voters ranked healthcare, the economy and the response to the coronavirus as their most important issues. Lowest ranked out of 19 issues asked about in the poll were Israel, Iran and “Support of a two-state solution to the Israeli-Palestinian conflict.”

Nonetheless, 88 percent of respondents said they were pro-Israel. Analysts have long believed that Jewish voters rank Israel low as an electoral issue when they believe both nominees will pursue a pro-Israel policy.

The online survey of 810 voters was carried out Sept. 2-7 by the Garin Hart Yang research group. The Jewish Electorate Institute is nonpartisan, although its leadership is comprised almost entirely of Jews who have been active in Democratic politics.