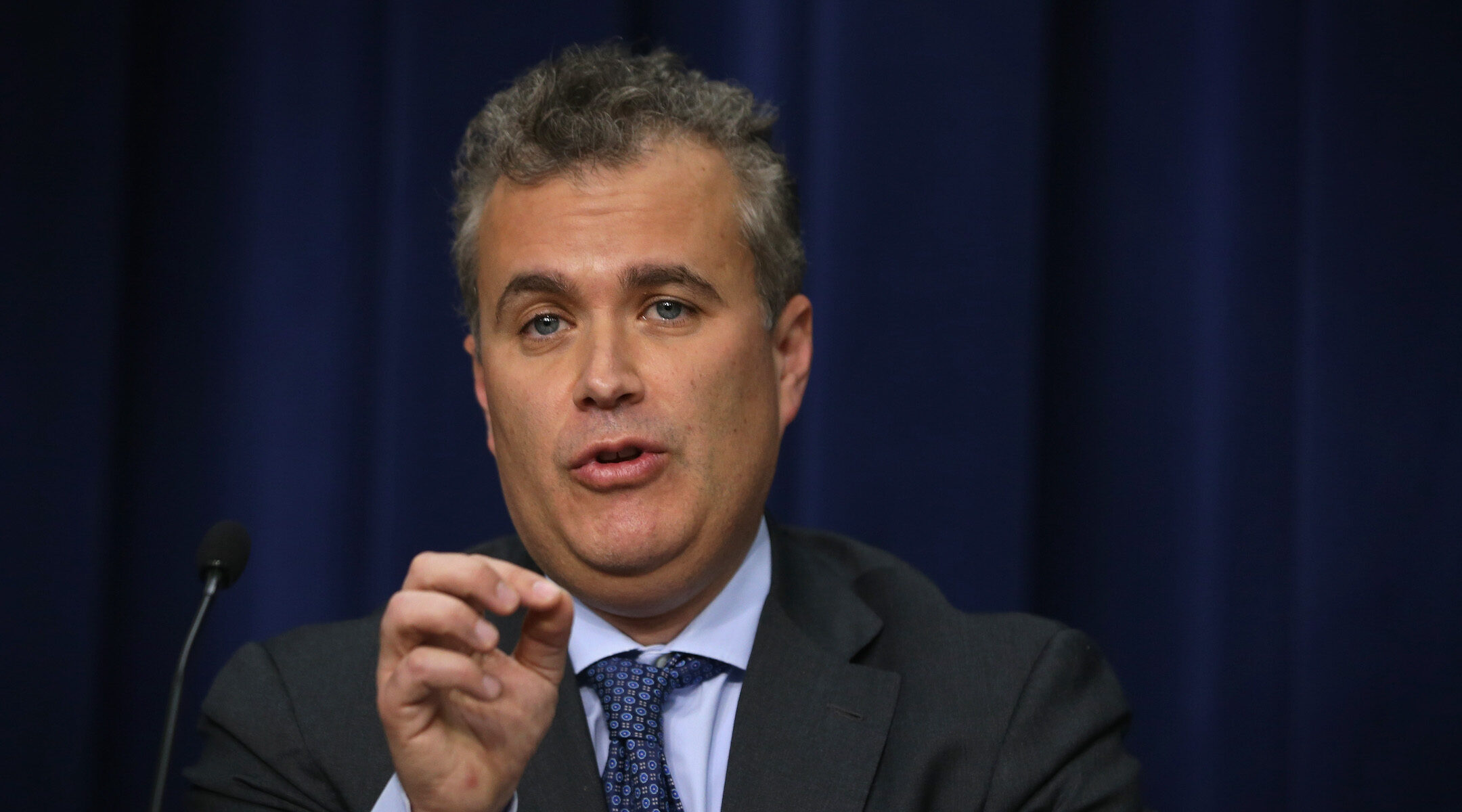 (JTA) — Jeff Zients, a former Obama economic adviser and a leader of the Biden transition team, will lead the new administration’s COVID-19 response. Zients is well known for his work as director of the National Economic Council and acting director of the Office of Management and Budget during the Obama years.

Lesser known is his love of bagels and Jewish delis that led Zients to open a restaurant in Washington, D.C., in 2018 called Call Your Mother.

The deli, which operates in four locations in the capital as well as a number of local farmer’s markets, specializes in wood-fired bagels and, according to the restaurant’s website, “‘Jew-ish‘ deli favorites.” The menu includes an assortment of bagels, smoked salmon, whitefish salad and black and white cookies. There’s even a sandwich named for Rabbi Shira Stutman of Sixth & I, a large D.C. synagogue, that includes hummus, pickled red onions, tomatoes, cucumbers and sumac radishes on a zaatar bagel.

Some of the recipe testing for the deli’s first location was done at Zients’ home, according to Washingtonian magazine. Zients was connected with Andrew Dana, the chef behind Call Your Mother and his business partner, through his father’s friend from summer camp.

According to Washington, Zients originally wanted to name the deli Apples and Honey.

In his role with the Biden administration, Zients will coordinate the administration’s response to the COVID-19 pandemic alongside Vivek Murthy, who served as U.S. surgeon general for the Obama administration, and Marcella Nunez-Smith, currently a co-chair of Biden’s COVID-19 advisory board.

During his years in the Obama administration, Zients helped to save the healthcare.gov website after a glitchy rollout in 2013.