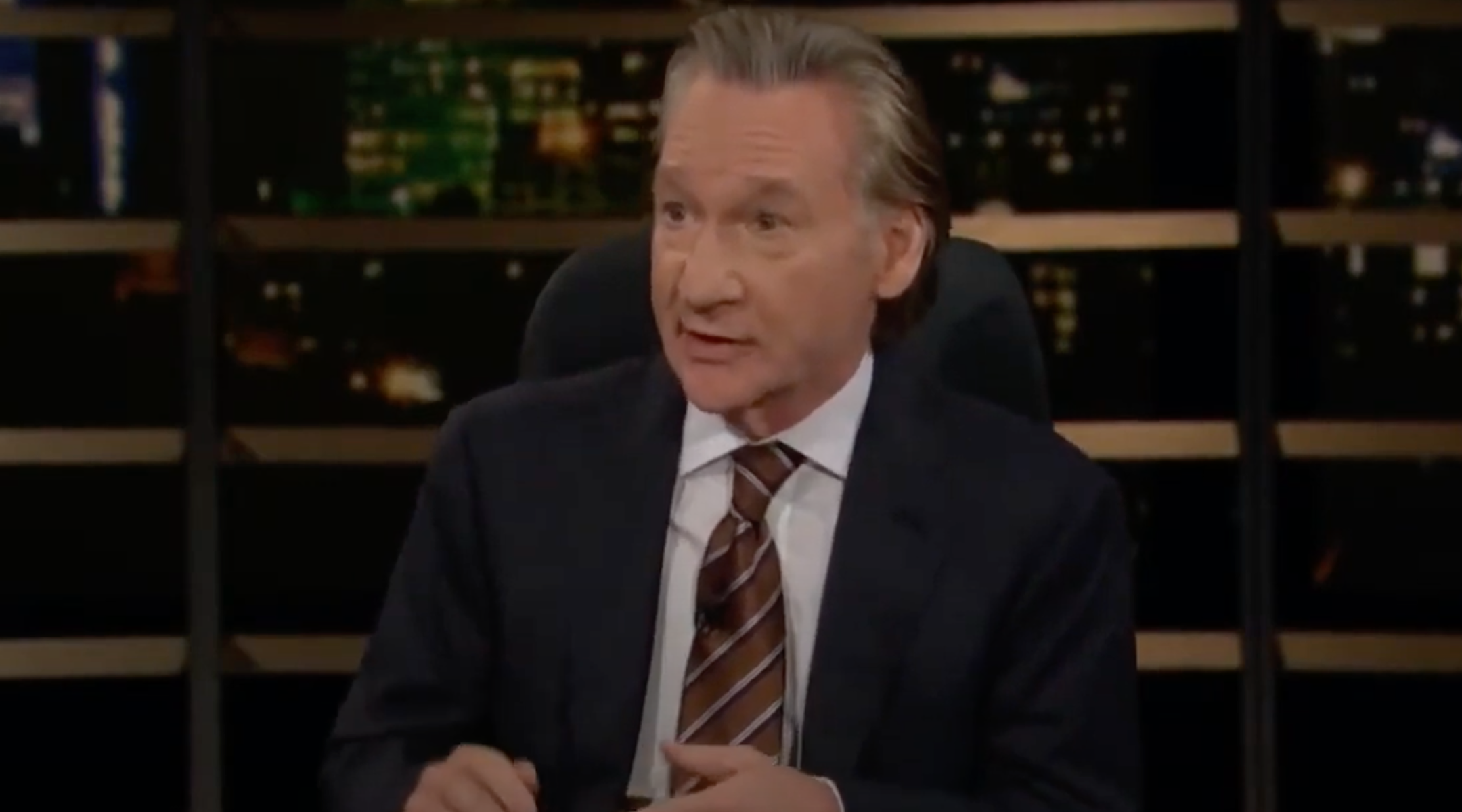 Bill Maher talks about Israel on an episode of his HBO show "Real Time with Bill Maher," May 28, 2021. (Screenshot)
Advertisement

The liberal comedian and political commentator reserved a large portion of his comments for those who have criticized Israel before and during its recent military conflict with Hamas in the Gaza Strip. Maher took aim at the social media messages posted by celebrities such as model Bella Hadid that accused Israel of war crimes.

“You can’t learn history from Instagram. There’s just not enough space,” he said.

New York Times columnist Nicholas Kristof, appearing on the show as a panelist, countered Maher’s arguments, saying that some of Israel’s attacks on Gaza — which began after Hamas fired rockets at Israel on May 9 — should be defined under international law as war crimes.

“War is a crime,” Maher responded, saying that Hamas purposely hides its ammunition in places that house civilians.

Maher then got into historical arguments.

“What if Canada fired 4,000 rockets into America? Or Mexico? Which is an even better analogy, because we actually did steal the land from Mexico,” he said, comparing early American expansion to Israel’s occupation of parts of the West Bank. “I would submit that Israel did not steal anybody’s land. This is another thing I’ve heard the last couple of weeks, words like ‘occupiers’ and ‘colonizers’ and ‘apartheid,’ which I don’t think people understand the history there. The Jews have been in that area of the world since about 1200 B.C., way before the first Muslim or Arab walked the earth.”

He also showed the United Nations’ partition plan of 1947, which had not the Palestinians and their Arab neighbors had rejected would have created two states, one for Palestinians and one for Israelis.

He ended by taking another shot at Hadid, after slamming Hamas and how it rules in Gaza.

“Bella Hadid and her friends would run screaming to Tel Aviv if they had to live in Gaza for one day,” Maher said to applause.