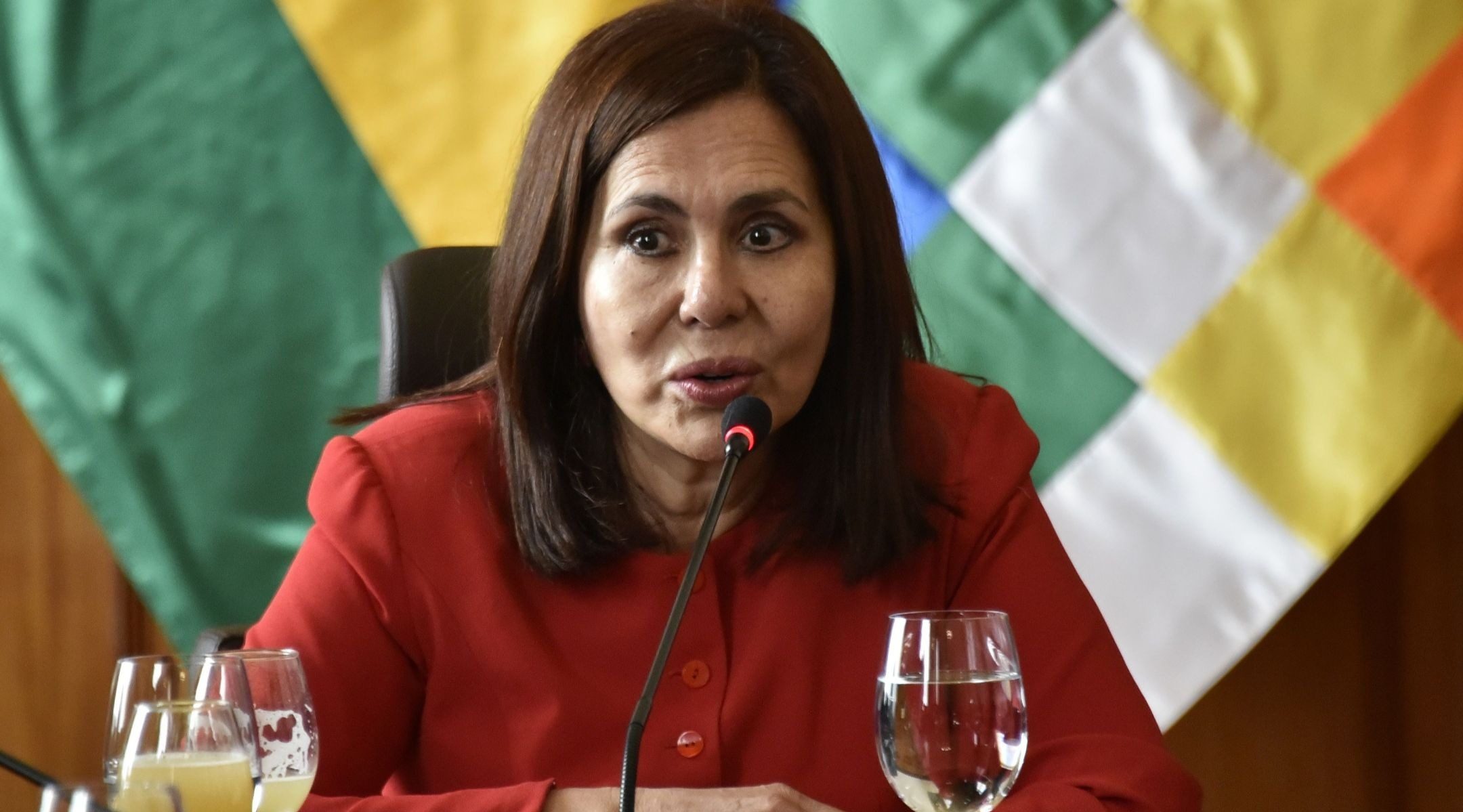 Bolivian Foreign Minister Karen Longaric tells reporters at a news conference in the capital of La Paz that Bolivia will renew diplomatic relations with Israel on Nov. 28, 2019. (Aizar Raldes/AFP via Getty Images)
Advertisement

JERUSALEM (JTA) — Bolivia will renew diplomatic ties with Israel a decade after it broke off relations over Israel’s military operation in Gaza.

The South American nation’s foreign minister, Karen Longaric, made the announcement on Thursday.

Longaric told reporters that the decision was made “out of respect for the sovereignty of the state, cordiality and that relations could lead to positive aspects for both sides and contribute to Bolivian tourism.”

In 2010, then-president Evo Morales formally recognized Palestine as an independent and sovereign state within the 1967 borders.