John Bolton, in Israel, says there is no timeline for US withdrawal from Syria 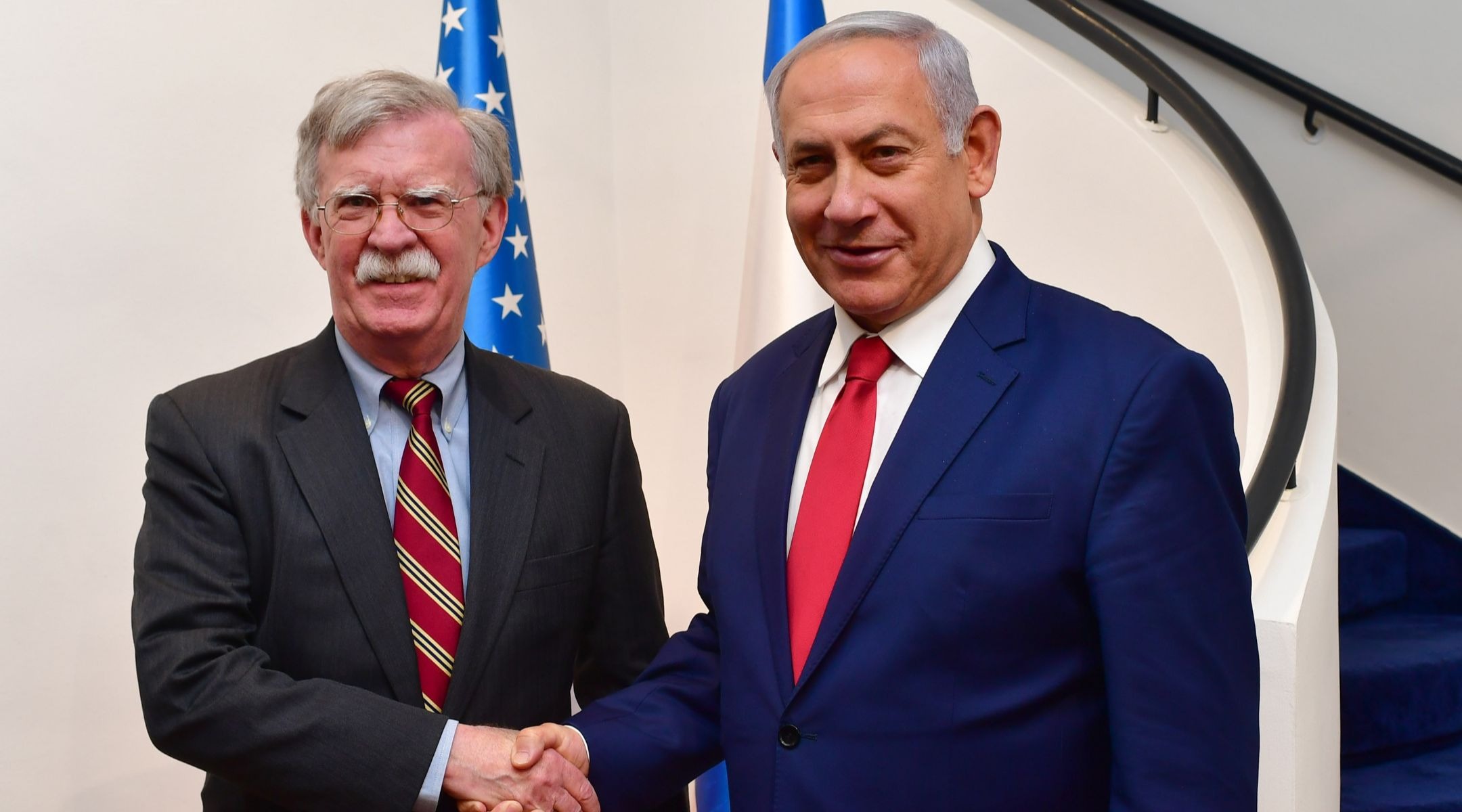 JERUSALEM (JTA) — U.S. National Security Adviser John Bolton said in Israel that there is no timeline for a U.S. withdrawal from Syria and that American troops will remain until the Islamic State is defeated.

Bolton met Sunday with Israeli security and intelligence officials to reassure them over the withdrawal unexpectedly announced by President Donald Trump last month, especially that the U.S. will help Israel if as expected Iranian aggression against Israel from Syria increases. Bolton reportedly disagrees with the withdrawal decision.

Trump also walked back the timetable on Sunday, telling reporters he had “never said we were doing it that quickly.”

“We have the best Israel-U.S. relationship in our history, and on our side we are certainly determined to continue that,” Bolton said during a joint appearance before reporters with Israeli Prime Minister Benjamin Netanyahu on Sunday night.

“President Trump has said repeatedly that he backs Israel’s right to self-defense. He says it proudly and unequivocally. And I would just say to any nation in this region – or not in this region – that has any doubt about America’s support for Israel’s self-defense – it better think about it again.”

Netanyahu called for the United States to recognize Israeli sovereignty over the Golan Heights and said he would take Bolton on a helicopter tour of the Golan on Monday.

“I think that when you’re there, you will be able to understand perfectly why we will never leave the Golan Heights,” Netanyahu said, “and why it’s important that all countries recognize Israel’s sovereignty over the Golan Heights.”