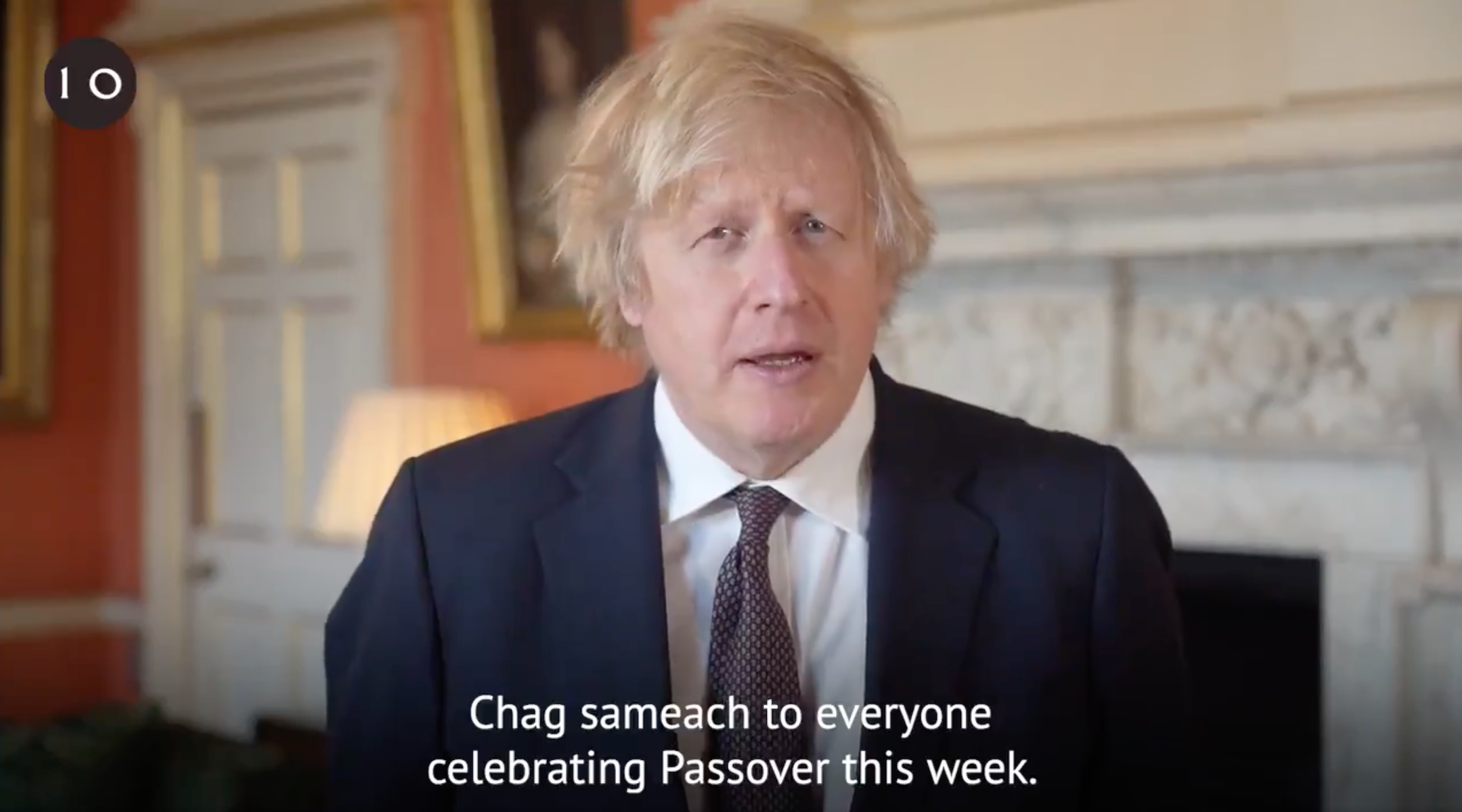 (JTA) — British Prime Minister Boris Johnson wished Jewish Britons a Happy Passover in a video message shared Friday on social media that noted with some Yiddish at least one advantage to the Zoom seder.

Johnson acknowledged that the holiday would be celebrated again in isolation for many with the COVID-19 pandemic ongoing, even as Britain outpaces much of the world in vaccinating its population.

“Sadly for the second year in a row, this most sociable of festivals is taking place at a time when families and friends and neighbors are unable to come together as they usually would,” he said.

More than a year after the pandemic began, Passover arrives as 44% of the United Kingdom’s population has received a first dose of the coronavirus vaccine and infections have plummeted across the country.

While many restrictions remain in place, some are beginning to lift and starting Monday, Britons will be allowed to gather outdoors in groups of six from a maximum of two households. Johnson noted that the timing will facilitate the “matzah ramble,” a British tradition of hikes and picnics during the intermediate days of Passover.

But the gradual lifting of restrictions comes too late to affect seders, which will be held on Saturday and Sunday nights, and must still largely be confined to one household or take place over Zoom.

Here’s what Johnson said about the Zoom seder:

“Even second time around, it’s not quite what everyone is used to, but the haroset will be just as sweet and the matzah just as meaningful,” the prime minister said. “And you get something generations of Jews have dreamed of for millennia: the ability to mute the table’s inevitable kvetch.”