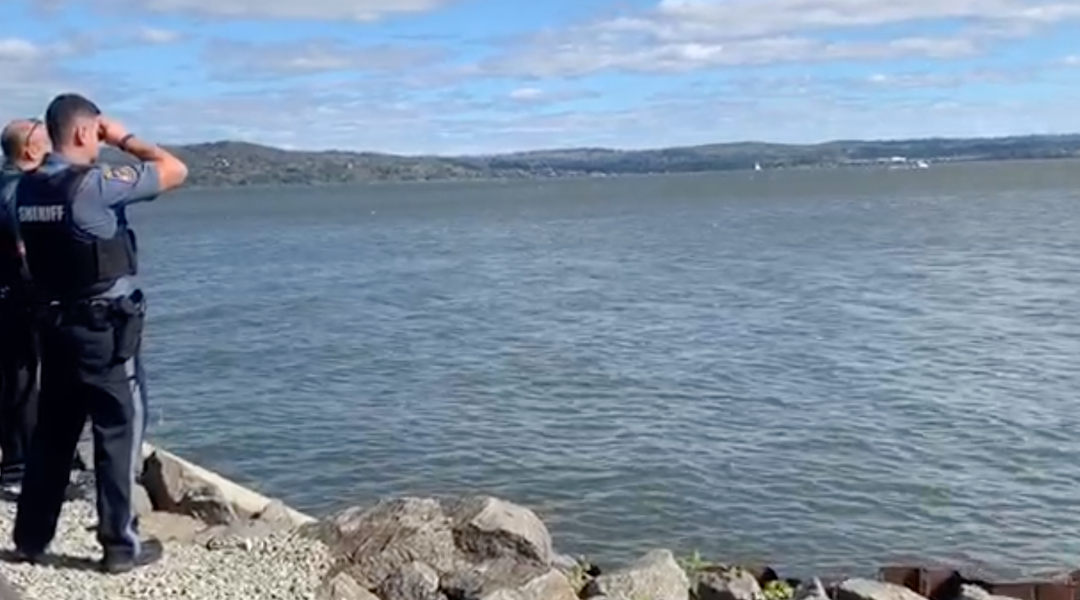 Police surveying the water at Haverstraw Bay Park in Haverstraw, N.Y., after a boat capsized there. (Screenshot from Rockland Fires)
Advertisement

(JTA) — An 8-year-old boy who reportedly is a descendant of a prominent Hasidic rabbi died in a boating accident in New York.

The boy, identified as Yosef Goldman, who was visiting with his family from Israel, died after a boat carrying seven children and an adult capsized on Friday afternoon during a Sukkot holiday outing in Haverstraw Bay Park in Rockland County. All of the occupants of the boat were wearing lifejackets, according to reports.

Six of the children, all under the age of 12, and the adult were found clinging to the side of the boat when they were rescued. Yosef reportedly could not hold on and drifted away.

The Yeshiva World News website reported that Yosef was the great-grandson of Rabbi David Twersky, known as the Skverer Rebbe, the Grand Rabbi and spiritual leader of the village of New Square, New York and of Skverer Hasidism worldwide.

Yosef was buried in Monsey, New York on Friday.