Brazil commits to embassy move to Jerusalem in 2020 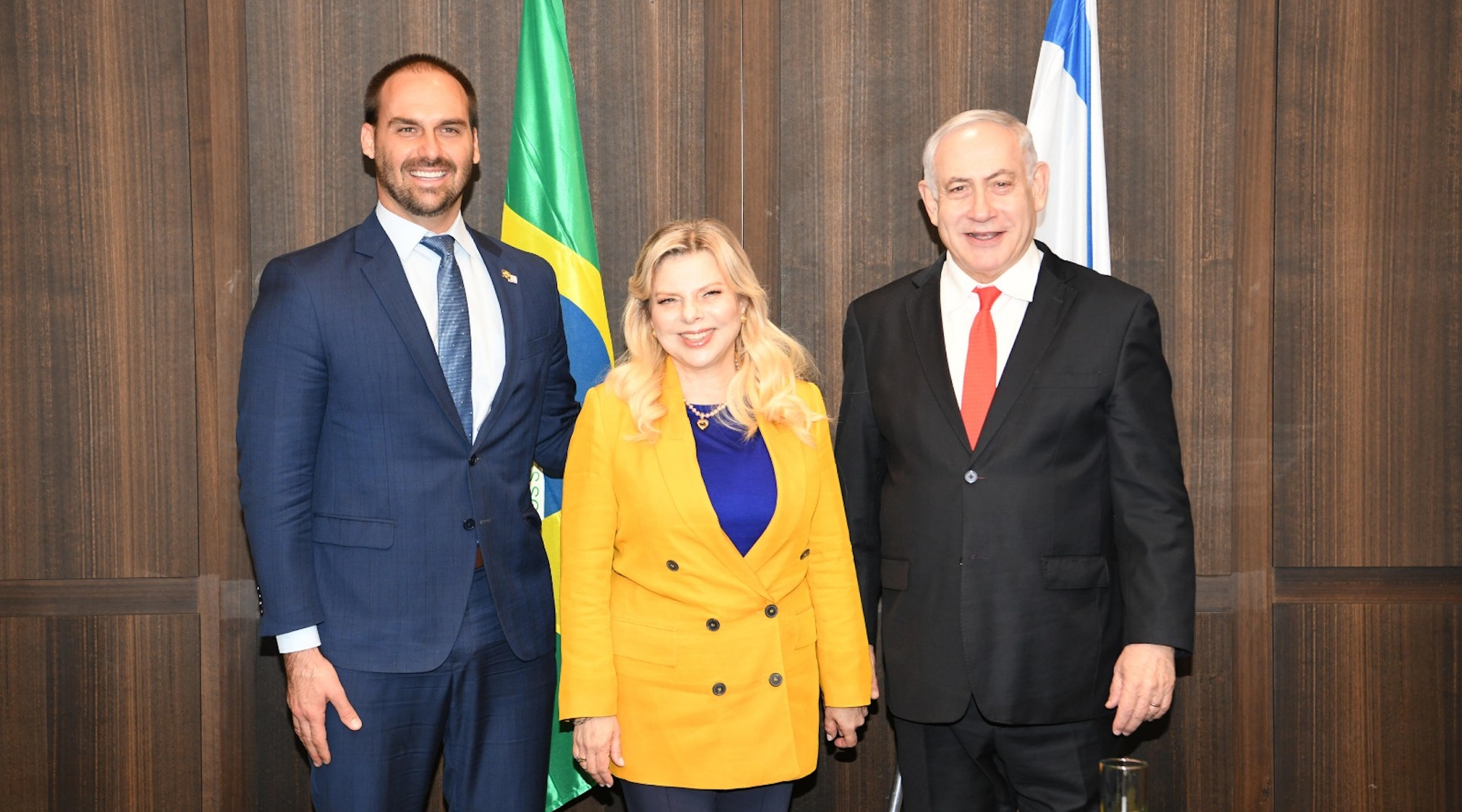 RIO DE JANEIRO (JTA) — Brazil has opened a new trade office in Jerusalem as a first step to moving its embassy to the Israeli capital next year.

Israeli Prime Minister Benjamin Netanyahu and his wife, Sara, attended the opening ceremony on Sunday side by side with Eduardo Bolsonaro, the son of Brazilian President Jair Bolsonaro, who reiterated the relocation pledge from Latin America’s largest nation.

“You have political arguments, you have historical arguments. You have a bunch of arguments to recognize that Jerusalem is your capital. So we’re not going to do something extraordinary. We’re doing a normal thing — to recognize your capital,” said Eduardo Bolsonaro, a congressman who serves as chairman of the Brazilian International Affairs and National Defense Committee.

“We want to do a movement to Jerusalem, not only for Brazil, but to be an example to the rest of Latin America,” he added.

Netanyahu, who during the meeting spoke with President Bolsonaro via his son’s phone, thanked Brazil for supporting Israel in international forums.

“The office is part of something we have agreed upon in the tightening of relations between Israel and Brazil. And here it’s happening today as part of President Bolsonaro’s commitment to open an embassy in Jerusalem next year,” Netanyahu said.