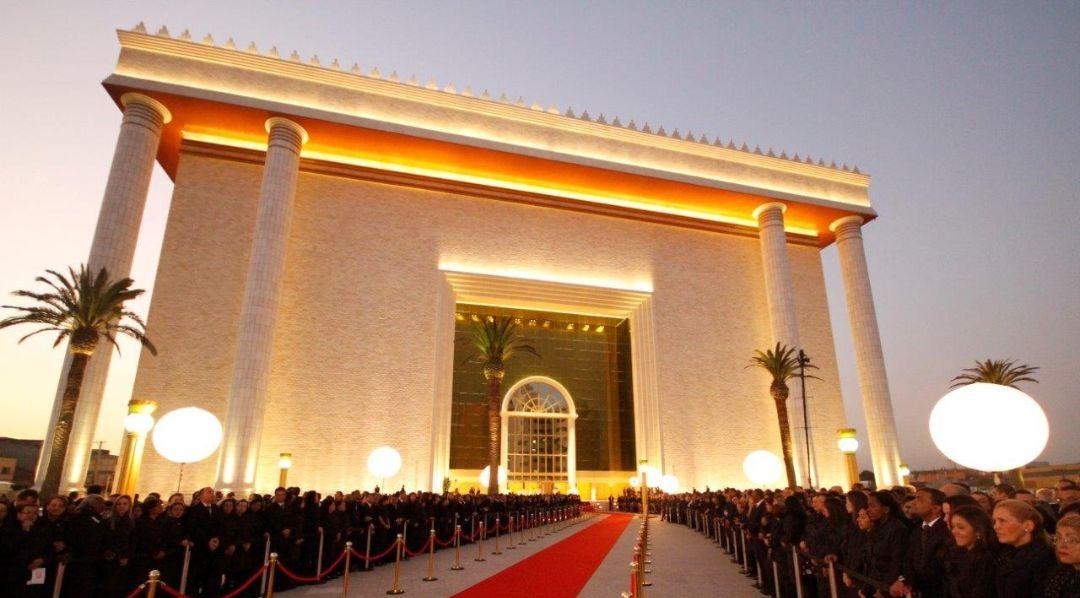 The Solomon's Temple complex of the Universal Church of the Kingdom of God in Sao Paulo, Brazil, seats 10,000. (Demétrio Koch/ Fotos Públicas)
Advertisement

(JTA) – The largest church building in South America’s most populous city will feature a museum dedicated to remembering Holocaust victims.

The Universal Church of the Kingdom of God will build a Holocaust museum within its 10,000-seat Solomon’s Temple complex in Sao Paulo, Brazil — a $300 million replica of the most revered house of worship in the Torah.

The church said in a statement that the project is in the initial phase of consultation with Jewish community leaders, the Estadao newspaper first reported Monday.

The Holocaust museum will be the country’s second following one dedicated by the Jewish community in Curitiba in 2011. In 2017, a Holocaust memorial opened in Sao Paulo.

“It was on a guided tour of Solomon’s Temple a month ago that I was astounded to discover the plan of the church’s leadership,” the Estadao reporter wrote in a first-person feature article. “The clergyman who led the visit, dressed in white robes and biblical sandals, commented at length on the Holocaust Museum.”

Brazilian Jewish leaders have not commented on the proposed museum. However, they have generally taken a relaxed approach to the Solomon’s Temple, which opened in 2014.

“We have to know more about the project,” Fernando Lottenberg, president of the Brazilian Israelite Confederation, told the Jewish Telegraphic Agency. “Holocaust education must be a permanent priority, even more so as anti-Semitism and other prejudices are growing worldwide. A well-curated museum like this can help in the mission of keeping alive the memory of Nazi extermination.”