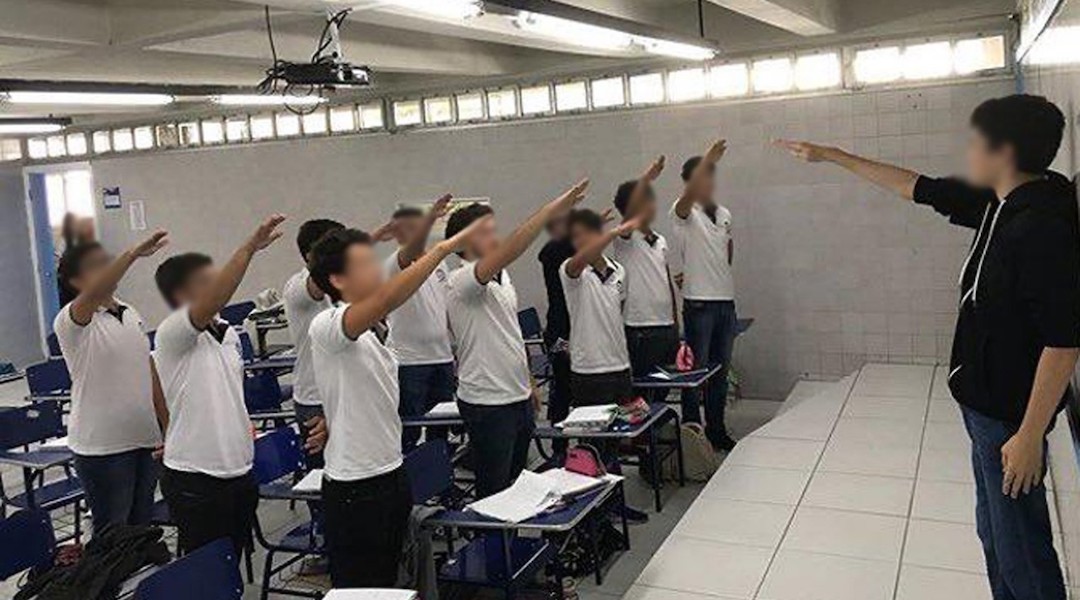 RIO DE JANEIRO (JTA) — A group of 11 senior students from a Brazilian high school made the Nazi salute in support of a classmate running to become their speaker.

The students aged between 16 and 17 stood with one of their arms outstretched facing their colleague, displaying the gesture used by Nazis who supported Adolf Hitler.

The scene took place at Saint Mary School, a private school in Brazil’s northeastern city of Recife. A picture was posted on Instagram on Wednesday along with a message full of Nazi-related terms, reported the Folha de Sao Paulo newspaper and other Brazilian media on Thursday.

“He promises to be the new Fuhrer of the grade on this journey towards building a new and innovative Reich,” the post said.

“A people person with good rhetoric,” it continued, followed by hashtags with the words “Aryan” and “fourth Reich.” It also included unrelated lewd comments.

On Thursday, the school principal met with the students, who were suspended for one week, and their parents. The account on which the picture was posted was removed from the internet.

“We apologize to all those who were offended,” read a school note. “Our school does not support any behavior that goes against Christian and ethical values and in relation to valuing life and respecting all races, peoples and beliefs.”