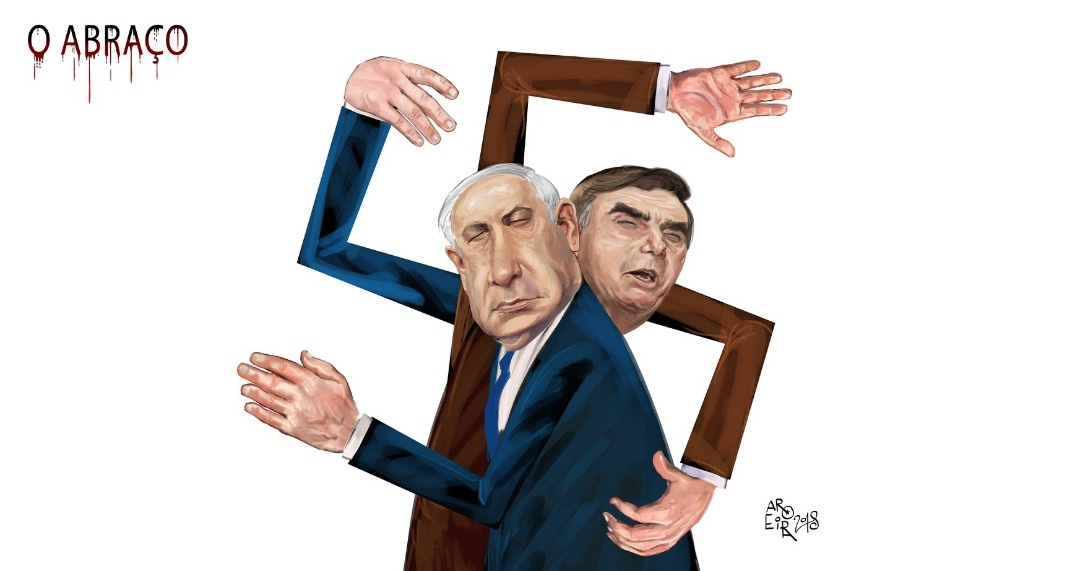 RIO DE JANEIRO (JTA) — Brazilian Jews have filed a lawsuit against an iconic cartoonist over a drawing that was considered anti-Semitic.

The Rio Jewish federation sued cartoonist Aroeira for his image featuring Israeli Prime Minister Benjamin Netanyahu and Brazil’s new president, Jair Bolsonaro, in a hug with their arms held in the shape of a swastika. The cartoon was published by O Dia newspaper and circulated on social media.

“Art can never be used to offend the memory of millions of people who died in World War II. The issue will be viewed with severity. We can’t tolerate the offense to Jews and other minorities,” Jewish federation President Arnon Velmovitsky told the weekly television show Comunidade na TV on Sunday.

The lawsuit made headlines after Rio’s largest newspaper, O Globo, highlighted the fact that the Jewish federation’s legal department is led by Rodrigo Fux, who is son of Brazilian Supreme Court Justice Luis Fux.

Netanyahu attended Bolsonaro’s inauguration on January 1 in Brasilia, the first sitting Israeli prime minister to visit Latin America’s largest nation. They called each other brothers and promised a new era of friendly ties between both countries.

Netanyahu invited Bolsonaro, who reiterated his commitment to transfer the Brazilian embassy from Tel Aviv to Jerusalem, to visit the Jewish state soon.