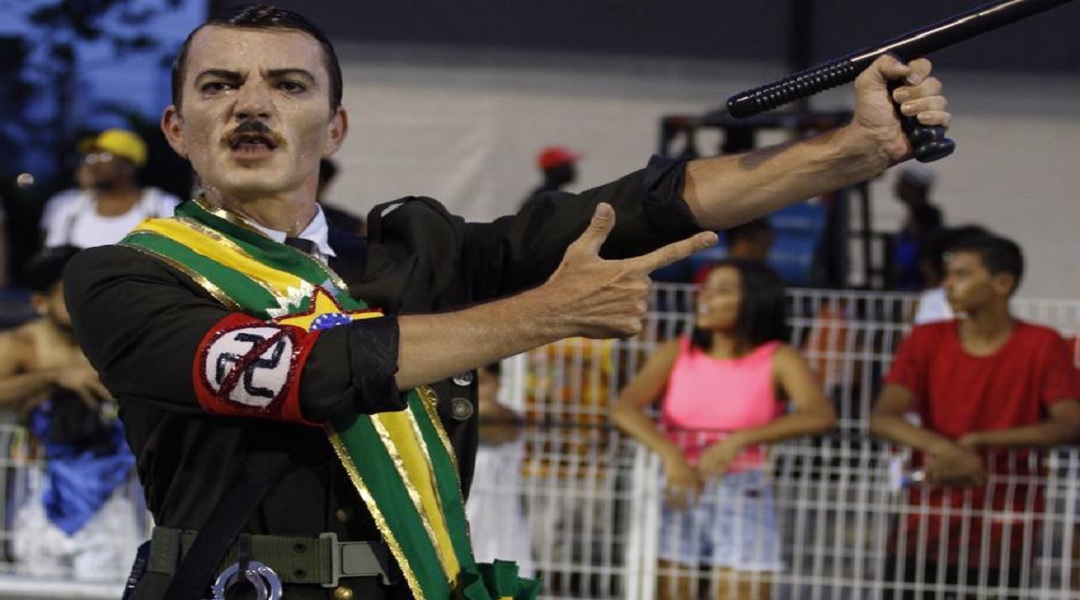 Rehearsing for the annual Carnival parades, a dancer from the Aguia de Ouro samba school in Sao Paulo wore a costume Saturday depicting Bolsonaro as Adolf Hitler. The dancer wore a swastika armband — with the Nazi symbol slashed over — and carried a rifle and a baton.

The performance was recorded and reported by the Carnavalesco website, which specializes in news about the Carnival, which will be held in early March.

“We always repudiate it when someone associates the crimes committed during Nazism with some fact of everyday life,” the Sao Paulo Jewish federation said in a statement Sunday. “The Holocaust is something very sensitive to the Jewish community around the world and to all who have suffered through this barbarism.”

The samba school’s president, Sidnei Carriuolo Antonio, apologized to Jewish officials in a phone call, according to the federation.

“This was an isolated attitude of a member that took the opportunity to personally promote himself,” Antonio told the officials. “We have already taken the necessary steps to prevent it from happening.”

Similarly controversial Carnival floats involving Jews and the Holocaust have been seen in past Rio and Sao Paulo parades, often to make a political point about fascism or the horrors of the past. In most cases, Jewish officials have been successful in having the figures or floats removed before the parades, which are televised to hundreds of millions across the world, by emphasizing that such imagery is offensive to the Jewish community and trivializes their suffering.