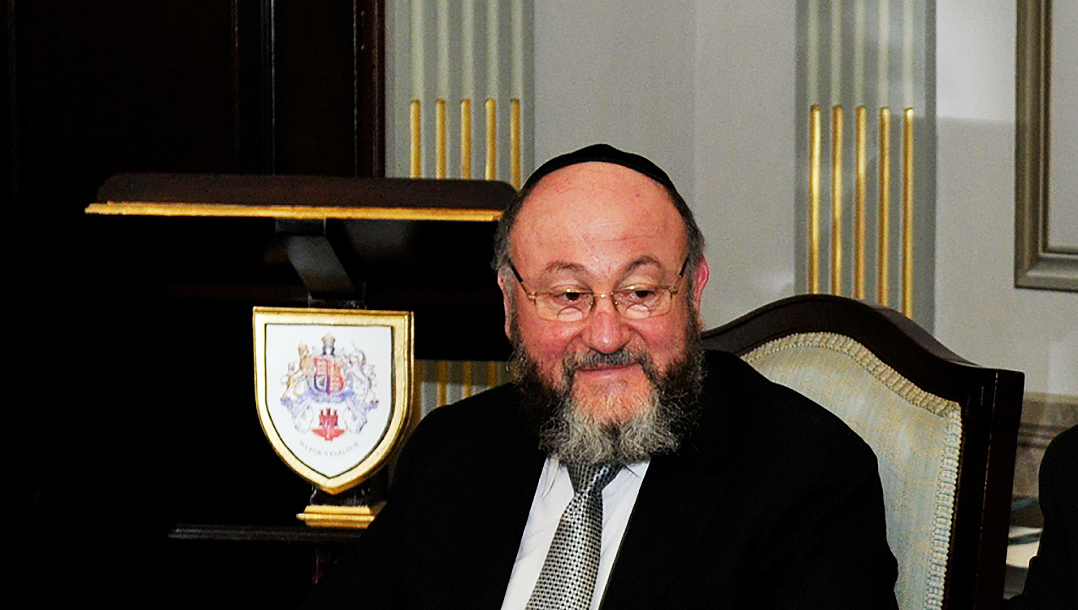 (JTA) — In an unusual intervention, British Chief Rabbi Ephraim Mirvis said that he is “compelled to speak out” on the plight of China’s Uighur Muslim minority.

Members of that minority face “forced imprisonment, the separation of children from their parents and a culture of intimidation and fear,” he wrote in an op-ed Tuesday in The Guardian, leaving him “reflecting upon the deep pain of Jewish persecution throughout the ages.”

China cracked down on its Uyghur population in 2017, in what many witnesses said was a militarized action that put many thousands of Uighurs in detention camps, among other restrictions. Chinese officials have disputed this, saying they are targeting extremists.

British chief rabbis rarely speak out on societal matters that do not directly affect their community.

“It is clear that there must be an urgent, independent and unfettered investigation into what is happening,” Mirvis wrote in the op-ed.

Those responsible, he added, “must be held to account and Uighurs able to escape must be given asylum.”

He urged readers to write to their lawmakers, the media and others to take action. He also likened the oppression of Uyghurs to that of Blacks in his native South Africa.

“Talk to your friends about what is happening and encourage them to do the same. Let no person say that the responsibility lies with others,” wrote Mirvis.