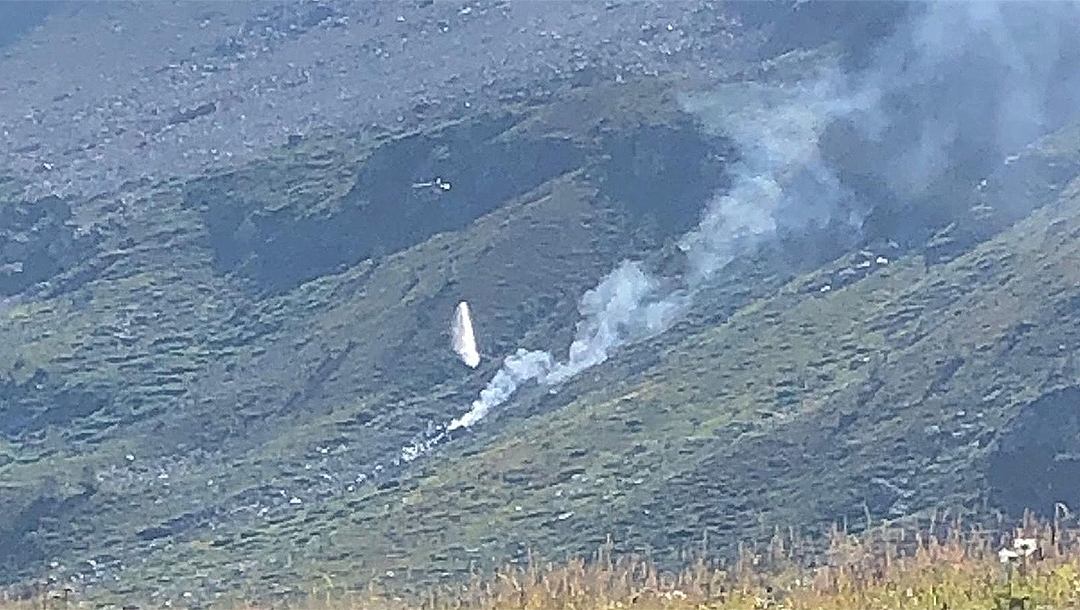 The site of the crash of the airplane of Jonathan Goldstein, his wife and daughter, in Switzerland on Aug. 25, 2019. (Swiss Police)
Advertisement

(JTA) — British composer Jonathan Goldstein, his saxophonist wife, Hannah, and their 7-month-old daughter were killed in a plane crash in Switzerland.

The three bodies were found at the site of the crash Sunday amid debris from the Piper airplane that Goldstein, 50, was flying through the Simplon Pass in southern Switzerland, the Swiss news site Nau reported.

Hannah Goldstein, nee Marcinowicz, was 36. She and Goldstein were married in 2016, and their daughter, Saskia, was born this year.

Goldstein began his career as a music director for the Royal Shakespeare Company and the National Theatre. He went on to assist on the soundtrack for Martin Scorsese’s “Cape Fear” as well as re-recordings of famous soundtracks such as the score to the director’s classic movie “Taxi Driver.”

Along with film and broadcast music, as the founder of the Goldstein Music Group he worked on music for high-profile advertising campaigns featuring dozens of international brands, including American Express, Lexus, Sony and Tesco, The Jewish Chronicle wrote in its reporting on the tragedy.