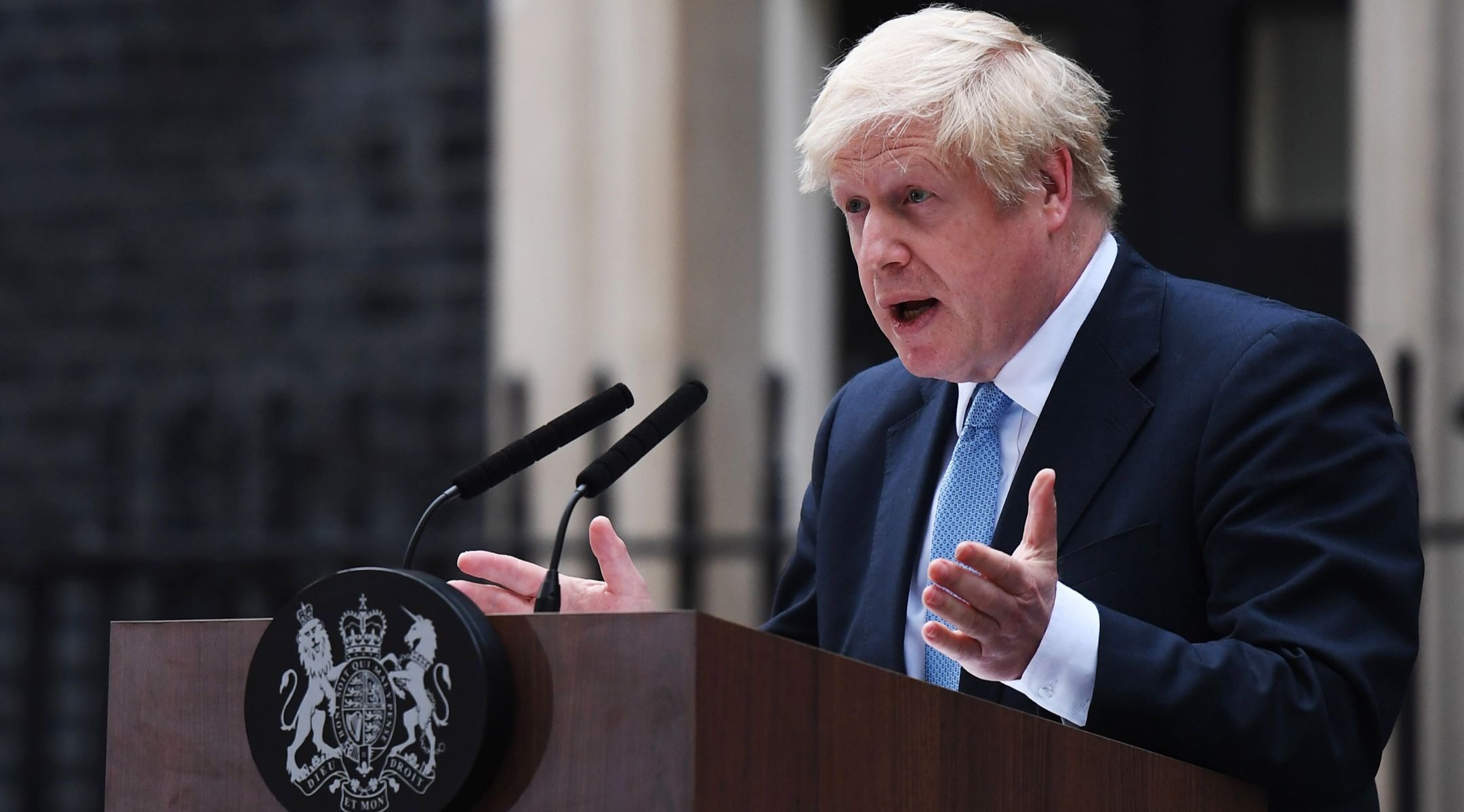 Boris Johnson calls on lawmakers to support a "No Deal" Brexit, on Sept. 2, 2019 in London. (Chris J Ratcliffe/Getty Images)
Advertisement

(JTA) — British Prime Minister Boris Johnson attempted, and failed, to blow a shofar while on a visit to northern England.

During a visit Friday to meet voters in Doncaster, Yorkshire, the newly minted prime minister was approached by a woman who invited him to “blow the holy shofar.” She explained that the instrument, which she said is “like a trumpet,” is from Israel.

Johnson expressed concern about whether he is allowed to blow the holy instrument, which is used by Jews on Rosh Hashanah and Yom Kippur and during the month leading up to the High Holidays, and the woman responded that “God has authorized you.”

The exchange was posted in a video online by Britain’s Channel 5 News.

Johnson was not able to get a sound out of the instrument, but managed to utter the age-old pun “Shofar so good,” before handing it back to the woman.

Johnson also tried to blow the shofar in 2011, when he was the mayor of London, during a groundbreaking ceremony for the city’s new Jewish community Center building in Finchley, which took place the day before Yom Kippur. He managed to get a sound out of it that time following a short tutorial by the then-chief rabbi, Jonathan Sacks.

A strange moment for Boris Johnson in #Doncaster as he was asked to blow a holy Shofar horn.

His adviser was not keen but the PM gave it a good go anyway, only to be let down by his technique. pic.twitter.com/6jywCGQicQ