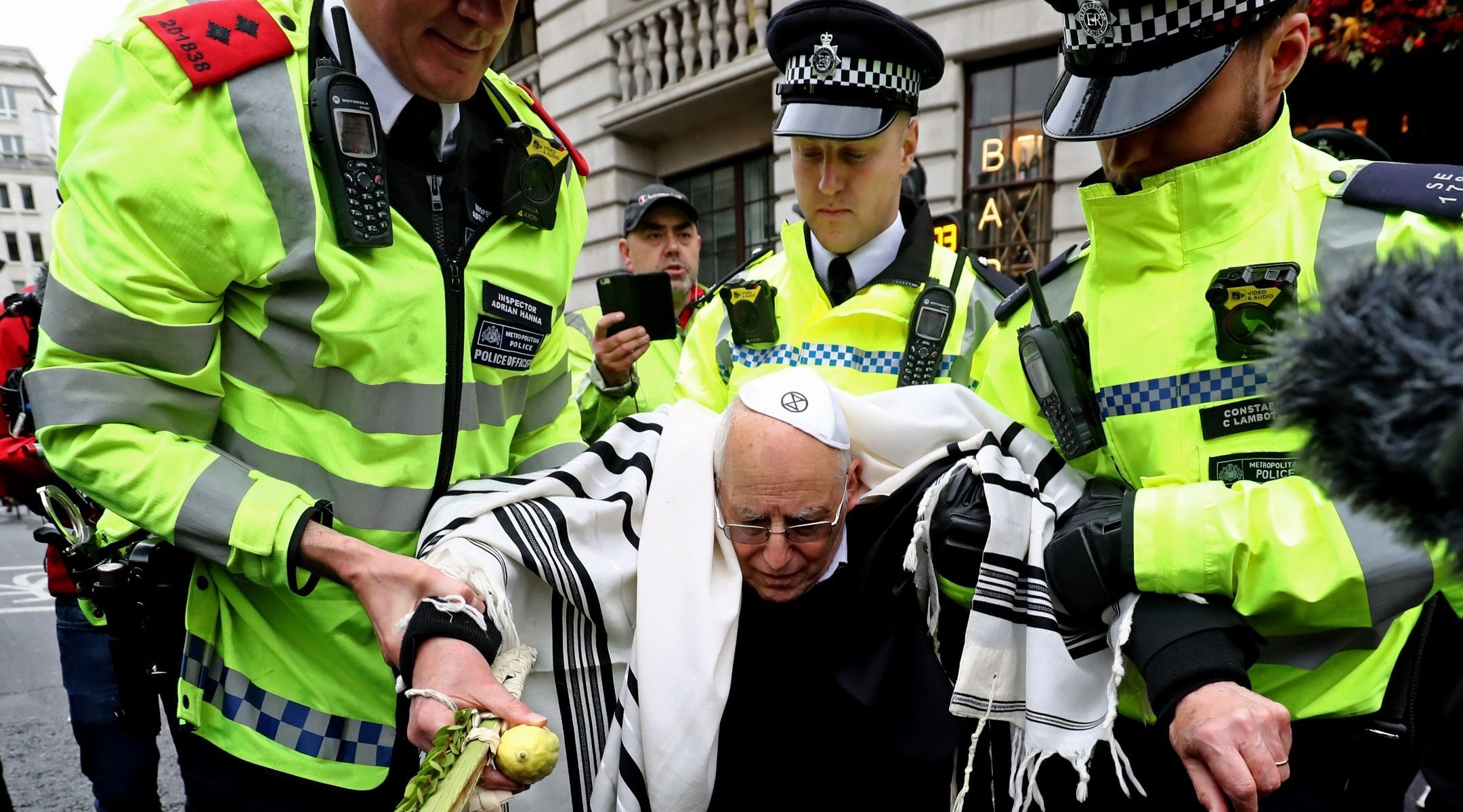 (JTA) — A 77-year-old British rabbi was arrested and dragged away by police while wearing his tallit and carrying the four species of Sukkot during a climate change protest in London.

Rabbi Jeffrey Newman, rabbi emeritus of Finchley Reform Synagogue, located in north London, was arrested on Monday in central London, according to reports. The incident was captured on video and posted on YouTube. The rabbi, who had kneeled in the middle of the road and begun praying during the Extinction Rebellion protests in London, had arrived at the protest with 30 Jewish activists.

“I see it as my religious and moral duty to stand up for what I believe in, and what I care about, for my grandchildren,” Newman told local media. “I haven’t tried to involve the synagogue, because if you are asking for permission, you might not get it. I think it’s much more important to do what I’m doing, and they can approve or not approve at a later date.”

He wore a kippa bearing the Extinction Rebellion logo.

Newman is an adviser to the International Secretariat of the United Nations’ Earth Charter, a set of 16 principles for a sustainable global society. He has been involved with global environmental movements for about 50 years.

Founded in Britain last year, Extinction Rebellion has chapters in about 50 countries and wants to achieve net zero carbon emissions by 2025.