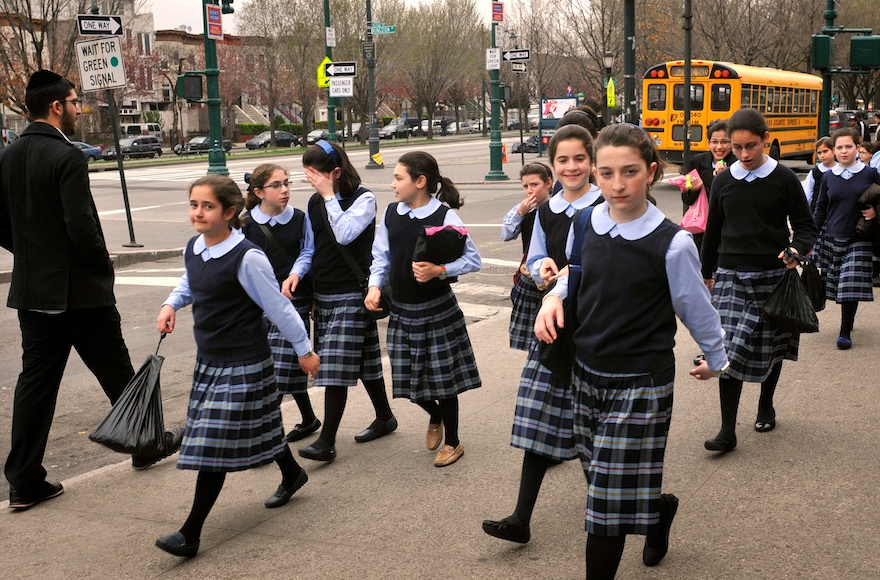 (JTA) — An Orthodox girls’ school in Brooklyn has installed bullet-resistant classroom doors to keep out shooters.

Bnos Menachem in the heavily Hasidic Crown Heights neighborhood is the first of more than 50 Jewish schools and synagogues in Brooklyn to have the 150-pound metal doors installed by an Israel-based manufacturer, the New York Post reported Saturday.

The doors cost $2,500. The school was able to secure about $150,000 in a state Homeland Security grant, the Post reported, citing the manufacturer, Remo Security Doors.

Remo’s president, Omer Barnes, said a bullet may penetrate the door, but a shooter could not get in.

“No weapon will open the door,” he told the Post.

A mother of one of the students told the newspaper that “it’s a very secure feeling to know that there’s a security measure and that they’re really thinking about the safety of the children.”

Following recent shootings at synagogues in Pittsburgh and Poway, California, congregations across the country are drilling their members on how to act in a shooting attack on their premises.

In May, the New York Police Department said that the number of hate crimes reported this year was nearly double the number reported in 2018 during the same period – and most incidents are anti-Semitic. Crown Heights, in particular, has seen a spike in violent anti-Semitic incidents.