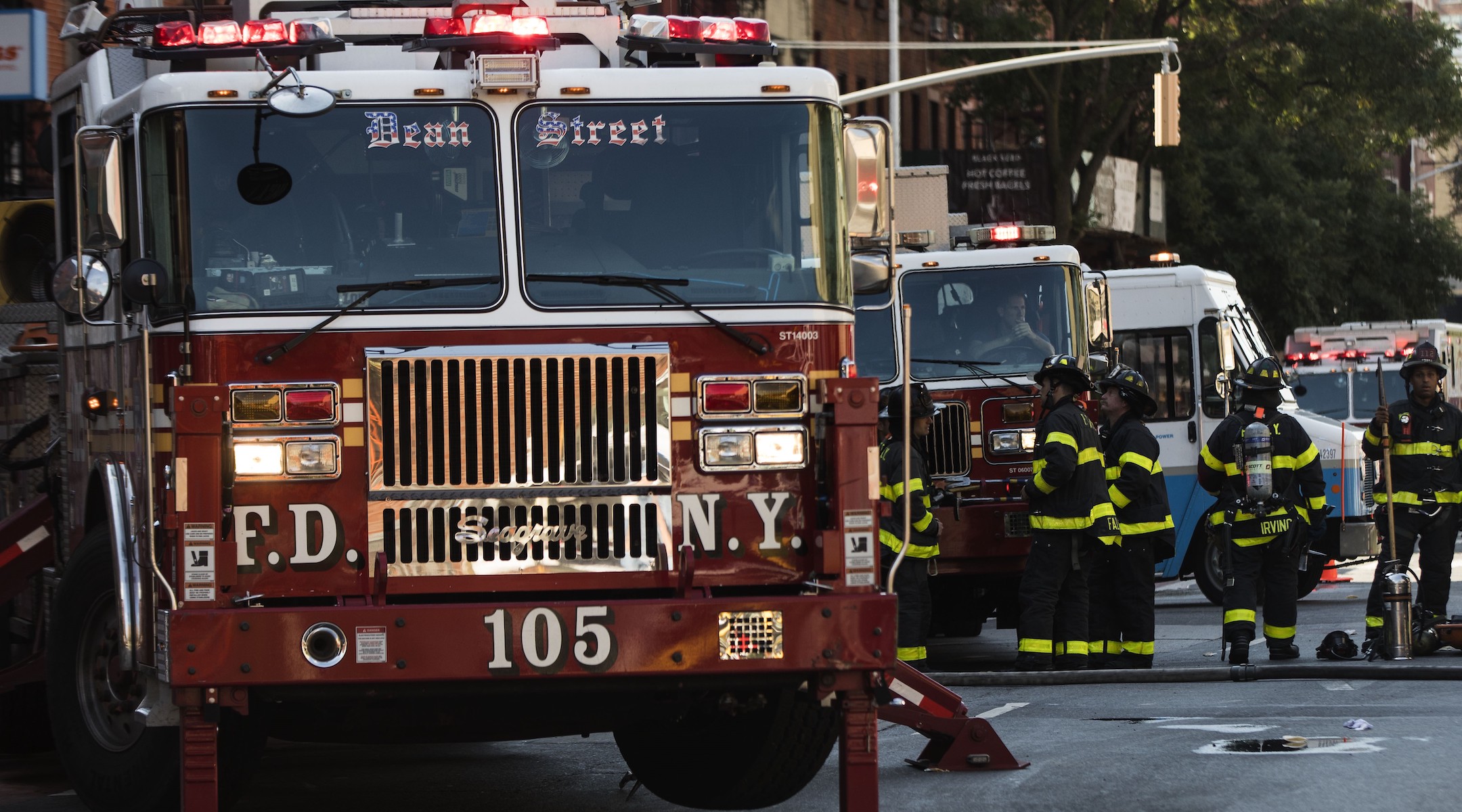 NEW YORK (JTA) — The home of a Brooklyn rabbi erupted in fire early Friday in what investigators suspect was an arson attack by a man who has accused the rabbi of sexual misconduct.

Thirteen people, including a 6-week-old baby, were injured. None of the injuries were life-threatening, although 12 people were sent to the hospital, including nine civilians, two firefighters and an EMS medic.

The blaze erupted in a car outside a home in the Midwood neighborhood and spread to three others, including that of Rabbi Jonathan Max, the New York Daily News reported.

Investigators are looking into Menachem Karelefsky as a suspect, according to the Daily News. The Pittsburgh resident, who also goes by Matthew, posted on his LinkedIn profile that Max, a teacher at the Chaim Berlin Yeshiva, molested him in the yeshiva’s dormitory.

A phone number listed on Karelefsky’s LinkedIn profile leads to a voicemail message in Hebrew that says “May the name and memory of Rabbi Max be erased, simply, really, forever.” Karelefsky declined via text message to comment.

Whether Karelefsky in fact had any contact with the rabbi — or what the nature of that contact was — is unclear. There do not appear to be any other public accusations of sexual misconduct against Max. Karelefsky has repeated his allegations on various Orthodox blogs.

The rabbi’s son told the Daily News that Karelefsky was “a psychopath.”

“He said he was going to make an attempt on my dad’s life,” Ezra Max said. “He’s a sick individual who needs help.”

A Midwood resident, Shimon Gifter, told the Daily News that Karelefsky had threatened to kill the rabbi for years.

“He lives in Pittsburgh, but people saw him around the neighborhood yesterday,” Gifter said. “He was asking people where Rabbi Max is, ‘I want to kill him.’ But people didn’t believe him. He’s been saying stuff like that for 10 years. He said to me, ‘I want him to drop dead.’”