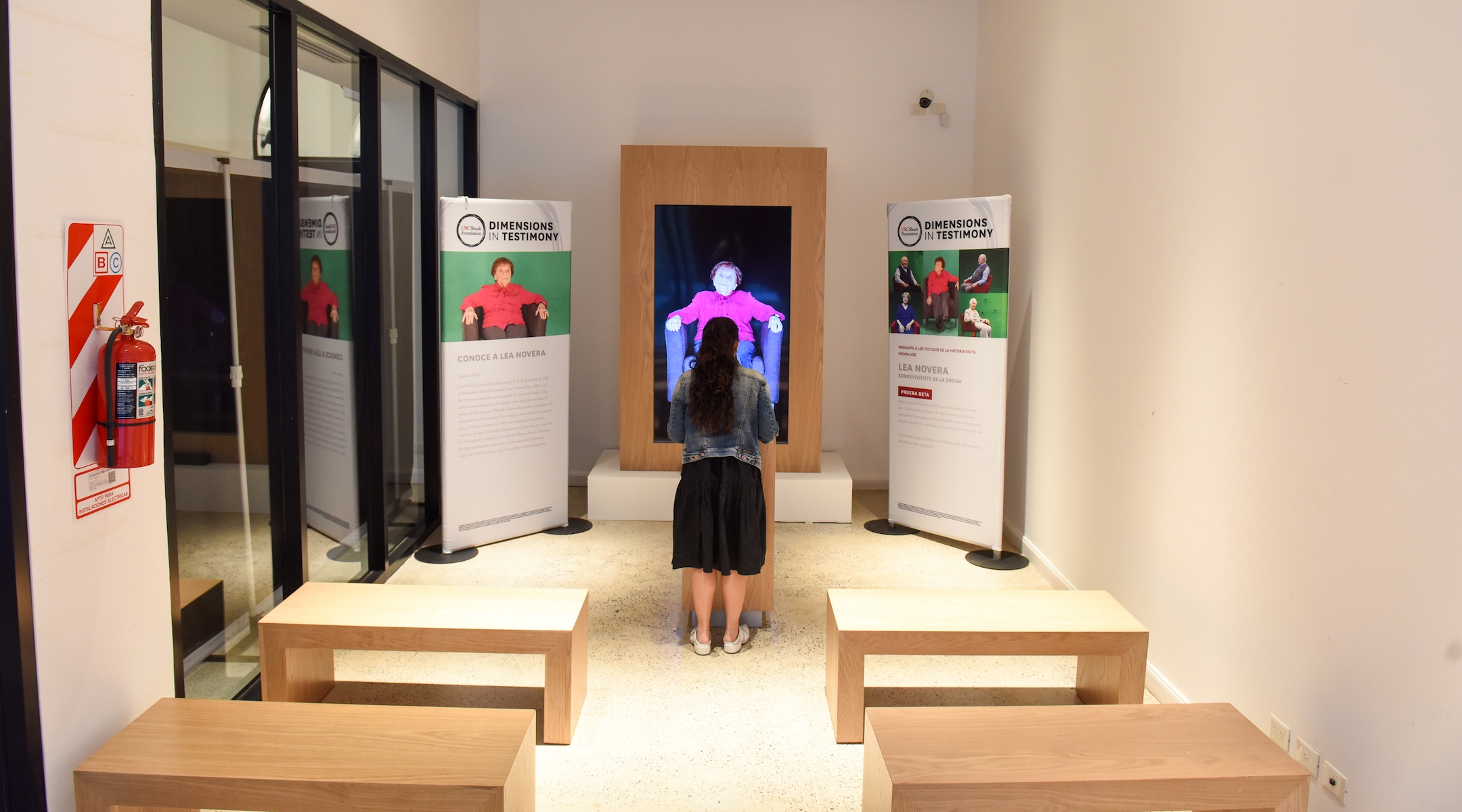 BUENOS AIRES, Argentina (JTA) — After a two-year expansion and modernization, the Buenos Aires Holocaust museum has reopened to the public and now allows visitors to virtually talk with holograms of Holocaust survivors.

The technology, called “Dimensions in Testimony” and produced in conjunction the Shoah Foundation at the University of Southern California, has been on view at museums in the United States. The Buenos Aires museum is the first to present it in Spanish.

The $4.5 million renovation increased the museum’s size by nearly 11,000 square feet. Nearly half the museum now hosts a permanent exhibition for the first time.

Public and private school students in Buenos Aires will visit the new exhibition as part of their official curriculum, Buenos Aires Mayor Horacio Rodríguez Larreta announced at a presentation of the new museum last year.

The museum was inaugurated in 2000 and had been closed since 2017. It reopened on Monday.